How to get through being sick with a sick baby

Your little one falling ill is bad enough. You, too, is a nightmare 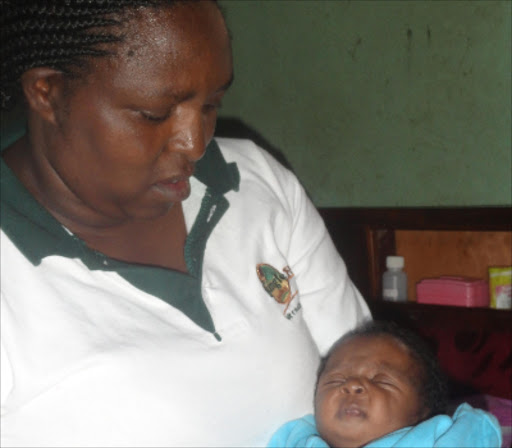 Grace Njeri with her newborn child Irene Nyambura at their home in Makongeni, Thika
Image: FILE

They say there is nothing worse than a sick baby. As mothers, it is often our worst nightmares when the littlings get ill. We not only have to give them extra care and affection and deal with all the fusses, throw-ups (or downs, if you catch my drift) as well as shouldering the constant worry. Well, as it turns out, it can get worse… When you and your little one fall sick together.

If you are a follower of my little musings section, you will recognise that I skipped a session. My baby and I were so sick, I could not give precedence to anything or anyone. I had to take time out to heal. My baby had a fever one woeful Wednesday, which I kept an eye on but shrugged off as teething. As the night progressed and two doses of CalPol proved ineffective for the constant fever, I knew it was time to see the paediatrician.

He had caught the viral flu that has been plaguing the Kenyan highlands over the last few weeks. The seasonal homa had found itself in Mombasa, where it left no victims standing. At the doctor’s office, I was also struggling to talk coherently as my own ENT system was severely compromised. By nightfall, I was down.

Now imagine having a throbbing headache, ENT inflammation, coughing and a sick baby in tow. It was not easy but I realised that I handled my illnesses very different than I would have pre-baby. I did not just lie around grunting and complaining about my aches and the fact that my throat was too swollen to swallow. If anything, I forced myself to move around and eat. I ate every chance I had so I could have the strength to care for the baby. I prioritised my health with the sole purpose of being able to nurse my child.

I also slept when he slept. We slept more than we would ordinarily and as often as possible. Sleeping is vital for recovery and healing. We co-slept throughout, as I did not have the energy to place him in and out of the crib. This allowed us to sleep better and longer. To date, my son is immune to my coughing sounds in his sleep. He just does not hear it anymore.

I tried maintaining some sense of normalcy in our routines: we both bathed and changed clothes every day. I did not want to succumb in the rut of illness, where you not only feel like hell but also look like you walked through one.

I encouraged the baby to play whenever he had his energy levels restored and comforted him whenever he was tired. I also relied on the help from people around me to get through the hellish time in one piece. It is important to take advantage of the help we get to reconnect with ourselves so we can be the pillar of strength our children need us to be for them.