Degrees are no guarantee of good political leadership

The only school from which no one graduates is experience

• While life is a college, some avoid reality and tell us to focus instead on documents 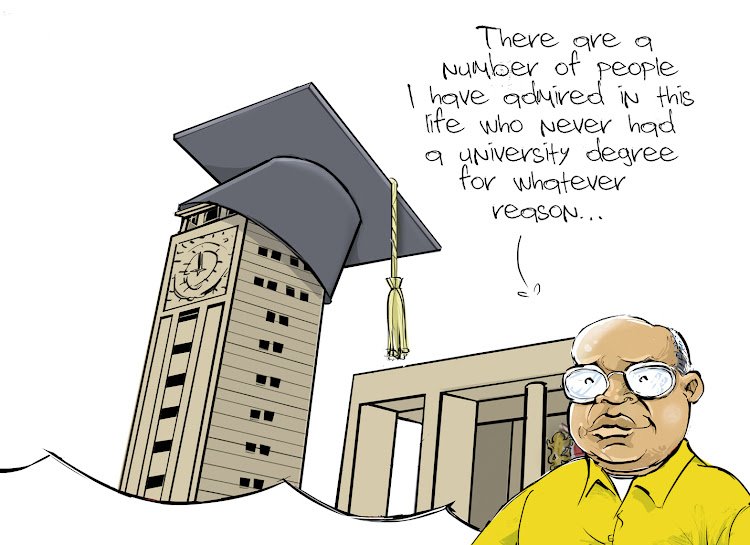 Madonsela, who is currently a professor of law occupying the Law Trust Research Chair in Social Justice at Stellenbosch University, was reacting to reports that Kenya’s Commission for University Education (CUE) had revoked its earlier recognition of a degree from a Ugandan university that Nairobi Senator Johnson Sakaja presented for clearance to run for Nairobi governor.

In a tweet, Madonsela said: “In Kenya, you need a degree for election as governor. Should we not require the same for our premiers, MECs, ministers, MPs and presidents? Does it make sense to ask people who have not been taught how to deal with complexity or interpret laws to make and enforce laws?”

I see where Madonsela, who famously did battle with former president Jacob Zuma over the use of taxpayer money to upgrade his residence, is coming from.

But at the same time, I agree with Kenyan scholar Wandia Njoya, who recently said: “Reserving decision-making for those who know best (epistocracy) and for technical experts (technocracy) is a form of tyranny because it leaves out the political questions about the impact of decisions on the public.”

Njoya said that what she called “the middle class cult” had been zombified by the education system. “Its members avoid reality and tell us to focus instead on documents. They unsee people and demand facts. They deny politics. Their concern is always institutions but never people.”

At this point, it is only fair to issue a disclaimer to the effect that though I grew up in close proximity to a university campus and come from a family where to some extent degrees were considered important, I don’t have one, yet.

The writer Mark Twain, who also had no degree, said: “I have never let my schooling interfere with my education.”

While Twain’s education was limited in terms of formal schooling as a result of his father’s death and the family’s poverty forcing him to go to work to help support the family, mine was limited by my taking a “gap year” to work and gain experience.

This break has lasted over three decades now, during which I picked up a few diplomas and certificates, but no degrees. I guess I won't be running for president of Kenya any time soon.

While I do not underestimate the value of a degree and would encourage anyone in pursuit of one to continue, I have also lived long enough and had enough experience of the world to know that degrees are no guarantee of good political leadership.

There are a number of people I have admired in this life who never had a university degree for whatever reason.

Top of my list is Tom Mboya, a man who should have been president of Kenya but who was assassinated instead. Mboya may not have had a degree, but he knew their value as can be witnessed by the student airlifts he and Dr Gikonyo Kiano organised on the eve of Independence.

Speaking of the airlift, my old boss Philip Ochieng was a beneficiary. He never got his degree but was one of the greatest minds in Kenyan journalism for over a generation.

As Ochieng’s biographer Liz Gitonga said: “In the US, Ochieng joined Roosevelt University but he did not complete his degree. He moved on to France and East Germany as well, but he never graduated with a degree.”

Like the American comedian, actor Jonathan Winters, Ochieng couldn't wait for success. He went ahead without it.

In the same vein, one of the greatest leaders Kenya ever saw was Jane Kiano. She once said to me words along the lines of the quote by the American novelist and short story writer Louisa May Alcott: “Life is my college.”

Certainly, she graduated well and earned some honours, and that is the hope of many of us, degree or none.

It is not hard to prove you have a degree

The mystery around Sakaja's degree belies social aspect of getting one
Sasa
1 month ago
by Mwangi Githahu Columnist
Lifestyle
26 June 2022 - 17:00