It is not hard to prove you have a degree

• Between the digital footprint and the school’s database, there should be no mystery 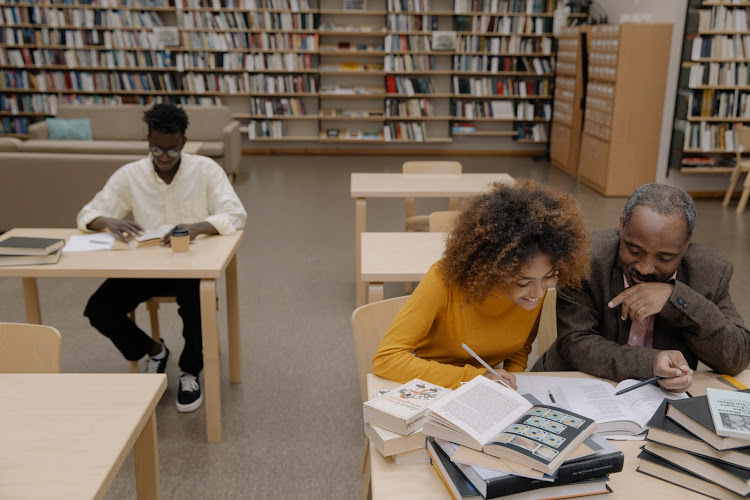 It was non-negotiable in my house for us to have degrees. My father insisted that we must all go to university after high school, he did not care what we studied. He only wanted us to have the qualifications and papers in hand.

“Hata kama ni degree ya karatasi (Even if it is a paper degree!)”, meaning that the skill learnt was less important than the proof that you had mastered that skill. Which is perhaps the only reason he let me study journalism, my field of choice.

I vowed to keep off Kenyan politics this year, not only in my professional life but also in my personal life. The political game in Kenya is too sensational to keep up with. It’s worse than a daytime soap where the main character who grew dirt poor turns out to be a billionaire, but her father is not who we all think…

As the political game gets murkier by the day, I have chosen to find solace under the comforting embrace of K-dramas. However, thanks to social media, Twitter especially, I find it hard to completely escape the madness of Kenyan politics. This week, as the topic of Sakaja’s controversial degree takes over every news outlet and Twitter conversation, I could not help but wonder…

The Tribunal said it lacks jurisdiction to determine the authenticity of his degree.
News
1 month ago

As a two-time degree holder myself, I wondered if at any given time my degrees would be called into question. Could my qualifications be questioned, even though the institutions I attended were internationally accredited universities with respective long histories?

If I was asked to produce evidence of attending the said institutions, would I be able to? Yes. I still know both my student numbers and emails, plus I have transcripts of every exam ever taken, graduation photos and of course, in this day and age, there is the undeniable digital footprint.

More than half our Facebook friends are people we met during our studies or interactions with fellow academics and the likes. Almost all of us who graduated in the digital era have updated our bios to read the name of our alma matter. Not to mention how we post the typical cap and gown graduation portrait on our social media platforms.

I noticed that the focus in Sakaja’s inquiry lay primarily in the degree itself, not in the actual period of study. Anyone who has gone through the back-breaking work of attending university can name at least three lecturers in his field, the dean of the school, list their major or concentration at university, their thesis topic and so on.

I graduated almost 11 years ago, but I still remember every lecturer’s name, my major and even the layout of the school! Upon graduation as we handed in our student ID cards, they told us how we could have our degrees replaced in case we ever lost them, which means our information is safely stored in the school’s database. I am confident I can step into USIU today and have my records reprinted in a matter of minutes.

Let us forget about the technicalities for a while and focus on the social aspect of attending university. Universities, colleges and technical training institutions are primarily a socialising community for like-minded people. Curriculums are even designed around the social welfare of the student.

Most universities make it mandatory for students to pick classes from different fields so that they get the full university experience of interacting with different people and teachers. There is also the matter of the most hated and dreaded university practice: group work.

Over the periods of my study both at home and abroad, I have made many acquaintances, friends and even met my husband from school. I have no doubt that if my qualifications were ever the cause of doubt, several hundreds if not thousands of these people would rally on social media to prove that I did, indeed, attend the said institutions. As Sakaja’s degree kept being called into question, I couldn’t help but notice there has been no such support from people he would have known at university, not even his final year supervisor?

Proving that one attended university is not hard. For heaven sake, even Trump University graduates did not have proper degrees from the school, but they still ended up winning their lawsuits!

It's shameful trying to prove you went to university - Magoha tells politicians
The value of education is bigger than getting a job
by Nabila Hatimy Entertainment Writer
Lifestyle
25 June 2022 - 06:00
Read The E-Paper