The rise of mocking work on TikTok

Covid spurred this on, we found ourselves highlighting the ridiculousness of corporate culture.

•Covid spurred this on, we found ourselves highlighting the ridiculousness of corporate culture.

•Workers are fed up with corporate culture. A growing number are poking fun and pushing for change in social media videos, to the tune of billions of views. 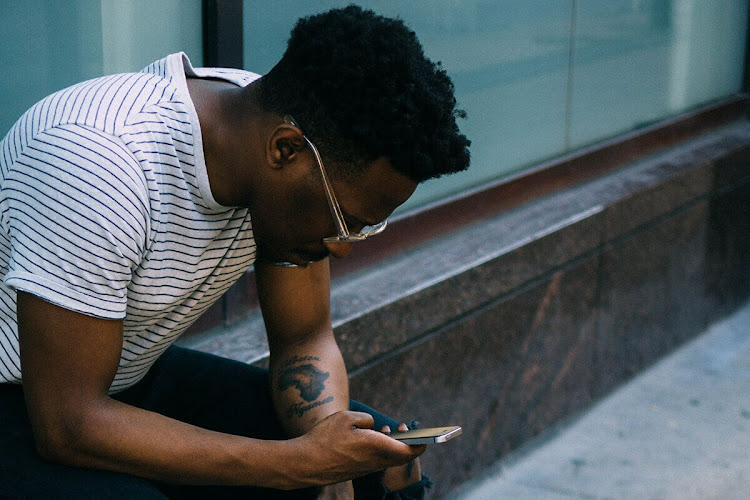 A couple of years ago, happy hour at the pub was workers' go-to destination for whinging about work. But after two years of social distancing during the pandemic, that's changed.

Now, workers across the world have instead picked up their smartphones to vent about the 9-to-5 on TikTok, the social media app with a billion monthly users.

The app, in which users dive down an infinite scroll of short videos filmed by other users, attracts thousands of workers complaining about and making fun of work and their day jobs, mostly in the form of short comedy sketches filmed on their phones, often set to music and sometimes peppered with explicit language.

The videos are filed under the popular hashtag of #worktok (as well as #careertok and simply #work) and are watched by millions.

Whether it's the annoyance of turning cameras on for Zoom calls or the whiplash of sudden check-ins with your boss, no work-related quirk is safe from ridicule.

But these videos aren't just bellyaching – they tap into the many ways work has completely transformed over the past two years.

Through these videos, workers are collectively re-evaluating long-standing norms, all in a global dialogue that's fiery, fun and also shines a spotlight on the most problematic parts of work.

#worktok videos most often take the shape of short, funny videos less than a minute long, often set to music or some sort of trending audio. Some are made by content creators and comedians with hundreds of thousands of followers, but many are made by workers with full-time day jobs, from fast food to finance.

The result is a collective conversation that's racked up over a billion views on the app.

US-based tech account manager Chase Coleman, whose videos have reeled in nearly three million views, tackles topics like the inability to truly disconnect when taking time off and drowning in never-ending emails. UK-based solicitor Henry Nelson-Case pokes fun at micromanaging bosses, and reminds fellow workers that companies view them all as expendable, so they should prioritise their wellbeing above all else.

Another viral video shows a Gen Z user asking: "What the fuck do you do at an office job? Can someone explain that to me? I have no idea what goes on."

US-based recruiter Samy Jones responded directly to this video with her own, which has attracted nearly two million views. In it, she parodies a jargon-spouting corporate worker: "I'm so glad you asked: I'll give you some key takeaways" she says, explaining the need to "maximise our bandwidth" to "move the needle", "circle back" and "table the conversation" so that they're not "constantly re-inventing the wheel" to "reach Q4 initiatives".

Many users on #worktok – a tag that has more than a half-billion views – found themselves ending up on TikTok out of lockdown malaise, when their companies implemented remote-work policies more than two years ago.

"I was bored on my couch, to be honest with you," says account-manger Coleman.

He joined TikTok after lockdowns began in early 2020, when his company began remote work. He’d found himself engaging in new rituals like "taking a midday shower, taking a midday nap or doing laundry" during the workday – and when he started scrolling through TikTok, to his surprise, he found he "wasn't the only person" sneaking in dog walks. Many of his videos focus on those work-from-home behaviours that nearly all remote workers now partake in, like puttering around the house doing chores in between tasks, or "wiggling your mouse to stay online" to "show that your status is green".

Recruiter Jones, who also joined TikTok during the pandemic because she “was missing that camaraderie you get from sitting around the office and sharing stories”, says the app provided her a way to “join the conversation” around the ways work was changing.

"I didn't start this channel on Instagram, because then it's really just my friends and my family that follow me," says Jones.

"On TikTok, the way the algorithm works, you're pushed out to a lot of different kind of people, and that's really fun."

For solicitor Nelson-Case, #worktok shows how "so many of us go through the same experiences, regardless of what our jobs are".

"The experiences and nuances of corporate life and working in an office are relatable and almost universal," he says, adding that his intent isn't to complain about his job or colleagues, whom he calls "supportive and great".

For him, #worktok is more about "the nuances and the challenges of the corporate environment itself." He thinks by watching these videos, workers – especially during the pandemic – "feel less alone".

Nelson-Case recalls one video he posted about crying before a work call one time, only to have many commenters respond that something similar has happened to them.

"As a junior lawyer, I have previously been called stupid, asked if I 'had a brain' and was regularly made to feel small, making me stressed, anxious, calling in sick and on occasion, throwing up in the office bathroom through anxiety," he says.

"Unfortunately, this is not unique to me, and is something that so many junior lawyers and young professionals experience on a day-to-day basis."

Indeed, the popularity of these videos isn’t surprising, say experts. "[Work] is a topic everyone can relate to," agrees Amanda Wood, senior social marketing manager at social-analytics firm Hootsuite.

And it’s an open playing field for those who want to join the conversation, too, with a low barrier to entry. “There are many different subcultures on TikTok, so there are opportunities for many people to get involved.”

These videos provide light-hearted viral distractions that let people bond over what they dislike about work – but they also reflect how, as the pandemic has dragged on, many of the problematic elements of work have come under increased scrutiny.

While many of these videos are satirical, the grousing that appears on #worktok often doubles as sincere dialogue that can offer other users support or career advice.

For example, in one of Jones' viral videos, she leans on her years of experience as a recruiter to offer 'red flags' in job interviews so that her viewers can avoid a toxic work environment: "700 interview steps?" she says in one video.

"Red flag." Not only can she vent about the problematic aspects of her own industry, but she also uses that opportunity to offer tangible advice to others.

Coleman believes the rise of #worktok is part of a broader referendum on the current state of work.

For instance, there’s the realisation workers "don't necessarily need to be in the office every single day". Or instead of wasting time in an unnecessary Zoom meeting, remote workers could "take a nap, because 'I didn't get enough sleep the night before because my puppy was up all night', or 'maybe I was sick'".

He says these TikTok videos are emblematic of the recent push for more worker flexibility, better work-life balance and greater mental-health awareness."Covid spurred this on – we found ourselves highlighting the ridiculousness of corporate culture," adds Hootsuite's Wood.

Coleman believes #worktok is the "collective realisation" of what workers are going through right now – and that workers complain about toxic things, like bosses' expectation of 24/7 digital availability, for a reason.

"I don't always need to be available for other people. I have a life to live, and I need to take care of myself," he says.

For now, #worktok could just be that happy hour of the past: a place for workers to gather, laugh, share experiences and blow off steam.

"You are talking to people you don't know and probably will never meet in your life, but you are building connections and building relationships and learning from them – and that is essential in the way our culture has adapted in the last two years," says Jones. "It's very much a people-ran movement."

Oats are healthy and gluten-free whole grains.
Sasa
3 months ago

How to truly enjoy the little things in life

Encouraging yourself to take pleasure in the small things, can make your life richer.
Sasa
3 months ago

It is also introducing a screen time dashboard, which will show a summary of app usage.
Sasa
3 months ago

WhatsApp lets users add up to 512 participants in a group

The feature has been released today and will be rolled out within the next 24 hours.
Sasa
3 months ago

This scramble may not look like much, but it is delicious.
Sasa
3 months ago

TikTok addiction and why women are the most affected

Addiction to the app is a real thing that many have said,  it slowly grows over time.
Sasa
3 months ago

Instagram lets you pin three posts on your feed

Instagram had initially announced the test in April.
Sasa
3 months ago