The day caretaker tried to scam me 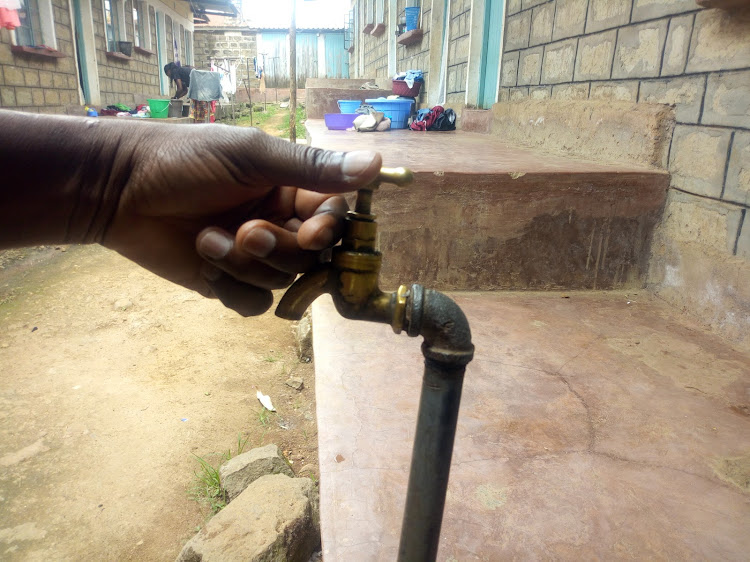 A resident turns on a tap
Image: JOSEPH KANGOGO

The other week, I fell out with my caretaker. It was bad. It was ugly. But there were no casualties, thank God. You see, I have been paying my water bill directly to her ever since I moved here many moons ago.

When it is end-month, she simply texts or calls, stating the number of units I’ve used. Actually, she almost always calls, if not for anything else but to spite me, for it is common knowledge that I am a phone call-phobic. Yeah, phone call-phobic is a thing; I do not fancy calls one bit. I’ve always simply Mpesad her whenever she calls because, you know, I’m generous like that.

Now this has been going on for months, until the most sinister part of her brain clicked and an enlightening revelation dawned on her: I do not know how to read the water meter reader. You know, the thing that tells you how many units of water you’ve used; I don’t know how to read it. She must have pondered and pondered over the idea, and the more she thought about it, the more she got convinced of how right she was. This is why I’ve always just sent her the money without seeking clarifications. It made sense. And she must have smirked at the thought.

I mean, when she looks at me, all she sees is this wide-nosed fellow who just left campus the other year and is still clueless about how the real world works. Another self-satisfied, self-centred Gen Z, always dialling stuff on his phone, ogling at Regina Hall’s legs on Instagram, complaining about slow Internet and wearing the same Khaki pants every day. How could I possibly care about mundane stuff like water and how much of it I use?

So she did what any other logical person would do in this case. She decided she was going to teach me Nairobi. So she lied. Said I’d used 3 more units than what the meter read.

And that proved to be her undoing.

Perhaps things would have turned out differently had she not decided to call me on Saturday at midnight, 8am! Here is a life lesson guys: there will come a moment in your life when you will want to wake a bachelor on a Saturday morning for whatever reason, don’t. Even if you are Kendrick Lamar and you want to feature me on a new rap album that has Regina Hall as the video vixen, I’ll graciously pass if it has to be on a Saturday morning. The only person who can wake me up on a Saturday morning and get away with it is Min Jii. Well, because she is Min Jii, who by far is the scariest creature on Earth. But you are not scary enough to have given birth to me, so don’t you dare.

You never wake a bachelor at 8am on Saturday. Why? Let’s see. It is Saturday, goddamnit! This means yesterday was Friday, and bachelors don’t spend Friday evenings boiling potatoes in the house. Friday evenings we are out there, communing with our ancestors over bottles with human names and devil’s tears.

It goes without saying that such nightlong ancestral communing automatically sanctifies Saturday mornings. And who are you, a mere mortal, to disrupt such sanctity? Who are you to bring chaos into a moment so serene and holly? But who is our caretaker? Apparently, she doesn’t give a pig’s tail about Saturday mornings, especially when she wants to scam me.

You know, the last time I picked a call on a Saturday morning and said sema, I was on campus. And the person who, in my sleepy lethargy, I said sema to was none other than Min Jii. You can’t even begin to imagine the kind of hell she rained down on me that morning for greeting her with such disdain. And she ended the call by loudly reminding me that she was the reason why I could be comfortable enough to sleep up to 8am. I wanted to tell her she was stealing credit from Keg's inflicted hangover, but I didn’t dare commit such an atrocity.

Well, neither do I, so I cut my sleep short and went to check the water thing. And voila! The damn thing was reading the same thing it read last month. Of course, she brought up some lame excuse of a possible error in her records, yada yada. But I had caught her, and she knew it.

Now when we meet in the alleyways, she gives me the kind of look that says she doesn’t hate me, she just wishes I could die slowly and in pain.