Why do landlords prefer anonymity?

They tend to get drawn into disputes among tenants

• Landlords regularly get complaints on problems they cannot do anything about

• Many delegate rent collection to avoid the hassle, and tenants barely know them 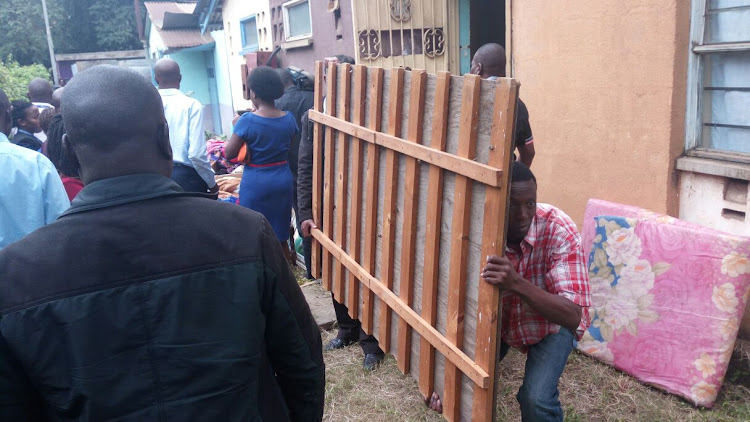 Most tenants have never met their landlord. The interaction between the two is through the caretaker or agent. Many tenants find out the landlord’s name when depositing the rent into a bank account or when paying through mobile money.

Tenants thus see landlords as distant individuals only interested in money. As it turns out, landlords have compelling reasons why they stay far from their tenants, but this is not always possible.

There are property owners who built rooms for rent within their compounds. In such a situation, the landlord cannot avoid interacting with tenants. That’s where the drama lies.

The most common complaint from landlords is getting drawn into disputes among tenants. Nicholas Musau, a retiree and landlord at the Coast, lives in the same compound as his tenants. Being senior in age, he often gets called to mediate disputes.

“A young couple knocked on my door at 10pm because of a marital dispute. As an older person, I tried to help as best as I could but their problems were deep-rooted,” Nicholas recalls. The couple eventually split up and moved out separately.

In another case, Musau was at his rural home when he was woken by a phone call in the middle of the night. An aggrieved tenant was at the other side of the call. The tenant’s mother-in-law, who was visiting at the time, was harassed by a drunk neighbour. The angry tenant wanted Musau to immediately evict the offender.

Musau had to take time to calm down the irate tenant. He then called the offender and ordered him to apologise in front of the other tenants or move out of the premises. The offender chose to make a public apology.

Landlords regularly get complaints on problems they cannot do anything about. “There is water rationing in the estate. Everybody knows the days on which water is available, but I still get a few tenants complaining that they don’t have water,” Musau says.

Tenants have varied opinions about living in the same compounds as their landlords. Lucy Majala, 25, moved out of her rented bedsitter after only three months because the landlady was too overbearing. The landlady apparently took it upon herself to play the role of a mother. “She would scold me for coming home at night, she would complain about my friends,” Majala says.

Andrew Tolle, another landlord, put his block of one-bedroom houses under the management of a real estate agent to escape tenant disputes. When he got his first tenants, he expected things would be calm because he lives in a different estate.

“They would call to complain about neighbours playing loud music,” Andrew recalls. “Those are matters tenants should handle among themselves.” Then there was a tenant who stopped paying rent. He would leave in the wee hours and get back home late at night to avoid meeting the landlord.

The real estate agent Andrew contracted takes a commission from the monthly rent, but it’s a small price to pay for not getting involved in tenant disputes. It was becoming a headache.

Fight nights: The new normal in our estates

Agents come with a different set of headaches. Most agents market themselves as property managers but, in reality, they are only interested in the commission they earn from rent. “I have seen rental homes managed by agents deteriorate for lack of maintenance,” says George Mwasi, a welder. “Landlords should check up on their properties and carry out regular maintenance because agents won’t do it for you despite their promises,” he says.

Without closely supervising the agents or caretakers, they can lease out vacant rooms without telling the landlord. Some caretakers collect rent from tenants then vanish with the rent money, leaving both tenants and landlord counting losses. Then there are those who take advantage of the landlord’s ill health, death or family disputes.

A Nairobi resident recalls how a tenant in his estate exploited the circumstances brought about by Covid-19 travel restrictions.

“There’s a landlord who had tasked one of his tenants with rent collection. The selected tenant stopped sending payments when Covid-19 struck, but the landlord assumed it was because of pandemic-induced economic problems,” the source, who requested anonymity, said.

“The landlord stayed in his rural village because of the travel restrictions and health concerns as an old man. The months turned into more than a year without payment. He finally came to visit one day and found the head tenant had been collecting the rent money all along and pocketing it. Turns out the trusted tenant told everybody that the landlord and his wife had died and, being none the wiser, they believed him.”

A lot of landlords don’t see their rental units as a business requiring regular supervision. It is advisable to constantly check on the premises to ensure you are getting the full value of your life’s investment.

How to get value for rent

You need to agree with your landlord about maintenance
Sasa
1 year ago
Bidding expensive ‘Kanairo’ goodbye
by GODFREY KIMEGA Communication Professional
Lifestyle
11 October 2021 - 05:00