• Most cases happen in bars, with men looking for a one-night stand often victimised 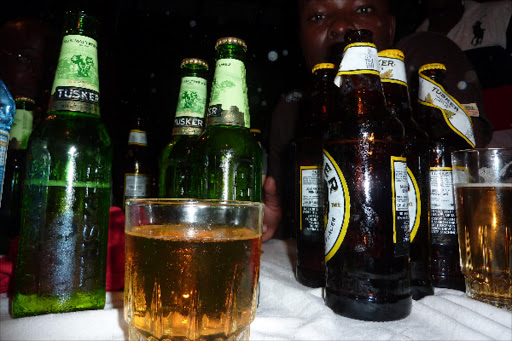 A viral video shows a woman seated on a dusty road, wailing for mercy as a very angry man whips her mercilessly. She rolls in the dust when he repeatedly kicks her in the face. Her crime? She was accused of drugging and stealing from someone.

The video was taken from a flat high above the drama. The person taking the video says the woman was caught by a caretaker while walking out with a TV. Several men can be seen looking on as though in silent approval of the vicious assault on the woman.

On social media, a sizeable number of people who saw the video supported the angry man’s actions. A few said they had been victims of a gang of women who prowl entertainment joints, drugging their victims and stealing from them.

“The Pishori master was cornered, she was permanently retired from Pishori industries!” wrote a commentator on Twitter.

Spiking food and drinks with the intent of robbing or otherwise exploiting the victim is not a new crime, but there is an upsurge of such cases across Kenya.

The phenomenon is known in slang as "mchele" (rice) because the drugs used by the thieves resemble grains of rice. Another popular term for the drugs is "Pishori", which is a tasty variety of rice. The women who engage in the vice are getting known as "Mama Mchele" and "Pishori Ladies".

Pishori Ladies are said to sprinkle “mchele” into the drink or food of victims, who are usually too drunk to notice. The victim starts to fall asleep within minutes. That’s when the thieves rummage through the victim’s belongings, taking money, jewellery, mobile phones, credit cards and other valuables.

Naked man in the news

There are credible stories of certain drugs that make victims willingly disclose to the thieves the PIN numbers of mobile money wallets and bank accounts. Often, the victims cannot remember how they gave the thieves their PINs. The thieves work quickly and can empty a bank account within hours.

Using the mobile money PIN, the thieves not only steal from the mobile money account but also take loans from digital loan apps. The burden of repaying the loans fall on the victim, a further blow inflicted by the heartless thieves.

It appears most cases of spiking are done by female criminals, but men are catching up on the vice. In April, four men were arrested for drugging almost all the passengers on a bus and stealing from them. According to a statement by the Directorate of Criminal Investigations (DCI), the bus was approaching Nairobi from western Kenya when the driver noticed the passengers were asleep except for two men moving inside the bus. He got suspicious, swerved off the highway, and drove into Kabete police station.

Seeing they had no way out, the thieves reportedly swallowed the intoxicating drugs to hide the evidence of their crime. Police rushed four suspects to hospital, pending prosecution. Laptops, tablets, mobile phones and cash were recovered from the thieves.

The spate of theft incidents involving the spiking of drinks and food has inspired many victims to open up about their experiences. Until recently, one could expect cases of spiking in shady entertainment joints mostly located in urban slums. The testimonies of victims show that the vice has spread to respectable establishments across the country.

One man posted CCTV pictures of a woman he claims drugged and robbed him. The man met the woman at a popular bar in Nairobi. After several drinks, he took her to his apartment with expectations of a passionate encounter, which was not to be.

Yet another man drew sympathy after he posted a picture of himself seated in a wheelchair, looking drowsy and dusty. The picture was taken in 2020 when he was drugged. “I look at this picture and remember absolutely nothing,” he wrote, adding that he regained his senses six days later.

Tragic cases were shared on social media of people dying after receiving an overdose of “mchele”. Some of those who survived have not fully recovered to their former selves.

In January, two students and a boda boda rider were arraigned at Makadara law courts, Nairobi, for allegedly spiking the drinks of two men and stealing from them. One of the victims claims to have lost Sh210,000 from his bank account, Sh36,000 that was on his M-Pesa account, a mobile phone and a wristwatch worth Sh66,000. The incident happened in an apartment at Lumumba Drive, Roysambu.

Last November, a 30-year-old woman was before a Nairobi court, facing criminal charges of administering a stupefying drug on a businessman and stealing Sh1.1 million from him after a night of drinking. The victim claims to have met the woman and her female companion in a bar at Embakasi. They later went on to a guest house in Nairobi’s Umoja Estate, where the theft occurred.

These are just a sample of cases reported in Nairobi. One of the most notorious cases happened in 2016, when a birthday celebration turned tragic. John Mbugua died after celebrating his 30th birthday at a bar on Thika Road, Nairobi. Two women who joined Mbugua during the party were later found with a suspicious substance. A post-mortem examination on Mbugua found a strange, stinking compound in his stomach.

This month, a woman was arrested in Nairobi West for allegedly drugging and stealing from a man she met in a bar. The man says he took the woman to his house but fell unconscious shortly after arriving during the night. On waking up at 3pm, he found his iPhone devices missing.

The social media revelations and court cases suggest cases of “mchele” are happening across the country. In Nairobi, entertainment spots on Thika Road, Lang’ata Road and Ngong Road are reportedly notorious for cases of spiking. Cases have also been reported from the Coast, where “Pishori Ladies” target both foreign and local tourists.

Man loses Sh596,000, after night out with Mombasa lady

After having several drinks alone, the man got attracted to one of the girls.
News
5 months ago

In January, the DCI reported how a man in Mombasa lost Sh596,000 from his bank account after he was drugged by a woman he met at a popular night club. In addition to the money, the man lost mobile phones, a laptop and ATM cards. Still in Mombasa, a 24-year-old woman was arrested for allegedly drugging a man in Nyali estate and subsequently transferring Sh1.7 million from his bank account.

Women also fall victim to spiked drinks. In July 2021, a man was charged with drugging and stealing Sh126,000 from a woman at a hotel in Kitengela, Kajiado county. He had taken the woman to Kitengela to show her a piece of land he claimed to be selling. The court heard that the man took Sh83,000 from the victim’s bank account and Sh43,000 from her purse.

There is no conclusive data on how many cases of spiking occur in Kenya, but it is emerging that the number of reported cases is a very small portion of the actual number of drugging incidents. As most cases involve sexual escapades, most spiking victims decide not to report the crime for fear of shame and ridicule.

There is evidence that spiking has grown into a criminal syndicate involving rogue pharmacists supplying the stupefying drugs, spotters who identify potential victims at entertainment spots and the agents (mostly women) who execute the operation. Several arrests have been made in recent years, with police warning revellers to be alert while enjoying themselves in bars.

On May 16, a man who was fatally shot in his car at Nairobi’s Mirema Drive was found with several national identity cards and electronic gadgets believed to be stolen from victims of spiking. Media reports indicate the man had links to a drink-spiking cartel and the shooting may be related to his illicit activities.

The drugs used by Pishori Ladies are mostly sedatives used in medical treatment. A report in the Star lists commonly used spiking drugs like Rohypnol, valium and ketamine.

In the article, Dr Faith Mwangagi explained that an overdose of Rohypnol results in slurred speech, inability to concentrate, poor coordination, dizziness, nausea and memory loss. Dr Geoffrey Mutuma said Valium does not kill when used in overdose but instead makes one sleep for as long as two days.

Online reports indicate that Scopolamine and Stilnox are among the drugs used to spike drinks. According to the US-based National Library of Medicine, Scopolamine is meant to help patients who have nausea and vomiting but can cause hallucinations, confusion and paranoia. Stilnox is prescribed to induce sleep among people with insomnia (lack of sleep).

A glass of beer next to pills
Image: PIXABAY

As Kenyans ponder this worrying state of affairs, what can individuals do to protect themselves and their friends from getting drugged? Most cases seem to be happening in bars, especially among people looking for a one-night stand. The next most frequently reported location of drugging with intent to steal is in public transport.

The best way to protect yourself is to avoid drinking with strangers. Don't take strangers back to your house or hotel room. Always keep an eye on your drinks and those of your drinking colleagues. Avoid getting excessively drunk because it makes you an easy target for drugging. In public transport, avoid taking food, drink or medication from strangers.

If you believe your food or drink has been spiked, stop consuming it immediately and raise the alarm. If possible, call someone you know to come for you.

Power of beer and beauties

Time flies when you’re having a good time. Cue the wake-up call

Your lover is only yours when you are together