Ioana now uses TikTok to encourage people to talk openly about their feelings.

•Ioana now uses TikTok to encourage people to talk openly about their feelings.

•Hana posts her new songs on social media platforms and hopes her lyrics will help others feel less alone. 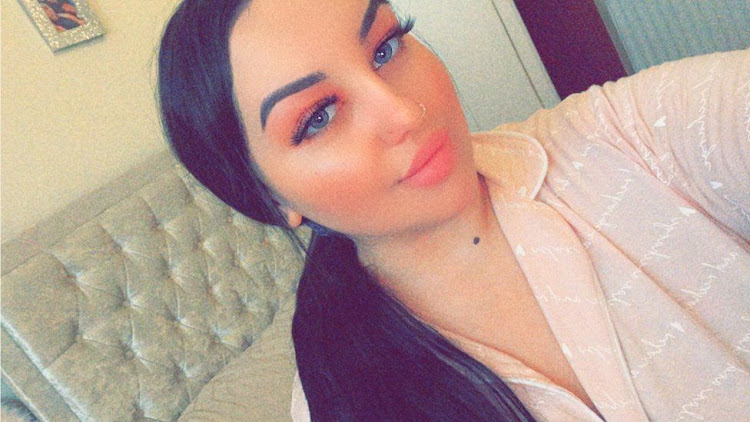 A woman who became a psychiatric nurse after struggling with her own mental health has said it fulfils her soul.

Ioana Stancu, 22, from Newport, went into nursing when her own mental health began to improve following a struggle with depression and anxiety.

"I do my job from the heart and not for the money," she said.

Ioana now uses TikTok to encourage people to talk openly about their feelings, and reaches out to people so they know they are not alone.

To mark Mental Health Awareness Week, BBC Wales spoke to people who use social media to share their own struggles.

Ioana, who moved to Wales from Romania on her own aged 18, took antidepressants for two years before deciding she wanted to help others.

"The moment I walk through the hospital door, no matter how bad I feel or how bad my day is, I feel happy," she said.

"I feel happy to know that I am there and that I am doing something good for my patients.

"Even when I'm not at work I wonder if they ate, how their day is, if they're happy - and all that just because I care so much about them."

For Hana, it is like a diary - she has always turned to writing songs about any emotion she is feeling.

"It's been a outlet of creativity for me and something I value so much," she said.

"It's almost like taking a snapshot in time and reflecting on ideas, memories and emotions."

Hana posts her new songs on social media platforms and hopes her lyrics will help others feel less alone.

Jamie Tyrell, 44, shares his walking stories on TikTok, adding inspiring quotes and thoughts over the videos.

Jamie, from Barmouth, Gwynedd, claims he was bullied while serving as a senior aircraftman in the Royal Air Force (RAF) between 2006 and 2008.

He said he considered suicide before reaching out to the Samaritans.

In an effort to help others not to reach the low point he did, Jamie organises walking groups in the area.

"My walks help greatly with my mental health as they allow me to escape any stresses of life and just enjoy what nature provides around us," he said.

"The few comments I have had from group members about how their mental health has improved inspires me to keep doing what I do."

The RAF has been asked to comment on Jamie's allegations of bullying.

Emma Noyces, 28, said she suffered in silence with anxiety and depression before she began to open up and talk about how she felt.

Emma, from Rhondda Cynon Taf, took up running in 2018 and started blogging about it on TikTok and Instagram during the pandemic.

"Running is a great [form of] escapism, especially if I ever feel anxious and/or stressed," she said.

"This is my way of coping with my emotions. It is something I am doing just for me."

Emma runs alone, but said she was supported by running groups and her followers.

"The running community has always been so supportive and engaging. Even though I run alone, the amount of online support I get and at events is second to none.

"Everyone within the community has been friendly and approachable. It is so surprising that for someone who started just documenting on Instagram about my goals. I did not think I could engage with so many people.

"Within this community, there is a lot of honesty and a lot of people who have had similar experiences. Since opening up more about my own mental health struggles, I have had so much support and participated with events to help talk about it."

Steph Powell, 34, and Kayleigh Morgan, 35, from Caerphilly county, took to Instagram to set up a meet-up group for mothers which could provide a safe place with no judgement.

Kayleigh said she struggled with post-traumatic stress disorder (PTSD) after having her first baby but suffered in silence because she was scared how she would be perceived as a mother.

"I had longed to be a mother and really put it on a pedestal. So when it wasn't all sunshine and rainbows I wondered why it wasn't.

"It made me feel ashamed that I wasn't loving every second of motherhood and seeing others take everything in their stride, why couldn't I?"

Due to Covid, the meet-ups had to stop but the pair continued to support one another online.

"The mothers who came told us they don't feel so alone in the motherhood journey," Kayleigh said.

"It honestly makes me feel so happy and proud that I've made someone else feel a little less alone, sad or just for them to know I hear you, it's hard.

"Now I know everyone struggles at some point."

Emma Perkins, 23, spent time in care as a child.

At 19, she found herself living in different B&Bs before a social worker found her a hostel and, later, her grandparents helped her to find her own home.

But Emma, struggling with her past, began to experience anxiety and took up boxing as a release.

Emma, from Newport, also creates content on TikTok based around how she feels and runs groups to help others.

"I want to be a boxer and to train hard because it's helping with my health, so boxing became a dream for me," she said.

Watch: How to spot gaslighting in a relationship

Why women file for divorce more than men

While women suffer long-term financial impacts from divorce, only a quarter say they regret their split.
Sasa
1 month ago

It will join Zambia, Japan, South Korea, and Indonesia where menstrual leave is offered nationally.
News
1 month ago
“WATCH: The latest videos from the Star”
by BBC NEWS None
Lifestyle
16 May 2022 - 08:22