Baba, I need a job. Where do I apply? 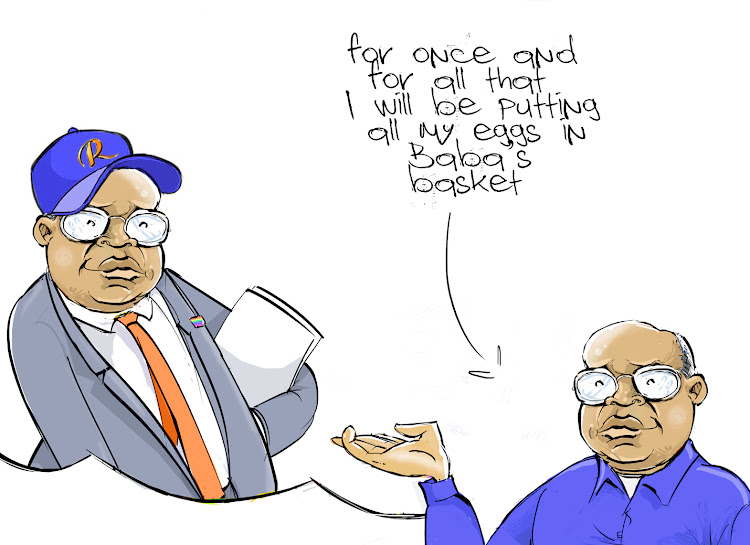 I am in the market for a new job, and I think this presidential election cycle may just be my last chance to get a real high-flying political appointment.

I suppose if I hadn’t held Jubilee and its principals in such low regard when they were running for office in 2013, I might have joined some old friends and colleagues in submitting my CV for a job in that administration.

I could have even used the old school tie network, as some of my former schoolmates indubitably did, to secure favour with the Uhuru faction of the UhuRuto 2013 juggernaut.

However, as is obvious from the fact that I am still plying my trade as a journalist and not heading some big and important state entity, I did not.

In the words former Kathiani MP Wavinya Ndeti meant to say back in 2017,  “Yaliyopita si ndwele, tugange yajayo.” For non-Kiswahili speakers, this just means one should not dwell too much on the past but instead focus on the future.

Like Shakespeasre’s Brutus, I do still believe that: “There is a tide in the affairs of men. Which, taken at the flood, leads on to fortune.” And perhaps I am not too late to catch the Baba wave.

I won’t bother trying to sell my services to the Wheelbarrow guys because frankly, I doubt they’d have me. And even if they did take me on board, I don’t know if I would survive for very long before I was exposed as not being a true believer in their cause.

So, despite the fact that there are a lot of people supporting Baba who I don't particularly like, and some of whom should really be nowhere near the levers of any power, I have a couple of people on the team who I could do business with, as it were.

Speaking of business, let me get to the matter of the job I would like to be considered for. I would be surprised if by now the big hitters hadn’t already cornered the market in ambassadorial positions.

But as beggars can’t be choosers, I would like it to be generally known that I would happily take a deputy ambassadorship or even an honorary consul post.

An Honorary Consul is appointed by a country to represent its interests within another state. The person appointed is not necessarily a citizen of the country that appointed him but can be, as in my case.

As to where I’d like to be posted, perhaps I would be allowed to suggest Cape Town, where I live, and where through my work as a journalist, I have made very good contacts in business, politics and society in general.

Appointing me Kenya’s Honorary Consul to Cape Town would be one of the wisest decisions a regime led by Baba could make, and certainly one of the most cost-effective ones, as it would not require me to move and thus, they would spend no money on relocation.

In fact, if they wanted to spread the financial risk, a Baba-led government could talk to their friends at Jumuiya ya Afrika Mashariki and see if I couldn’t do this very important job on behalf of the community as a whole.

But these are mere details that we could iron out once I have the job, which as everyone can see, I am asking for in an open, transparent manner. This in the hope that, as a member of a marginalised community, that is, the Alphabet Mafia, it will be looked upon with utmost favour.

So with those few remarks, let me just say for once and for all that I will be putting all my eggs in Baba’s basket. Now all I need is the address of the Kenyan version of the US Centre for Presidential Transition so that I can formally put in my request.