The reason people may turn their back on coffee altogether may be over confusion as to whether it's good for us.

•The reason people may turn their back on coffee altogether may be over confusion as to whether it's good for us.

•Turmeric, a good old fashioned decaf coffee may be the safest bet for now 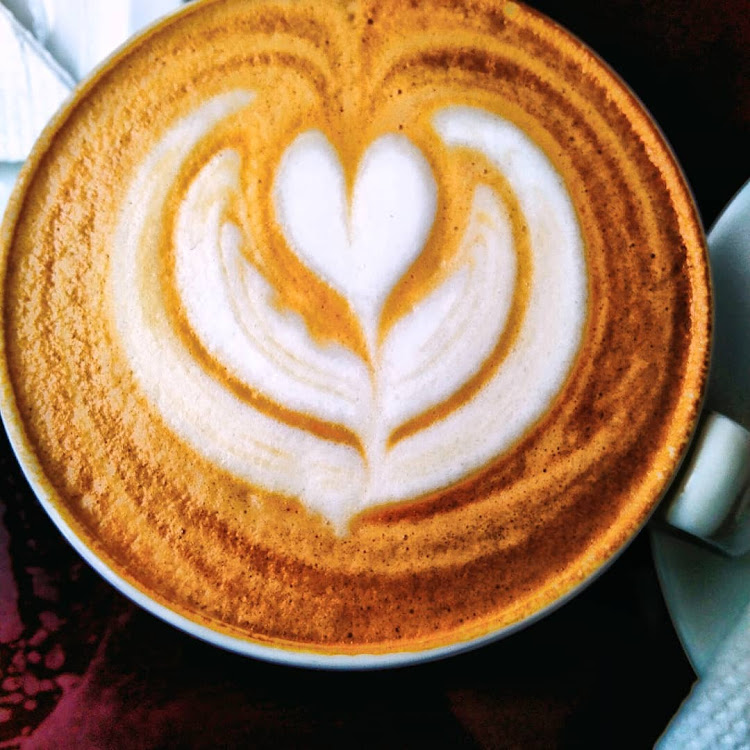 Coffee might not be an obvious loser in the quest for healthier diets, especially since it's been linked to lower risks of diseases including heart disease and some cancers.

But as we generally become more aware of the relationship between diet and health, caffeine is often blamed for anxiety and sleep issues. As a result, coffee companies have seen a rising interest in decaf coffee from those who love the taste, or ritual, of drinking a hot cup of Joe.

Customers of Decadent Decaf Coffee Co in the UK opt for decaf for health reasons, says co-founder Laura Smith, and decaf's bad reputation of being the easy way out is dwindling.

"'Death before decaf' is outdated," she says.

But in recent years, there's been a surge in caffeine-free alternatives to coffee that claim to give a more "natural" boost without the coffee jitters, using ingredients including ancient medicinal herbs and so-called "superfoods".

In some coffee shops today, alongside the coffee lattes you'll find beetroot, turmeric and maca "lattes". Ginseng and moringa are some other ingredients that are being marketed as healthy alternatives to coffee that also give an energy boost.

Many of these ingredients contain plant bioactive compounds, which, when consumed, can influence our health. But will switching from decaf coffee to a coffee alternative really give you a health and energy boost?

One of the most ubiquitous caffeine-free alternatives to coffee is maca, from the maca root plant, which is usually added in powder form to milk. But maca won't give you a coffee-like energy boost, says Michael Heinrich, professor of ethnopharmacology and pharmacognosy at University College London.

"Maca isn't a stimulant, like coffee," he says. "It doesn't boost attention."

Nor can you expect a maca latte to be any healthier than coffee, he adds. In a 2017 paper, Heinrich argues that, after being used as food and medicine by Andean people for more than 2,000 years in Peru, local knowledge about any health benefits of maca has been "dragged out of context to fit the demands of a growing market for herbal remedies".

"The health benefits of maca have not been well studied, and not all studies are as sound and reliable as they should be," he says.

Ginseng, another herb traditionally used as a medicine, has also become a popular ingredient for coffee substitutes.

But while Heinrich says this also doesn't offer an energy boost comparable to coffee, "there is some research suggesting it could have preventive effects especially in case of infectious diseases, and as others claim also in the prevention of some cancers". Similarly, some studies have shown some health benefits linked to turmeric. But you won't see any of these benefits from drinking a turmeric latte, says Charlotte Mills, a lecturer in nutritional sciences at the University of Reading.

"You can only stomach so much turmeric, so to get the effects shown in some of the research, the dose you'd need is incredibly high. I'm not sure you'd get that through a coffee alternative," she says.

"We've been researching coffee for ages," says Gunter Kuhnle, professor of food and nutritional sciences at the University of Reading. "We know how caffeine acts. Turmeric is used as a spice and colourant in small amounts, but in large amounts in drinks, we don't know." 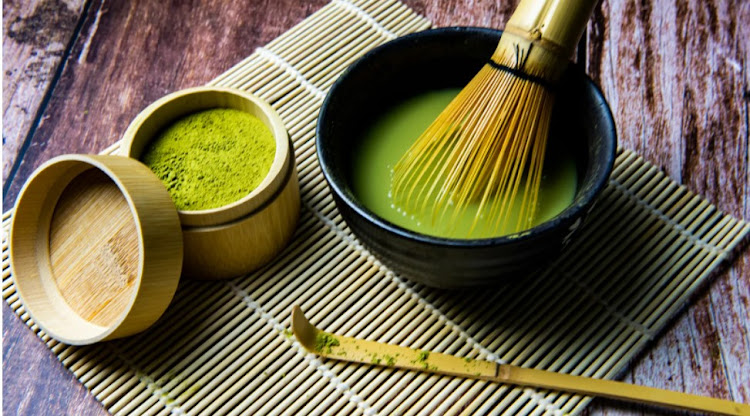 Matcha powder has been a popular recent addition to the hot beverage market in the West
Image: GETTY

Kuhnle agrees, and says you're more likely to see adverse effects if you consume a large enough quantity of turmeric.

"Research into the potential toxicity of drinking loads of turmeric, or other plant bioactives, hasn't been done, which is concerning," he says.

But there is some research suggesting that consuming turmeric while pregnant or breastfeeding, or on specific medication, such as insulin, can come with certain health risks.

And if a turmeric latte does make you feel more awake, that's probably down to another property altogether, says Kirsten Brandt, senior lecturer at the Population Health Sciences Institute at Newcastle University.

"It's impossible to say because it's not properly investigated, but it looks like there's little evidence that turmeric gives a boost. It might make you feel good because you expect it to; turmeric has a strong placebo effect because of its strong colour and taste."

Another coffee-alternative ingredient is moringa, which refers to a tree native to India, which is also mixed in powder form with milk.

"Moringa is high in protein and fibre, vitamins and minerals, and it has a wide range of bioactive phytochemicals, some of which have been linked to helping to prevent type two diabetes and heart disease," says Wendy Russell, professor of molecular nutrition at the University of Aberdeen.

But a moringa latte is unlikely to bring about any of these benefits, she adds.

"Moringa tastes horrible," Russell says. "You probably couldn't get enough of the plant into a drink to make it beneficial. The amount of moringa in these drinks will actually be quite small. 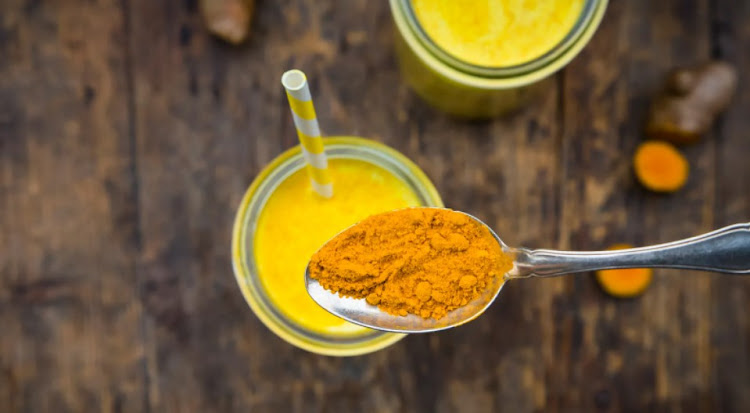 The health benefits of turmeric are unlikely to be found in the amounts added to a latte, experts say
Image: GETTY

"I've watched its popularity and sales of moringa drinks rise dramatically, but I'm concerned people are being hoodwinked into thinking it's good for them," she says.

Nor will a standard moringa drink give you a coffee-like kick, Russell adds.

"Caffeine is such an important compound for giving you a boost," she says.

Although, looking for this elusive coffee-like boost in caffeine-free alternatives might be a fruitless mission anyway. Some scientists think that coffee only fixes withdrawal symptoms from the last coffee you drank, rather than making you perform any better, Brandt says.

In the absence of any proven energy boost among any caffeine-free alternative, researchers are scratching their heads as to why people who want to forgo caffeine don't just drink regular decaf coffee.

A lot of the compounds in turmeric and moringa are polyphenols – micronutrients found in plants – which are often attributed to a lot of the health benefits found in these drinks, says Mills. But they're also found in high amounts in coffee, too.

"A lot of the health benefits within coffee are overlooked, but it's full of bioactive compounds. There's a lot more to coffee than just caffeine."

Traditionally, caffeine-free alternatives were drunk because they were cheaper than coffee. For example, people used to add chicory to coffee to make it last longer, says Kuhnle.

How times change. Now, a beetroot or turmeric latte from a coffee shop is likely to set you back just as much as a coffee. 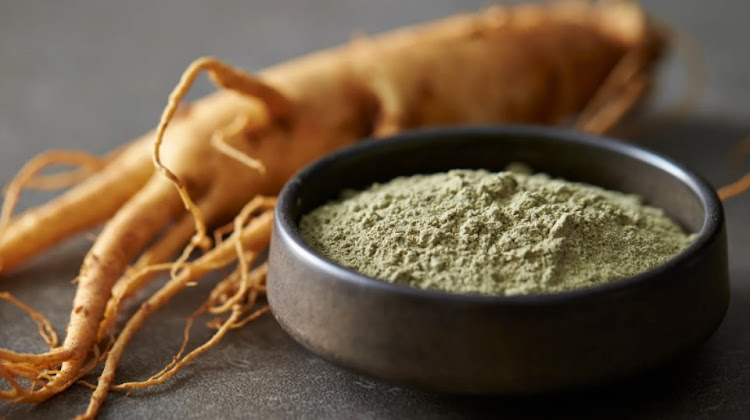 Ginseng is a stimulant which can have similar effects to caffeine
Image: GETTY

But the reason people may turn their back on coffee altogether may be over confusion as to whether it's good for us or not, says Mills.

"Coffee is a very complicated topic. This confusion may be steering people away from coffee to things that are more one-dimensional, things termed 'superfoods', for example, are easier for people to get on board with without understanding the details."

But it turns out that there is no simple answer.

The likes of turmeric, maca and moringa lattes either have too small doses to have any beneficial health effects, or may risk causing adverse side-effects we don't yet understand.

"A lot more research needs to go into these things before we drink them as health drinks," says Mills. "If you want a caffeine-free coffee, I'd suggest decaf coffee."

Kuhnle agrees, and says the richest area of research focuses on caffeine. While it may not be as novel or as brightly coloured as beetroot or turmeric, a good old fashioned decaf coffee may be the safest bet for now.

One in six of us experience a common mental health problem like anxiety and depression in any given week.
Sasa
6 months ago

A number of studies in recent years have demonstrated that our own body might be able to fight the disease.
Health
6 months ago

Pressure is building on the Biden administration to respond to the issue.
Health
6 months ago

Coconut water is the clear fluid found inside young green unripe  coconuts.
Sasa
6 months ago
Post a comment
WATCH: The latest videos from the Star
by BBC NEWS None
Lifestyle
11 May 2022 - 09:52
Read The E-Paper