What the war for worker talent really looks like

Only some candidates have power in the job market – typically experienced, mid-career employees.

•The tug-of-war for talent continues as employers fight over candidates – yet not every applicant is a hot commodity.

•Only some candidates have power in the job market – typically experienced, mid-career employees. 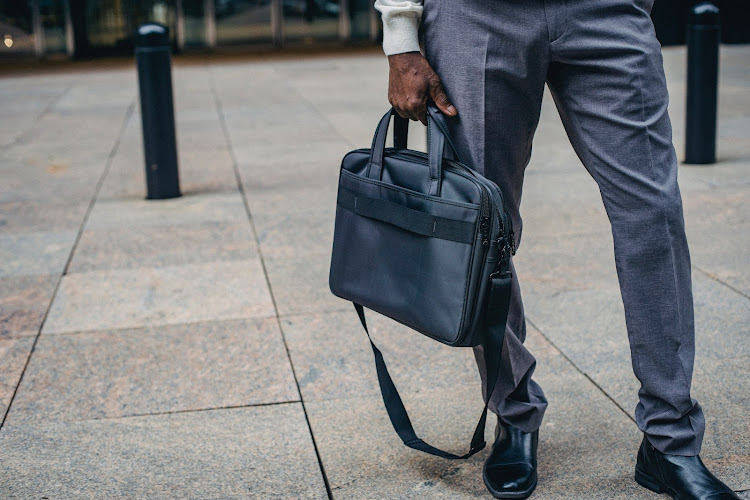 Lewis is a recently qualified solicitor. He has a degree-level qualification and has passed all his assessments following a career change.

In theory, given current labour shortages, he should be in high demand.

But after applying for entry-level roles at several law firms, he’s still yet to hear back from anyone.

“It’s been really tough,” says London-based Lewis, 35, whose surname is being held over career concerns.

“When you read vacancies, it feels hard to even get a junior-level job.”

Since qualifying in February, Lewis has scrolled through hundreds of job adverts.

he says even admin assistant positions require previous relevant experience or an additional law school diploma that costs a five-figure sum. So, he’s decided his best option is to begin voluntary work, for a legal assistance charity, in a bid to build clout.

Lewis explains he’s not the only qualified solicitor to head down this path.

“Out of eight people on the charity’s training programme, half were law graduates. Each one said they were applying to hone their skills and boost their CV.”

Lewis says his sector can feel like a closed shop for entry-level workers.

“I’m finding law firms can still afford to be picky, and not offer much in wages, because they know there are still many desperate people out there,” he adds.

One of the biggest narratives about the current labour market is that employers are struggling to land talent.

Certainly, figures show record vacancies and high quit rates: according to the Office for National Statistics (ONS), there were a record 1.29 million job openings in the UK between January and March this year; data from the US Bureau of Labor Statistics (BLS) shows there were 11.3 million vacancies in February, with nearly 3% of the American workforce quitting their posts.

However, this doesn’t paint the whole picture. While the competition for talent remains fierce for much of the workforce, this struggle to land candidates can also be a generalisation.

Not every industry has a long-term overabundance of positions to fill, and certain employees have greater sway in the hunt than others.

While many workers are being increasingly sought after in a buoyant job market, and able to leverage that into new careers, better pay or flexible working arrangements, there are also some candidates who may be losing out in the current war for talent.

Why the competition for talent isn’t equal

Although a war for talent is certainly raging, employers aren’t fighting the same battles across the board.

Only some candidates have power in the job market – typically experienced, mid-career employees.

It means entry-level workers can still face difficulties finding employment – and this is especially the situation in certain sectors.

Grace Lordan, director of the Inclusion Initiative at the London School of Economics, says this practice can further restrict opportunities for inexperienced candidates.

“If hybrid working is implemented, it makes more sense to hire someone with experience: an employee you know can just get on with the job working from home,” adds Lordan.

"Managers need more time to train entry-level workers and show what good performance looks like. With employees often time-poor at the biggest firms, it’s not surprising that we’re seeing some inexperienced workers struggle in the job market.”

Lordan estimates workers with seven years’ experience and upwards are currently in the most demand; employees who have built up the career capital and can command higher salaries as a result of the war for talent.

“In hybrid jobs where performance is harder to measure, the incentive to hire someone at the start of their career can be low,” she adds

Penny Lawson, director of media recruitment agency Folio Recruitment, based in London, says the hiring crisis has left her a dearth of available candidates – giving only some workers greater leverage.

“Pre-pandemic, it would be very easy to put forward six candidates to a company,” explains Lawson.

“Now, it can be hard to find even two strong applicants for certain vacancies, even for entry-level jobs. Companies typically want someone with at least something on their CVs – I’m struggling to find people with any experience at all. It’s the more experienced candidates, who have remained in the industry, that now have greater choice.”

The reality is the current competition for talent is predominantly over a certain subset of the workforce: not everyone is able to get a job anywhere they want or ask for a pay rise because of labour shortages. And, while vacancies are up across the board, they’re unlikely to keep growing in every industry forever. Ultimately, it means only some candidates, in particular sectors, hold a longer-term advantage.

The Great Reshuffle is also seeing certain industries have a greater influx of candidates than others.

It implies candidates switching careers, such as Lewis, may be joining deeper, growing talent pools. In these more competitive sectors, employees could also find their ability to move around the talent market restricted.

So, the war for talent isn’t equal. While some workers are more sought after than ever, there are many others still struggling to land a job in the first place.

“I’m finding my industry to be a very competitive one to get into,” says Lewis. “Trying to get your foot in the door can be quite tricky – even during a hiring crisis.”