• Gen Z prides in not contributing to the mess Kenya is in. Now the decision is on them 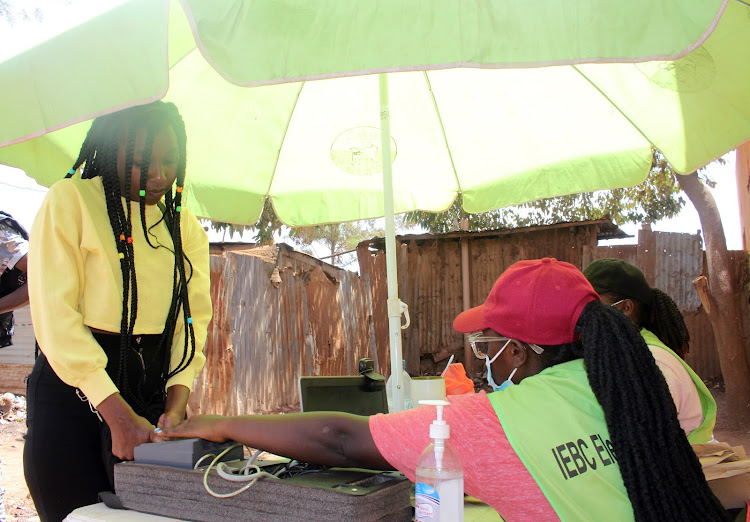 My generation, Gen Z, has known only two presidents. Mwai Kibaki and now Uhunye. Of course, most of us were born during the Moi era, but it wasn’t until he was long out of office that we even knew we existed. So everything we know about the man, we knew from the terrifying stories our parents told us.

Moi was supposed to be so terrifying, even the devil feared him. He was omnipresent, so if you had to mention his name while in some smoky hut deep in the thickets of Kadem, you better be sure it was his praises you were singing. Otherwise, you would find yourself unable to resist the smell of human poop because Moi would have already turned you into a housefly.

The government having long arms is now just a phrase DCI social media managers use to threaten rogue boda boda riders, but back then, Moi supposedly had literal long arms. And not just long arms; he could hear everything, see everything. His word was the law.

The stories were astounding, really. The Moi era saw people run scared even of their own shadows, because who knows? Even your shadow could tell on your proclivities. And woe unto you if you stepped on Moi’s big toe.

But we know Kibaki perfectly well. After all, we knew we were alive when he became President. I mean, not so much in his first term, but we were definitely very much self-aware in his tumultuous second term. His trademark mantras of 'Hakuna haja' and 'Hio ni upumbavu' were supposed to be very funny, so many of today’s comedians actually built their careers out of it. I won’t mention names but we know you guys, yeah we do. Especially since none of you has ever said anything remotely funny since Kibaki left office. We see you.

Even though he was very much alive throughout his tenure, word on the street was that his wife Lucy (the only real boss lady ever) was a dowager, ruling the country with an iron fist. Which minister is it she slapped again?

Oh, and the London School of Business graduate loved himself a cold, crispy Whitecap, a taste we now share, huh! Not to mention the infamous 'I have only one wife whose name is Lucy' national declaration.

Millennials: most educated, overworked but underpaid

Speaking of Lucy, it is such a shame our feminists today look up to someone like Rihanna, whose only notable contribution is getting pregnant with some lowlife rapper who is not even Tupac. And don’t talk to me about the billions Rihanna has. Oscar Sudi has lots of money and we know he can’t spell gubernatorial even with a gun to his head. Lucy Kibaki is the real feminist you should look up to, Mary!

Kibaki was out and in came 'My fellow Kenyans' and his friend-turned-nemesis. It was the dawn of the digital era, starring 'The dynamic digital duo'. I was in high school then and still remember the excitement of the people. The marching red ties, the State House tea for journalists. The promises of heaven on Earth: laptops, world-class stadiums, free milk, and honey (okay, I made up that last one).

After that flawless speech beside President Obama, even lakeside people, who have hated every President since this country was born, for the first time were like, “But you know, Ouru is young and intellectual like Obama. He can develop this country.”

And then the loans began. First, it was a little here, a little there. And then soon, it escalated to big ones out there and further out there. China. Qatar. UAE. I hear we even borrowed from the Solomon Islands. Do you know where the Solomon Islands are? Well, you don’t and that’s why today you park your car in line for eight hours to pay to get a fuel refill.

My generation, Gen Z, takes pride in the fact that we have not contributed to the mess this country is in. This is all your fault and your bad choices, Methuselahs. Because the majority of the Gen Z population is voting for the first time in this election.

I mean, I voted in the last election, but I’m an older Gen Z. Now, for a generation who are pro-choice, the opportunity to make such an important choice as to who will borrow money on your behalf for the next five years must be exhilarating. I know it was for me, when I first voted.

Elections are coming up again. The political environment is charged. Politicians are running around, eating with street kids because they are suddenly one of Jesus Christ’s brothers. Some are cooking ugali in smoky huts, others are hanging on matatu doors, helping the touts do their work. While even more ‘creative’ ones are walking up and down the streets barefoot just to show how ‘humble’ they are.

Everywhere you turn is a politician going like, “Hey there, I’ve stolen loads of your money this past five years, so I’m stinking rich. But see, I’m pretending that I’m just like you guys so you can vote me in to keep stealing from you.” It is crazy out there.

They are everywhere now. In the streets, on top of their vehicles, waving at everybody. On the rally podiums, dancing to the most ridiculous tunes you’ll ever listen to. Some are out there, shaking hands, dishing out cash, kissing babies, making promises, and telling everyone and everything, even street dogs, to vote for them.

We are seeing former friends biting at each other’s tails, and former foes holding hands and spewing promises of eternal bliss. There is indeed a thin line between love and hate in politics, as Gen Zs are just about to find out.

And I can’t wait to see who we vote for this time around. 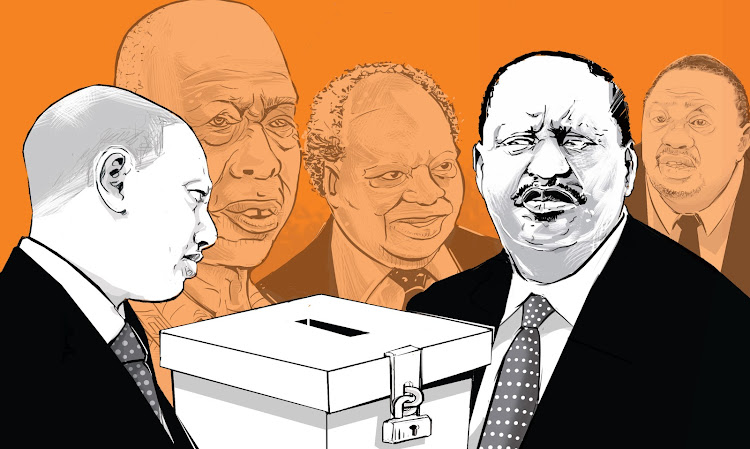 • He burnt his voting card with Lucky Dube's song 'Prisoner' playing in the background.
Sasa
8 months ago
How TikTok is shaping politics ahead of polls

Debt must become the election issue

We should hear from presidential aspirants how they will tackle crisis
Opinion
1 year ago
Post a comment
WATCH: The latest videos from the Star
by Tonny Ogwa
Lifestyle
16 April 2022 - 07:00
Read The E-Paper