Is Will Smith in a toxic relationship?

Defending wife who cheated on him has landed him in rehab for stress, led to 10-year Oscars ban

• Kenyans are divided: Women say he's protective while men feel he was manipulated 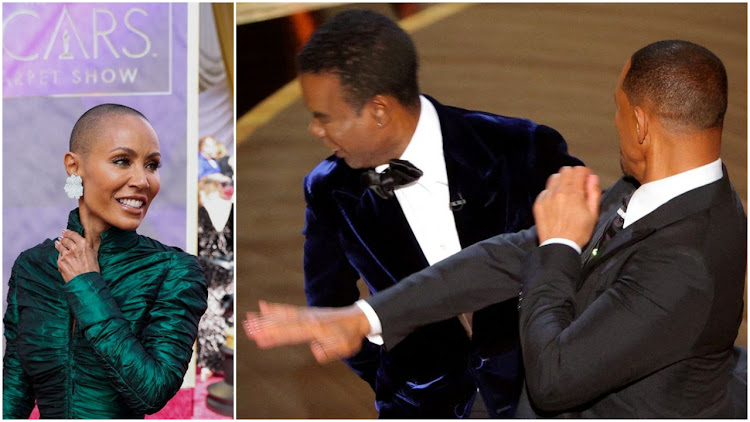 On Sunday, March 27, TV viewers around the world tuned in to watch the 94th edition of the Academy Awards. Infamous for its disproportionate recognition of top black actors, most detractors were eager to see if the Academy would let Will Smith walk away with the Best Actor award for his lead role in King Richard.

Smith would eventually win the coveted statuette for the first time, but not before he walked up the stage and slapped presenter Chris Rock on the face, ruining what would have been the best evening of his life.

Like their counterparts around the world, Kenyans weighed in on the watershed moment, some supporting the actor, who claimed to have been protecting his family, others criticising a mindless act merely for the sake of saving face.

You can be in a toxic relationship that is not entirely abusive.
Sasa
2 years ago

Should a man stand up for his wife even if it means getting physical?

“Kabisa!” said Grace Karis, wondering what the hoopla was all about. “My only concern was that the kofi was a featherweight kinda cr*p.”

Mwari Wa Mwangi shared a similar opinion. “Kakitu kadogo and they've made it into a whole fiasco. Men fight all the time. They should have allowed them to settle it kando.”

“I would love to have such a loving and protective man!” said Libby Megan, a large grin on her face.

Karimi Cumuni took the high road. “I believe every situation is unique to people based on their circumstances.”

“Naah,” Shamir Wachira disagreed. “The guy’s been manipulated by that devil called Jada.”

He [Will] got the joke alright, but the look from Jada made him act spontaneously

Chris Rock had gone onstage to present the award for Best Documentary Feature, making some jokes along the way, one of which was at the expense of Smith’s wife Jada Pinkett Smith.

He was alluding to Jada’s shaved head, either unaware of or ignoring the fact that she suffers from alopecia, an autoimmune condition that leads to hair loss. Smith appeared to have initially laughed at the joke, while Jada rolled her eyes.

When your hair falls off and leaves scars

This did not sit well with most men.

“He [Will] got the joke alright,” opined Steven Rugara, “but the look from Jada made him act spontaneously.”

“He didn't have that same energy while she was getting nailed by August now, did he?” asked Nyakundi, referring to a singer, August Alsina, she had a years-long affair with.

Last year, Will said he and Jada are in an open relationship, adding that she has “never believed in a conventional marriage”.

Unfortunately for Jada, 50, a lot of Kenyans will simply not let go of the affair, dubbed ‘The Entanglement’. August, 30, is her son’s friend and was 23 when they first met.

Will Smith has since checked into rehab. “The impact of the backlash has hit Will hard, so he will be getting help on dealing with stress,” reported UK newspaper The Sun.

Frank Mwanziah blamed Jada for the way Will Smith snapped. “That was pure manipulation,” he said. “Will is just in a toxic relationship and he ain’t man enough to admit it.”

Lucy Mbogo echoed the popular opinion among the ladies, which seemed to hinge on the quality of a relationship as the only basis to warrant a man’s actions pertaining to his partner.

“A good man will always stand up for his woman,” she said, “but every woman should make it so the man is fighting for someone that is worth it, sio kupigania kinyangarika.”

In the aftermath, Will Smith resigned from the Academy, one of a host of likely repercussions to follow [He has since been banned from the Oscars for 10 years]. Sharon Otieno swore that if her man fought for her honour, she would support him “all the way”, no matter the consequences.

However, “There are wives worth fighting for,” Lydia said, “but Jada ain’t the type. She is street.”

Not you, too: Dismay at Kabus’ drama

Day Diamond’s mum slapped him for his promiscuity

She tamed the self-proclaimed lion with a slap

A tribe in the Amazon gets it, no pretences of fidelity

Says the only man she doesn’t entertain in her life is a broke and stingy man.