The age of gender pronouns

Young people are choosing to be identified as ‘they’ or ‘them’ to hide their gender.

• Non-binary individuals go by pronouns that are neither male nor female. 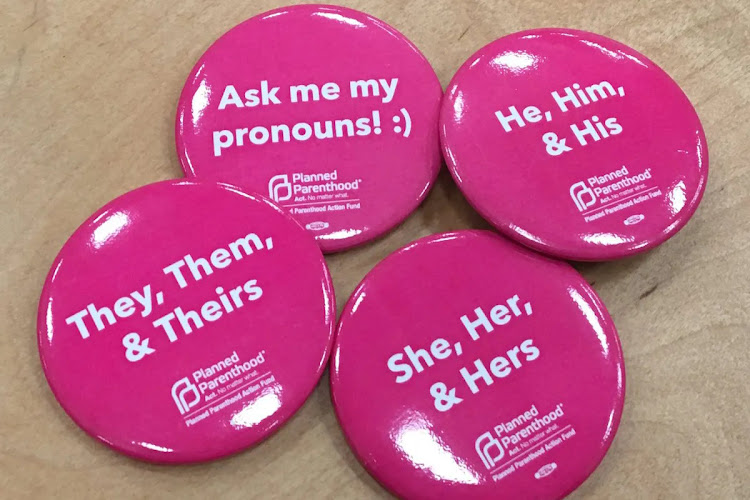 Gender has become such a contentious issue in today’s world.

The two main genders have always been male and female, but with time, some people have felt that those two identifiers are limiting. They have instead opted to be non-binary or gender fluid.

Non-binary individuals go by pronouns that are neither male nor female, for example, they/them/theirs.

They do not answer to he or her because they do not identify as either of the two genders and opt to have a fluctuating gender.

Pronouns such as Xe/Xem/Xyrs, Ze/Zir/Zirs or E/Em/Eirs are used instead of the standard male and female pronouns.

So an individual who says they are gender fluid may be introduced as “John is a student at the University of Nairobi. They study Law.”

Ridiculous as it may sound, some people say that they would rather identify as neither male nor female to not face discrimination.

While applying for a job interview, for example, a person who does not submit their gender may be less likely profiled as a male applicant or a female applicant.

According to an article by the BBC, a recent study found that using gender-neutral pronouns reduces mental biases that favour men and increases positive attitudes towards women and the LGBTQ community.

Today, organisations and workplaces are working on being diverse and inclusive. 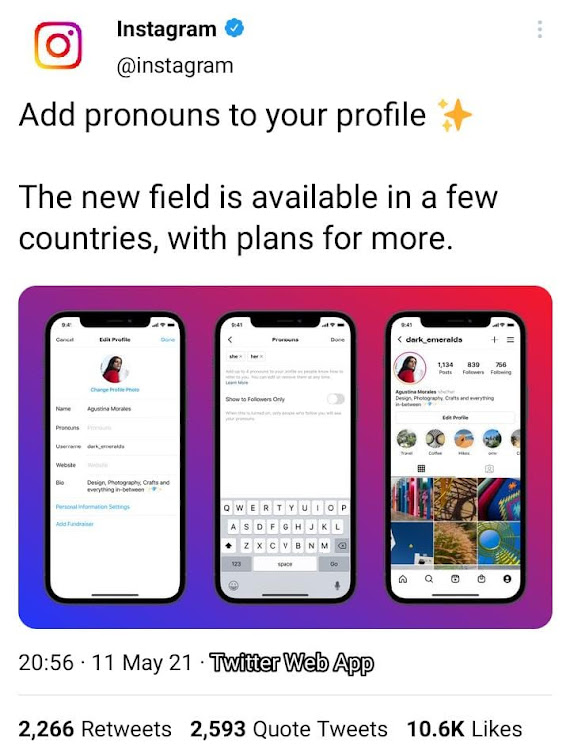 INSTAGRAM PRONOUNS Instagram announced in May 2021 that users could add their preferred pronouns to their bios.
Image: /SELINA TEYIE

I once saw an application for a mentorship programme that said “High priority will be given to they/them individuals and women of colour.”

In 2019, the British Broadcasting Cooperation (BBC) made headlines when it announced that it encourages its employees to declare their preferred pronouns to help with the inclusion of transgender employees.

Declaring pronouns helps avoid ‘misgendering’ individuals, and people are making it a thing to introduce themselves with their pronouns to avoid such misunderstandings.

Misgendering someone- calling them by the wrong gender- can be highly offensive to someone.

Social media platforms such as Instagram are also allowing individuals to add their pronouns to their Biographies.

The trend is probably going to catch more momentum in future as younger generations become more and more liberal.