Catherine Musakali: What it takes for women to get board positions

Catherine Musakali coaches women on how to step up the career ladder.

• Catherine Musakali, a trained lawyer has made it her job to coach women on how to step up the career ladder.

• Getting children, Catherine insists, should not be a reason for women not to explore their full potential in their careers. 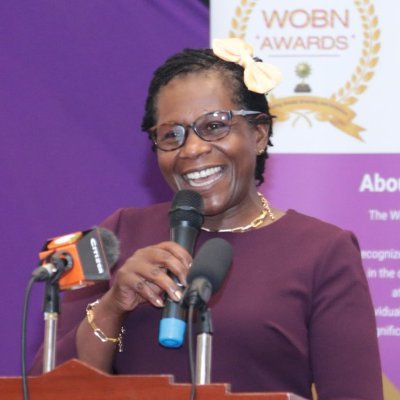 A number of women are yet to explore their full potential in building their careers.

In Kenya, there are fewer women in the boardroom and also those holding managerial positions at various organizations.

Catherine Musakali, a trained lawyer has made it her job to coach women on how to step up the career ladder.

5 years into employment, the chair of Women on Boards Network landed a managerial position as the Company Secretary and Head of Legal Department at Kenya Shell.

Later, she started the Women on Boards Network – a platform aimed at promoting and encouraging women into Board leadership.

The thought of starting the Women on Boards Network came when Catherine was chairing a committee to develop a code of corporate governance for listed companies.

“One of the principles we were putting in the code was that boards must be diverse. But looking at the boards, they were predominantly male. Everybody I questioned would ask ‘where do we find women?’ I decided to do something about it,” she told the Star.

In 2014, she started the organization alongside three other friends namely Calvin Nyachoti, Nkirote Mworia, and Rose Lumumba.

They have a database of board-ready women, who have undergone the necessary training to build their capacity and to effectively serve on boards.

However, Catherine does not entertain organizations who reach out to her for female managers or board members only with the intention of attaining gender equality in their boards.

“We don’t want people to be appointed purely for gender balance because they will never be included in decision making. We ask the person to give us the skills they are looking for so that this person is valued for the competency they bring in the board, and not by virtue of being a woman.”

Getting children, Catherine insists, should not be a reason for women not to explore their full potential in their careers.

“I do not think women with children are limited, I have a problem with this whole issue of putting women in a box. It is all about choices, when do you want to do what? What support can you get in your career? Children should not be looked at as a limit to one’s career,” she said.

Married women and new mums can have an easy time scaling their career heights if they build a strong support system at home.

“A woman with a supportive husband is bound to move faster than one with a non-supportive one. The latter has more hurdles to jump over and her progression is slower because of the negative energy.”

Catherine noted that women should also not shy away from seeking employment when they are pregnant for fear of not being hired.

Instead, it is prudent for employers to have gender-sensitive policies to support pregnant women.

“Women and men are enabled differently. Organizations can do gender budgeting in order not to discriminate against women bearing children. Their loyalty becomes higher if they feel supported by the organization.”

Having served as a Director at the Nairobi Securities Exchange and currently sitting on various boards, Catherine says it is never too late nor too early to grow one’s career.

“I retired from formal employment in 2013, but in my view, that is when life began. Because that is when I started my consultancy firm Dorion associates.”

Since its inception, Women on Boards Network has placed over 120 women on boards and trained over 550 in their various programs.

Two years ago, the organization introduced a Junior Membership category that is made up of boys and girls from the age of 12.

These young ones will undergo training, coaching, and mentorship to build their leadership capacity up to the point where they get their first employment.

Working mothers: How to achieve balance in your life

Balance helps you to be productive at work and good in parenting
Sasa
3 weeks ago
by FRIDAH NALIAKA
Lifestyle
07 January 2022 - 13:54