• While we don't have a groundhog in Arica, the idea of being stuck in a loop is familiar 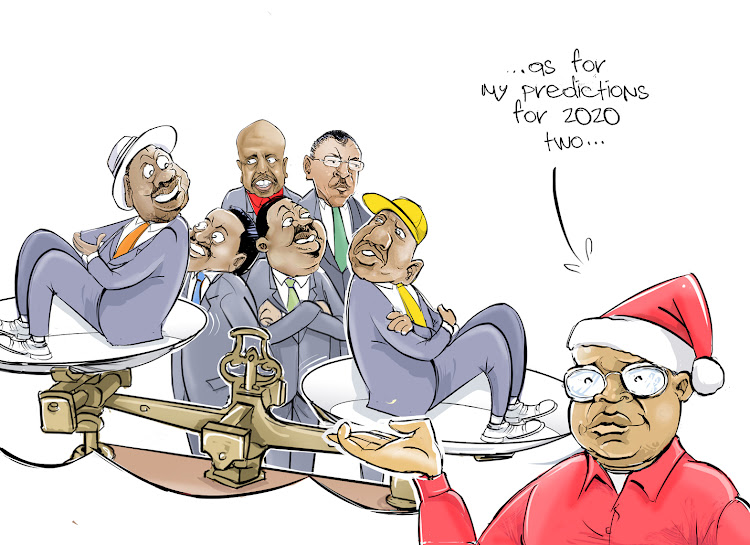 As you probably know from 100 memes doing the rounds, the year that begins today is pronounced 2020, too (or even two).

Some wags suggested events this year will feel like a sequel of the year before last.

They talk of a Groundhog Day experience.

For those who have never seen the 1993 Bill Murray, Andie MacDowell starrer, as the movie reviewers say, here’s the plot in brief:

A cynical TV weatherman finds himself reliving the same day over and over again when he goes on location to the small town of Punxsutawney to film a report about their annual Groundhog Day.

The Internet tells me the Groundhog story comes from the oral literature of the Pennsylvania Dutch, an American tribe with roots in the Netherlands.

The Europeans in the diaspora, who are related to some of the Afrikaaners in South Africa, have a belief that if a groundhog emerges from its burrow on a particular day and sees its shadow due to clear weather, it will retreat to its den and winter will persist for six more weeks.

If no shadow is seen, then the Dutch ancestors believed the season known as spring will arrive early.

The closest thing to an American Groundhog we have here in Africa is the Rock Hyrax.

If you have never ventured into a national park or game reserve and think wildlife shows on TV are boring, you might not know about this wonderful creature.

It looks like a guinea pig on steroids. But bizarrely, its closest living relative is actually the elephant. Isn’t nature just wonderful?

Anyway, in Kenya there are only two seasons; this doesn’t apply.

I’m not altogether sure about Cape Town, where we can have all four seasons in one day. But more about that some other time.

Nevertheless, no matter what someone else’s ancestors say, I don’t believe it is going to be some sort of Groundhog Day experience.

But if by some cosmic conspiracy it turns out to be so, the Wall Street Journal summarised 2020 thus: “Tumultuous, terrifying, wearisome. Resilient, heroic, hopeful”.

If you ask me, that description fits most years really.

As for my predictions for the coming year, from past experience, I’ve learnt that if I say X will happen, Y occurs instead.

So to confound the fates, let me predict that the Botanist will narrowly defeat the Bureau of Standards engineer at the ballot box. However, both will be pipped to the post by the utterly bland M3 coalition, who promise a revamp of the Constitution, reintroducing the post of Prime Minister in their sharing of the spoils.

This state of affairs will lead to a spate of handshakes and toshas with an eye on 2027.

This particular soap opera will continue ad infinitum, with the sons, and eventually daughters, of freshly minted hustling dynasties running things in perpetuity like some sort of ignobility.

Speaking of predictions, remember the Maya people who lived in central America and their prophecy that the world would end on December 21, 2012?

That said, of course there’s every possibility they made a mistake in their calculations and actually the faeces would hit the fan on December 21 this year.

Now that would be something to look forward to, don’t you think? Except it also passed without incident.

Closer home, a recent case in Durban where a dead pastor lay at a funeral home for three months as his family waited for his resurrection reminded me of a similar situation in Nairobi about 30 years ago.

Followers of Pastor Evans Mrima from the old Shan cinema in Ngara, did not take kindly to ridicule by news reporters back in the early 1990s.

When their man died, they believed he’d come back to life on the third day, but nothing happened.

When journalists went to ask why not, his erstwhile followers had no compunction in casting the first stone.