The 'butterflies in your stomach' explained

The reason behind that 'gut' feeling. 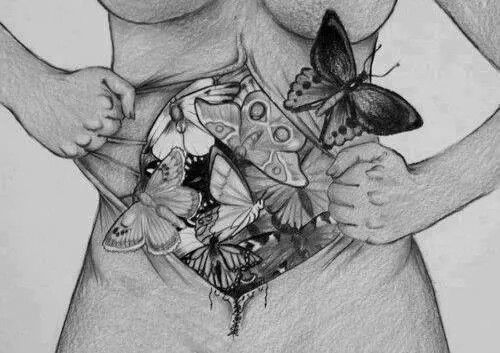 Illustration of 'Butterflies in your stomach'

These swoony sensations we recognize before a big meeting, when you see your crush or at times when walking in darkness for some of us.

But why does it happen?

According to researchers, the Gut is “the second brain”, with a network of 100 million neurons embedded in the gut wall.

The brain relies on the same type of neurons and has a direct effect on the stomach and the intestines.

This is why a very stressful event, makes your gut respond by either having diarrhoea, constipation, feeling dizzy or even vomiting.

“When you are mentally and emotionally distressed, the brain receives chemical signals through the vagus nerve. The gut then responds by manifesting the different undesirable symptoms,” John Mwangi, a Nakuru based medical practitioner told the Star on Monday.

Mwangi says that that feeling that you don’t want to eat, is because digestion is slowed down when the smooth stomach muscles are extra sensitive during the fight or flight response.

“It is perfectly normal to feel that way, and anxiety is a natural and healthy response to the worrying things that life might throw at you,” Mwangi said.

He said the best way to deal with the ‘butterflies’ is to breathe deeply and to relax as it helps calm your brain.

“People deal with the situations differently. Some people listen to music while others like to change the environment for some time,” he said.

Mwangi advised those prone to anxiety to feel more control of the present and seek professional help if it becomes very overwhelming.