Parents should know their actions affect the younger generations 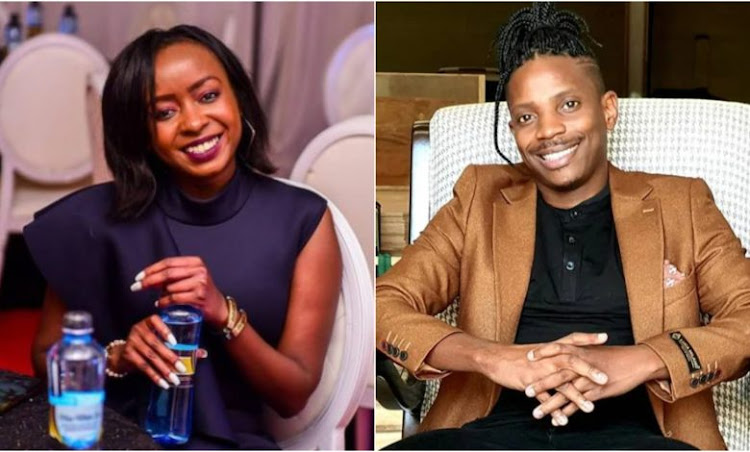 Last week, comedian Eric Omondi and former TV news anchor Jacque Maribe took to social media to air their dirty linen in public. Drama unfolded when Omondi posted that he was expecting a baby with musician Miss P. He tweeted that he was ready to take full responsibility of the baby they are expecting.

Maribe, who has a young son with Omondi, took to Twitter to rebuke Omondi’s statements of ‘taking responsibility’ by calling him a deadbeat father.

Omondi responded that he was uncertain of the boy’s paternity and demanded a DNA test, claiming that he and Maribe only engaged in a one-night stand. The resulting consequence of the Twitter feud was a public display of degradation and soiling of each other’s characters. Kenyans on Twitter devoured every minute of the debacle as the story trended for days on the social media platform.

Public figures like Bonniface Mwangi also chimed in on the topic, forgetting the insightful Swahili saying, “Ukiona ndugu wawili wakipigana, shika jembe ukalime (If you see two brothers fighting, go and farm)”. The saying is used to warn others about interfering in matters that concern two parties who are related.

By the time Maribe and Omondi raised their white flags, Kenyans had had their fill of tearing the concerned parties to pieces. Others raised their concerns over the effects such a public stunt had on their child. If the child, who is about seven years old, is not aware of the situation already, then there are high chances he will be sooner than later.

For starters, at a schoolgoing age, the boy is exposed to other children’s tales and the gossip they spread when they hear the adults in their families discussing the issue. Secondly, the boy is a member of generation Alpha, a generation whose very existence is interwoven with technology. If that child does not know how to navigate mobile devices and surf the web, then I will eat my words.

The Omondi and Maribe case is not isolated. Parents belonging to the generation X and Y were introduced to digital media at the height of their youth. They took to the Internet and social media to display every aspect of their lives. Social media became an integral part of their expression, most of them not knowing where to draw the line. What is private, what is not? What are the ramifications of oversharing on public spaces?

Back in the day when our parents argued, we would pray that the next-door neighbour does not hear anything. These days, parents take to public spheres to air their dirty laundry, while dragging each other through the mud for the whole world to see. The one thing they forget is that the Internet is forever; what has been posted online will never truly disappear. That their children will have access to it.

The things we post online will come to haunt us in the image of our children. As a result of their early interactions with technology, the younger generations are smarter, shrewder and more capable than we ever were. They are much more in tune with what is going on in the world no matter how much we try to shield them from it. It is, therefore, much worse for them to see their parents venting out their feelings or hatred of each other on social media.

As it stands, Gen Z is considered to be the most sensitive and emotionally void of all generations. The more we expose our children to the unstable online version of ourselves, the more traumatised they are. The younger generations are more prone to mental health issues as a result of their parents’ emotional instability, often displayed in the public spheres.

Although Maribe and Omondi called a truce, stating that they won’t disclose any private affairs between them, their actions are a little too late. Their words have forever been immortalised in the unfading book of history that is the Internet.

Platform is a happy place in good times, a nightmare during breakups
Sasa
1 year ago
My generation is happy it grew up without Internet
by Nabila Hatimy Entertainment Writer
Lifestyle
13 November 2021 - 06:00