My generation is happy it grew up without Internet 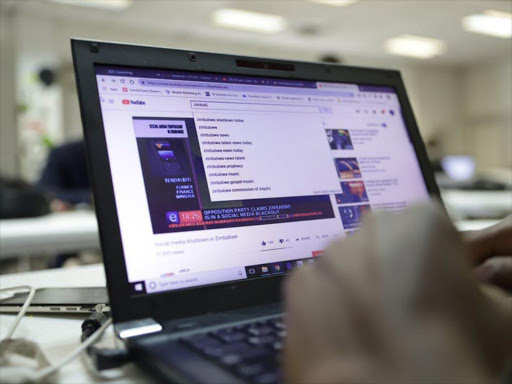 From as far back as I can remember, people of my generation were hailed as “the leaders of tomorrow”.

Tomorrow has come and in fact, some members of my generation are in leadership and others are still struggling to lead.

Just for your information, I am defining a generation as a period of 10 years before and after my birth.

Meanwhile, there are others like me who watch it all with amusement and sometimes horror when we remember some of the exploits of these wannabe leaders. Deeds that they would most probably prefer were generally forgotten.

As yesterday’s leaders of tomorrow take charge today, they can be glad for the most part that they grew up in an age without the Internet or mobile phone cameras.

For instance, following the interviews for those wanting to lead the Judiciary and preside over the Supreme Court of Kenya, I could not help but recall an infamous incident at the Carnivore back in the early 1990s that involved at least two of the people who would be Chief Justice.

I also couldn’t help wondering if anyone on the JSC panel would bring it up, or whether the two involved ever thought about it. Surely they must have bumped into each other several times over the last 30-odd years in the corridors of justice.

Of course, we all have a past and not everything we did in those pasts was glorious and admirable. I know those who write eulogies would like us to think otherwise, but let’s be honest here and acknowledge one’s past is forever a part of them.

So when a group of high-spirited young lawyers, who were politically poles apart, met at the Carnivore (or was it the Simba Saloon) at the height of the multi-party debate in the early 1990s, sparks were bound to fly, and not in a romantic sense.

Sadly, just as there were no camera phones to record the moment and post it on the Internet, there were no gossip columns in the newspapers of the time.

Nevertheless, it was noted by many who were there that one of the parties poured — some claim accidentally spilt, but let's not split hairs — their drink on the other.

After an energetic discussion, which some may recall as a vicious argument, the management of the venue had to deal with the contretemps and one of the parties was shown the door.

Had I been on the JSC, I would have brought up the story just to show that the candidates for the highest position on the bench are also human and have also not always been holier than thou. That having had lives, they can now pronounce on the lives of others.

Meanwhile, I am reminded that the Kenyan constitution borrowed its rules governing the Judiciary from South Africa.

Here the JSC is in the process of interviewing over 80 candidates for a number of different judicial posts across the country. The interviews are showcasing the diversity of the courts at different levels.

The Judiciary is taken very seriously here. By law, for the JSC to appoint a person, they have to ensure the person is appropriately qualified and a fit and proper person. They must also consider the need for the Judiciary to reflect broadly the racial and gender composition of the country.

In 1998, the late Chief Justice Ismail Mohamed introduced additional guidelines. These suggested that in the elaboration of the above three criteria, applicants had, among other qualifications, to be people of integrity and competent both technically as lawyers and with respect to the capacity and ability to give expression to the values in the constitution.

I was thinking about these qualities when the Kenyan JSC interviewed one of the candidates, who appeared, in a previous ruling, to think statutory rape is okay. That reminded me of a former Justice minister, now governor, Kiraitu Murungi and his thoughtless comment about some victims of rape being only too willing.

Surely people who think like that should not be allowed anywhere near the offices of a judge, unless they themselves are being judged.