Why Mombasa has so many stray cats 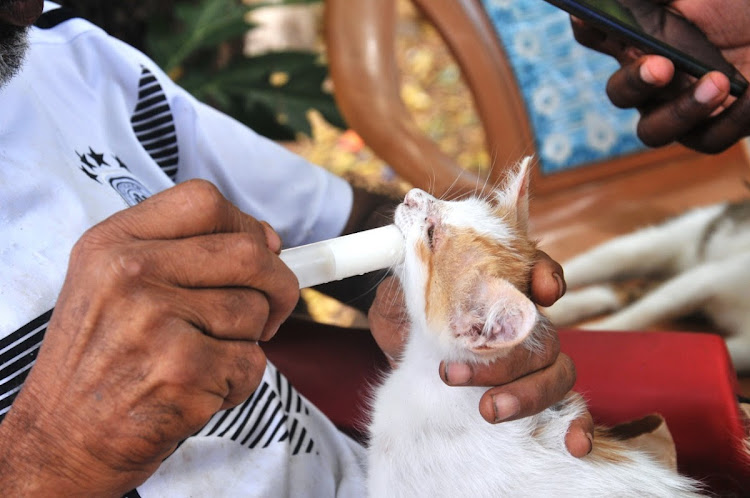 The number of stray cats and dogs in Mombasa has been rising at an alarming rate over the years.

However, it has not been easy to ascertain the exact number of these animals in the streets, says Dr Musembi Kioko, the Mombasa County Director of Veterinary Services.

Kioko attributes the high number of stray animals to the fact that pet owners neglecting their animals to roam freely.

Most people have been unable to give their animals proper care, he said. They neglect them to look for food in the streets because of financial problems.

“My experience with Old Town people and Mvita at large is that they love cats and keep them in large numbers,” Kioko says.

“However, it becomes an issue to feed and give them proper medication. That’s why we have so many roaming around the streets.”

He says it is also problematic that the cats reproduce three times a year. A cat can give birth to at least six kittens.

“A cat starts giving birth from six months and it gives birth thrice a year. By the time it is on its third pregnancy, the first kittens are ready to start breeding also,” he says.

Kioko says a large number of cats can be a health hazard to both the animals and human beings.

He says even though cats pose a low risk of spreading rabies to humans, it is not unprecedented in Mombasa.

In May, Mombasa conducted a month-long rabies vaccination exercise. They vaccinated 3,000 animals, of which 731 were cats.

It was the second vaccination drive in six months, bringing the total number of cats vaccinated to 1,146, Kioko says.

He says despite having a station at Makadara grounds, which is a few metres from Old Town, only 100 cats from the area were vaccinated. Most of the cats vaccinated in May were from Tudor.

The flu affects cats’ breathing system, and if not attended to properly may lead to death.

Cats are also at risk of getting pneumonia, roundworms, tapeworms and hookworms, which attack the mucus membrane and the eyes.

Hookworms and roundworms may be harmful to humans. They can be passed through the cats’ droplets when they come into contact with humans.

“Cats are very intelligent creatures, they usually bury their droplets,” Kioko says. “ However, with most parts of Mvita having concrete, this poses a challenge to them, thus putting humans at risk when they come into contact with the droppings.”