• Twitter influencer @amerix rivets over 449,400 followers with his masculinity advice 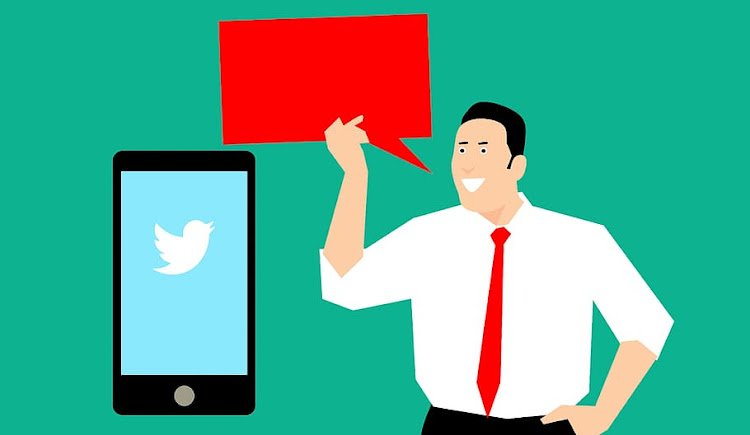 Young men are looking to online figures for advice on manhood
Image: PXFUEL

If you are an avid social media user, then you have probably come across the Twitter hashtag #MasculinitySaturday trending.

The popular hashtag is the brainchild of medical consultant Eric Amunga, who goes by the handle @amerix.

It aims to equip men with information and tips to help them navigate manhood. It also covers areas of their lives that require them to man up and handle their business.

His teachings range from health and fitness to finance, romantic relationships, parenting and other societal issues.

Thousands of men dutifully flock to Amunga’s platform every weekend to get his teachings, referring to themselves as ‘Students of Amerix’.

One of his students, Edwin Lagat, 25, says he follows the influencer’s teachings diligently.

“I have tried out many of his teachings and they have worked out so well for me,” he told the Star on the phone.

“I think he is an expert in his teachings, especially on men’s health and well-being. That’s why I take his advice on masculinity. I believe he does extensive research on what he teaches before he posts it online.”

Amunga describes himself on his Twitter bio as a reproductive health, men’s health and well-being specialist. He has an impressive following of more than 449,400 followers, both men and women.

He however keeps his face out of the public eye, instead using the image of Martin Luther King as his profile picture.

Some of his teachings include:

- Don't watch soccer for 12 months, use that time to learn a skill & join a gym,

He has also tweeted:

Society today has a lot of young men without father figures, who didn’t get a chance to learn about things concerning men from a male point of view

But not all of his followers take his teachings to heart. Allan Njane, 25,  from Nairobi, says he follows the influencer but takes his teachings with a pinch of salt.

“I feel that his teachings go beyond teaching to empowering the boy child. But sometimes, I just rely on my own reasoning when I engage his hashtags on masculinity. I pick what I deem good and those that I feel uncomfortable with, I leave,” he said.

*Leonard (not his real name), a Nairobi-based journalist, is more skeptical. “I don’t exactly follow what he says because I am my own man. I chart my own way of being a man. In fact, I don’t think he (Amerix) even practises what he preaches because some of the teachings are a little outrageous.”

He cites Amerix’s controversial sentiments on how men should relate with women.

Rebecca*, a graphics designer in Nairobi, is also cautious. “I have been following Amerix for the past two years now and I think that what he is doing for men is really important because society today has a lot of young men without father figures, who didn’t get a chance to learn about things concerning men from a male point of view,” she says.

“My only concern is that some of his teachings on how men should relate to women are a bit extreme. Some things he advises men to do when relating to their girlfriends or wives are just unrealistic. Like why shouldn’t my boyfriend buy me flowers or chocolates if it is what I like?”

Another popular hashtag that emerged from his platform was #staytaliban, which got people's attention until one user said, “Do you know that the Taliban are rapists?”

Leonard said he should be careful with his tweets. “The context could easily be misunderstood because of what the Taliban is subjecting women to in Afghanistan.”

Rosemary Kinuthia, director of partnerships and programmes at African Boy Child Network, welcomed the idea of using such platforms, citing the scarcity of male role models in society.

“If there are any male role models present, they may be too busy making money or they don’t have the capacity to be role models to young men because they themselves had been deprived of role models as they grew up,” she told the Star on the phone.

Kinuthia added that there is a major gap young men are looking to fill, and platforms such as Amerix’s are the ones helping them bridge the gap.

She said most of Amerix's followers are likely young fathers or men in their early 20s who desperately need guidance.

“A lot of young boys today are very feminine, they are losing their masculinity. Male figures around them are not man enough to set them straight or their mothers are depriving them of their fathers,” she said.

Kinuthia however urged the youth and young men especially to be careful who they listen to on the Internet.

“When in doubt, ask other men around you what they think about some teachings before you take the advice. Don’t just follow blindly. I feel that real masculinity is not uniform. I feel it (masculinity) is treading your own path as a man,” Kinuthia concluded.

The exclusion begins at the grassroots to highest levels of society.

Worries over changing gender roles abound from China to Kenya

Say they are ridiculed when they report to police; their children also disrespect them.