To teach or not to teach children mother tongue? 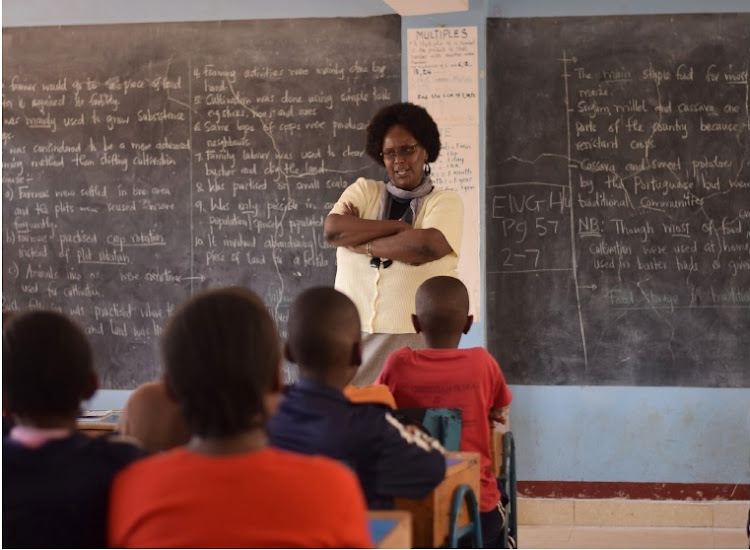 A surprising number of children in Kenya are growing up unable to speak any of their parents’ mother tongues. This is happening because of urbanisation, ethnically mixed marriages and people adapting to what they think is modern living.

The problem is slowly extending into the Kiswahili language as some families encourage their children to speak only in English. Kiswahili is a compulsory subject in primary and high schools, but for children raised in homes where only English is spoken, the national language is relegated to just another school subject done to pass examinations.

“I think one of the reasons why [some] children are only speaking English is because they are growing up with minders and parents who speak English,” Caroline Wanjala, a mother of one, says. “Most schools don’t want any other language spoken in the compound, leaving the child with nowhere to learn or speak another language.”

Many Kenyans know at least two languages: mother tongue and Kiswahili. A significant number know at least three languages when English is included. In January 2020, Kenyans were rated as the second-most fluent English speakers in Africa. The rankings were published by Education First, a global private language tutor. Top on that list were South Africans.

The parents who have decided not to teach their children mother tongue say vernacular languages are no longer relevant. "My fluency in mother tongue has not advanced my career, so why bother teaching the language to my children?" is a common response.

A Unicef report published in 2016 describes the colonial origins of Kenyans’ bias towards the English language. As the language of the rulers, English was seen as a revered, powerful and prestigious language.  Similar attitudes exist today. Native languages were regarded as languages for "mundane communication needs in private life,” while English was the language for serious matters.

Education policies after Independence sought to have children taught in their mother tongue during the first few years of primary school. Over the years, the use of mother tongue as a language of instruction has increasingly declined in favour of English and Kiswahili. The biggest challenge is the lack of instructional material in vernacular languages.

There is also the changed reality where teachers and children are of different ethnic backgrounds. Besides, there is no real incentive to teach in mother tongue because national examinations are done in English and Kiswahili.

With at least 44 ethnic groups in Kenya, the government promotes English and Kiswahili to foster national unity. Similar policies are implemented throughout Africa, where some countries have as many as 150 ethnic groups. Colonial-era languages were widely adopted to build national unity.

But as the use of mother tongue declines, there’s scientific evidence that children who understand multiple languages have faster mental development, improved memory and concentration, and are better at solving problems. Multilingualism offers practical benefits for the child, including better communication, the ability to make more friends and greater career opportunities in their adult lives.

Scrabble chairman: You don’t have to be good at English

Some parents fear that using multiple languages would “confuse” the child and slow down his or her ability to learn. This is why some families stick to one language. English inevitably becomes the language of choice because it is widely used in school. Language confusion is, however, one of many myths tackled in a report titled, “Bilingualism in the Early Years: What the Science Says.” The report was published in 2013 by professors Krista Byers-Heinlein and Casey Lew-Williams.

Lots of parents worry about their children using words from different languages in the same sentence. To the parents, this is a sign that their children cannot decide which language to use. Krista and Casey say this is a normal part of multilingual development and that the children may be copying adults in the home who speak in a mix of languages. They eventually will learn when and how to use a particular language.

Yet another myth about multilingualism is that it delays the child’s ability to understand a particular language. While bilingual children typically know fewer words in each of their languages compared to children learning just one language, those differences disappear when you count the total number of words the child knows across all languages spoken in the household.

Parents and caregivers can raise multilingual children by speaking in mother tongue at home. This could be a challenge where both parents are from different ethnic groups, but most multi-ethnic homes use Kiswahili anyway. Meanwhile, the child learns how to speak English in school. At home, the use of English is supplemented through exposure to the media, which is mostly in English. Children eventually learn to differentiate and understand all the languages they are exposed to.

You can make learning two or more languages fun for children by reading and singing to them in your native languages. If you can find television channels, radio stations and newspapers in your language, the better. Participate in social events where your child gets first-hand experience with other people speaking the language. This is one more reason to visit your rural home more often!

For parents who want their children to learn other international languages, such as French, German and Spanish, it makes sense to enrol the child in a language class because those languages are not widely spoken in Kenya. Formal classes will teach your child how to read and write in those languages. If you can afford to visit the country where the language is spoken, your child will benefit from that experience.

Lastly, it is common for children to mix up words of the languages they are learning. Don't be discouraged for this is part of the learning process.