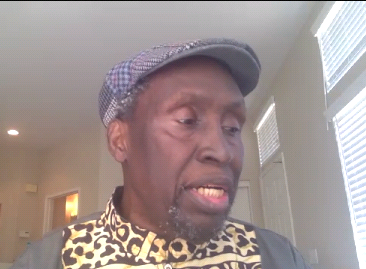 Our current national policy for language recognises the crucial place of the native languages at the epicentre of our heritages and new educational dispensation. Vernaculars play a pivotal role in the construction and negotiation of decolonial identities.

No wonder that the search for identity after independence continues to be a pervasive theme in popular culture and literatures of most African writers, young and old. This is so even here in Kenya, where emergent writers grapple with the choice of languages of literary arts out of the many that exist in our multicultural societies.

One of the leading voices in championing African vernaculars as vehicles of social and cultural identities is Ngugi wa Thiong’o. In his recent memoirs and multiple interviews, he has described how Gikuyu as a language is a primary resource to his epic career in writing that spans six decades.

Perhaps this long engagement with the language debates in African literature with a bias for vernaculars is what endears Ngugi to many international audiences and Africans.

Last Sunday June 26, he was the guest writer of a new series titled, “Conversations with Veteran Writers.” The series is mooted and hosted by the Accra-based Pan African Writers Association as part of its Pawa Literary Series.

Ngugi’s interview is the second after the debut, which focused on the 1986 Literature Nobel Wole Soyinka of Nigeria. Soyinka was interviewed in May by Wiebe Boer, a German author and Africanist.

Both Soyinka and Ngugi were hosted by the Pawa secretary general Wale Okediran via Zoom. Literary enthusiasts and students from across the continent and Kenya attended both talks in droves. One hour into the Ngugi talk, over 100 participants were listening in, and the event had to be streamed to accommodate more.

Other affiliated writers’ associations were well represented at the virtual event. They included, among others, the National Writers Association of South Africa, the Uganda National Theatre and Cultural Centre as well as PEN International – Uganda Chapter, headed by its president Dr Danson Kahyana of Makerere University.

Makerere University is Ngugi’s alma mater and formed a major leitmotif of his evening of talk, memories and experiences as a writer and champion of African vernaculars as literary mediums. The famous author shared with the audience his flowerings as an author in the late 1950s, when he joined the then sole varsity in East Africa.

It is at the Makerere of 1959-62 that he wrote his first serious literary story ever. It was after an encounter he had with the late Jonathan Kariara, a famous Kenyan poet and publisher who back then ran the student literary magazine called Penpoint. Kariara taught for years at Moi University.

CBC pioneer class could miss out on foreign languages

His poetry has been taught in Kenya and elsewhere for decades. Together with Rebecca Njau, he is one of the pioneer Kenyan writers who trace their roots to Makerere University of the late fifties and the 1960s, including Ngugi himself.

The Kenyan writer pointed out how Uganda and Makerere enabled him to find his literary calling. Coming from the racial apartheid of the Kenya Crown Colony to the black-dominated Ugandan Protectorate showed him how Black dignity, aesthetics and identities can be performed.

Years later, long after the Makerere Writers Conference of the 1960s, where the debate on the role of English versus the African vernacular is said to have roots, Ngugi would emerge as a strident and vocal advocate for our mother tongues. Since 1977, he has been writing in Gikuyu.

His latest book of fiction is titled The Perfect Nine: The Epic of Gĩkũyũ and Mũmbi (2020). It was first published in Gikuyu as Kenda Muiyuru: Rugano rwa Gikuyu and Mumbi in December 2018 and launched at the Kenya National Theatre last year, just before the Covid pandemic reached our shores.

In his Saturday reading, spiced with song and laced with remembrances at the instigation of his interlocutor, Prof Okey Ndibe of Nigeria, a famous novelist himself, the Kenyan writer proved his famed intellectual mettle yet again. Ndibe is the author of two novels, Arrows of Rain (2000) and Foreign Gods Inc (2014).

Responding to the perennial issue of which between English and vernaculars is best suited for African literatures today, the witty professor from Limuru who is the first head of the famed International Centre for Writing and Translation, argued how translation is the language of languages.

To him, no language is superior to others, be they vernaculars of here or foreign ones. However, he calls for language empowerment as opposed to language enslavement. He advised all and sundry that empowerment is the ability to know and use your vernacular first and any other language acquired after it.

Enslavement of the highest order for him is evident in anyone who speaks one or more foreign language(s) but knows not his vernacular. Such a person, whether African or alien, is one who embodies the age-old adage: mwacha mila ni mtumwa.

The talk can be accessed at Akweya TV on YouTube as part of the Pawa digital literary archives.

Scrabble chairman: You don’t have to be good at English
by Justus Kizito Siboe Makokha Books/Plays Reviewer
Books
03 July 2021 - 05:00