Just one of those days when nothing goes right

• Proud trip to get vaccinated turns into a near-death experience 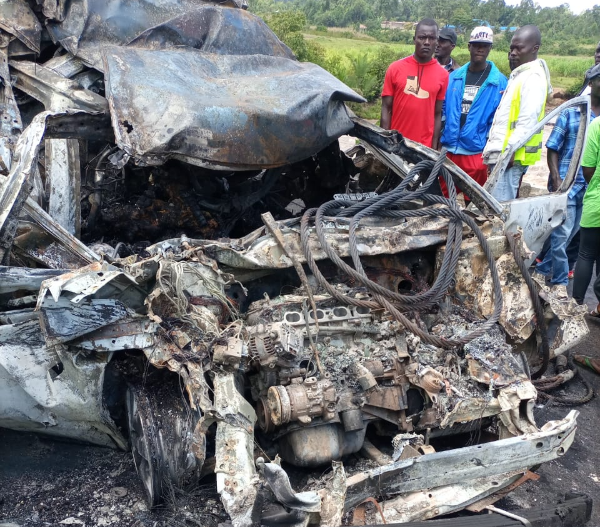 Do you ever have one of those days when you wish you had just stayed in bed as you might have accomplished more?

Friday August 20 was one of those days for me. That evening, just 20 meters from my gate, I survived what I suppose could have been a much worse traffic accident than it was.

My life didn’t flash by me in the blink of an eye, so I guess that’s how I worked out I wasn’t going to die just yet or even near death.

Of course, for years I thought that the whole life flashing by you in a second was more a creation of the cinema and fiction writers until I read something in a magazine that first of all the phenomenon has a name: Life Review Experiences or LREs.

Anyway, back to my accident.

I had dashed off to the shops to pick up some necessities. On the way back, just as I slowed down at the crossroads next to my house, out of the corner of my eye, I saw this grey car that ordinarily should have stopped at the stop sign hurtling towards me.

Suddenly everything became slow motion for a bit and then crash! The perfect end to a perfect day.

Thankfully nobody appears to have been badly hurt, and the other driver, whose fault it was, admitted liability and now, after police reports have been made, all that remains is for the insurers to do their bit.

If I have completely lost my mind the next time you hear from me in this column, it will be because I will have been working from home where my two sweet but very noisy small dogs will have tested my patience to breaking point.

It had all begun so well.

Two days earlier, I had received a very courteous and friendly call from a nearby hospital, reminding me to prepare for my second Pfizer jab. I was so impressed by the service I even broadcast it on my social media as part of my contribution to getting people to get vaccinated.

As the appointment was set over the “lunch hour” between noon and 1pm, I decided instead of driving into the CBD to the office only to drive all the way back after a few hours, I would work from home as it would be less disruptive that way.

Anyway, long story short I got to the centre and, despite the old man in a hurry who kept sighing loudly and wondering why the queue wasn’t moving at warp speed, everything was moving along quite swiftly.

In no time at all, it was my turn at the registration booth, where my details were to be given the once over before I was pointed in the direction of a vaccinator.

This is where it all went to caca (forgive my Spanish).

For whatever reason, my Kenyan passport details wouldn’t load. This was strange as they had loaded successfully for the first jab.

After several calls to the help centre and even an attempt to reboot the computer, nothing was happening. Nothing except for my growing frustration and the boiling irritation of the aforementioned old man in a hurry, who was next in line.

Eventually, after about 20 minutes, it was decided that I should drive halfway to the CBD to the venue where I got my first jab and where they still had my records.

The problem is that when I got there, the queues were so long I decided to get back to work and try again the next morning. Of course then I had the crash later in the evening and that plan fell by the wayside.

I did eventually manage to get my second jab on Sunday, but I have decided that whoever said computers were here to make life easier was a liar.