TECH AS KEY TO PROGRESS

Kids as young as 11 are innovating solutions to water, health problems 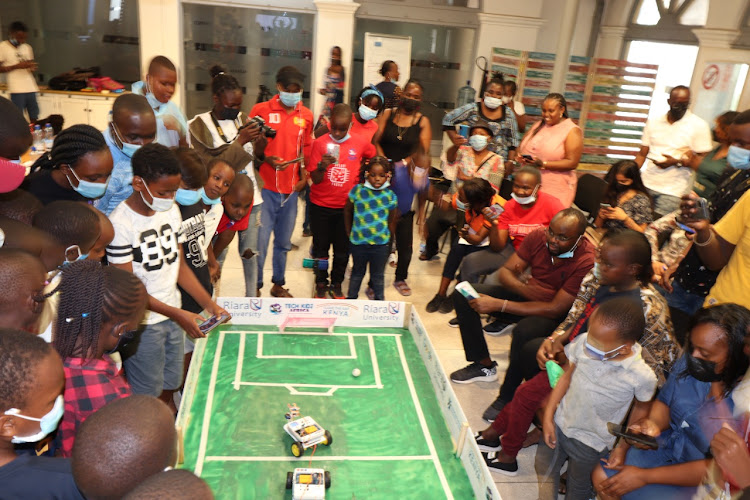 At only 11 years old, Giana Bichage has developed a mobile application to help address the water problems of slums in Mombasa county.

Bichage is a Class 6 pupil at St Joseph Herman Max Primary School in Mtopanga, Kisauni constituency. She says technology should be tapped to tackle water shortages and rationing.

The girl calls her app “M-Maji”. A user logs in to their account, where they can access all contacts of water distributing companies and order for a tanker or two, depending on their need.

The app has information for both county government and privately owned water companies.

“When the pipes run dry, you log into the app and contact the water distribution companies to send tankers to your village,” Bichage explains.

Slum dwellers or villagers can mobilise resources. “Obviously, you have to pay for the water services. So you might come together as a group to raise money before you contact the company through M-Maji App,” she says.

Her passion to see her Mtopanga community and Mombasa at large relieved from difficulties in accessing clean water made her think of ways to solve the problems and come up with the idea of a mobile-based application.

She developed it through the coaching and training she has received from Tech Kidz Africa, a Coast-based technology academy.

The academy is nurturing curiosity in children between the ages of seven to 19 by training them on robotics, animation, gaming, coding, app and web development, creative design, online safety and 3D printing.

Bichage was enrolled at Tech Kidz in 2019 after her mother saw a post on Facebook, calling for parents to enrol their children in the organisation.

The Class 6 pupil says science and mathematics are her favourite subjects and hopes to become a tech guru in future.

Since joining Tech Kidz, Bichage’s interest in learning new technology has grown. Recently, she developed a recipe app, which allows users to get easy steps on how to prepare different kinds of healthy foods.

She now hopes to come up with more ideas of apps that will help solve problems within the community before the end of the year. 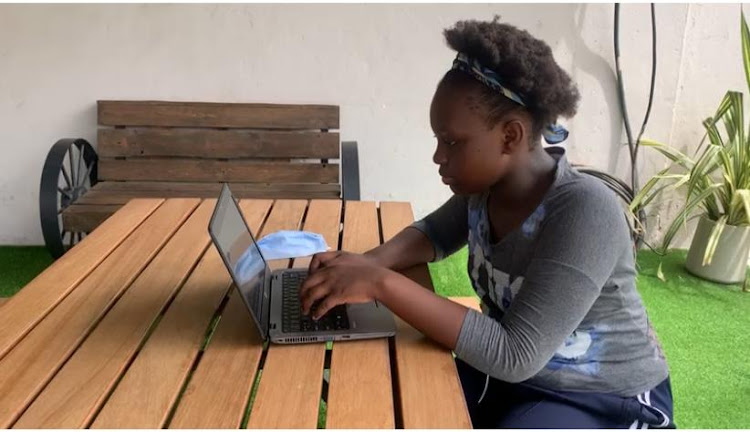 Giana Bichage, 11, who has developed an app to help address the water problems in different slums in Mombasa county
Image: ONYANGO OCHIENG

Imagine a situation where you have a medical emergency and you would like to get assistance. What would you do?

Of course, you will either call the emergency numbers, a relative or a friend to come and assist you.

However, just think of how long it might take to get the emergency response team to reach you, or the dilemma of which hospital is in your vicinity and can handle your problem.

Well, a teenager from Kibarani slum in Changamwe, Mombasa, has developed a mobile application that can answer all your health-related questions and assist you to get the much-needed medical attention immediately.

The app is called Daktari Mashinani, and the brains behind it is Josphat Ondijo, 17, who sat his KCSE exam this year at St Charles Lwanga Secondary School in Changamwe. He developed the app to address the perennial problem of accessing medical care by people in slums.

In the application, there is a list of the names of all hospitals and their locations in the country, making it is easier for one to know the nearest facility.

“After you have logged into the app, you key in your location and all the nearby hospitals and health centres pop up on the screen,” he says.

Ondijo is among 60 students from low-income backgrounds who were picked by Tech Kidz Africa to undergo coding lessons during the long holiday for Grade 4, Class 8 and Form 4 students.

The teen, who aspires to become a computer scientist, says he has learnt coding the hard way because he does not own a laptop or a computer.

He says coding is not easy, especially if you do not practise it on a daily basis.

“I used to pay Sh60 to get an hour at our local cyber cafe to keep up with other students in our training session,” Ondijo says.

“I do not have my own laptop, so I had to watch what my colleagues were doing on their laptops and later practise at the cyber cafes.”

However, the challenges do not lower his spirits as he aspires to develop five more apps and a website before the end of the year.

He is also looking for well-wishers to buy him a laptop and pay the Google fees to host the apps that he would have developed.

He is currently working on his Uzima Water App that will be useful in giving plumbing information and monitoring piping systems to address the issue of vandalising of water pipes.

The app can send an alert to water companies on any interference of their pipe network. 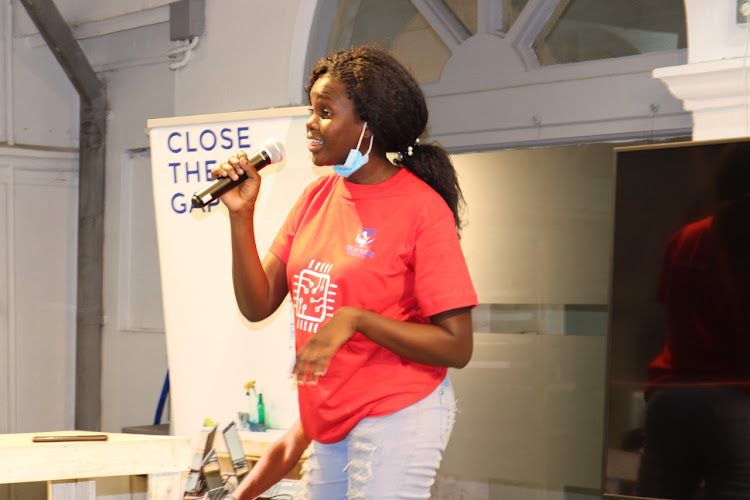 For Jennifer Anyango, 19, getting a good affordable house can be a nightmare.

She has decided to develop a mobile-based housing app, Jenirily Estate Services, that offers low-income earners a wide range of cheap, vacant rental houses in Mombasa.

Anyango, who sat her Form 4 exam at Star of Sea Secondary School Mombasa, says she came up with the app to support President Uhuru Kenyatta’s Big Four Agenda on affordable housing “so that people could access cheap houses for rent”.

In the app, she has listed affordable housing units found in Bamburi, Nyali, Shanzu and Changamwe.

Anyango, who is an orphan, lives with her aunt in Changamwe after losing her parents.

She says her favourite subject was business studies in high school.

In her app, she has also captured social amenities and job openings in the locality.

“For people who are business-minded, they can notice the available opportunities, especially where there are many rental houses,” she says.

"Movie shops, catering services and others can be good starting points for the youth."

She advised parents to introduce their children to technology at early stages and support their ideas and innovations.

“Apart from technology, I’m passionate about mental health issues. That is why I also want to become a counsellor to make people know that their mental status is very important.” 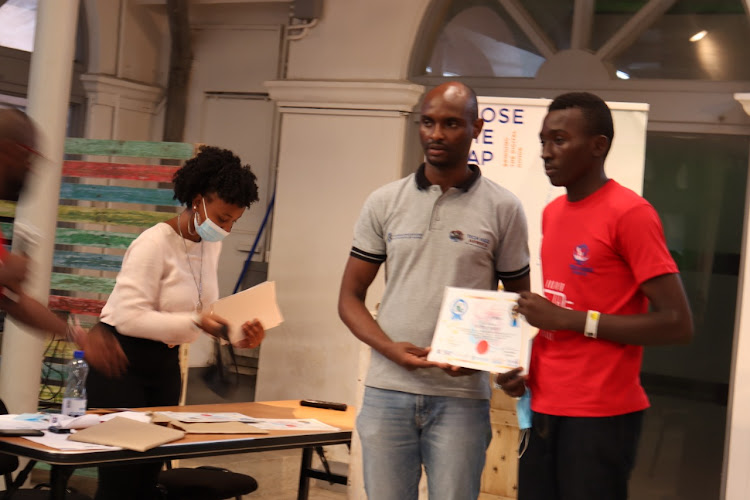 The 16-year-old boy says he realised many people who are sick have been recommended to take certain types of food, which is a challenge to access because of the increased processed foods in the markets.

That is why he came up with the app, which links vendors to customers to make it easier for them to access each other.

“When you log in, you can easily find the traditional foods on sale. The vendors have listed the available products and all you do is to click on what you want, order and pay as you wait for it to be delivered to your doorstep,” Okoth says.

He hopes through the app, more people and farmers will go back to cultivating traditional foods because of the market he has already created online.

“With the app in place, you do not have to go to the market because everything is delivered to your doorstep,” he says.

Despite not owning a laptop, Okoth learnt coding in two weeks and developed the application in July.

Hosting the app on Google Store is also a challenge to him. However, Okoth is optimistic that he will get finances and also continue developing more apps in future.

Tech Kidz Africa is behind the nurturing of the talents of these young children of Mombasa, with the aim of equipping the young learners with knowledge of how to offer solutions using the technology.

Tech Kidz founder Paul Akwabi has been calling on the parents to allow children to interact with technology at a tender age as the world embraces robotics.

At Tech Kidz, Akwabi says, they expose the children to the right skills in technology so as to come up with solution-based ideas.

Recently, Tech Kidz partnered with the Mombasa Red Cross Society to mentor children in robotics and computer gaming to arouse their interest in technology.

“We are doing all this because we are in the fourth digital revolution, where First World countries have started automating almost everything. That is where the future is heading,” Akwabi says.

Preparing children, the youth of tomorrow, need to be prepared so they are not locked out of job opportunities but become part of innovators and solution givers to world issues.

Since May, they have trained more than 400 children in robotics and coding in different parts of Mombasa and Lamu counties, hoping to reach out to more in future.

Akwabi says they are looking for partners to host a Tech Kidz Expo in November, targeting street children and those from the slums.

He believes these children go through a lot of challenges and can be very resourceful in coming up with solutions based on their hard experiences when given the right training.

“Our target is to also ensure that we produce kids who have technological skills that will match the future market,” Akwabi says.

Access to computers and hosting the apps created by children has been a challenge to the organisation. Akwabi calls on the government and other stakeholders to come in to support innovative children not only in his organisation but also in other parts of the country.

In February, the Mombasa government launched a Sh15 million robotics and artificial intelligence programme for all Early Childhood Development centres (ECDs). They are targeting about 12,000 children in 98 ECDs.

Akwabi lauds this move but says that more teachers need to be trained and empowered with the right equipment before training the young learners.

He also calls on the government to embark on equipping universities and colleges to come up with technological devices as Kenya tends to consume more of technological gadgets brought in from developing countries in terms of donations.

“The junk we consume in terms of computers has profiled Kenya as a leading nation in digital literacy in Africa, though I believe more can be done for us to start producing our own gadgets and not consuming only,” he says. 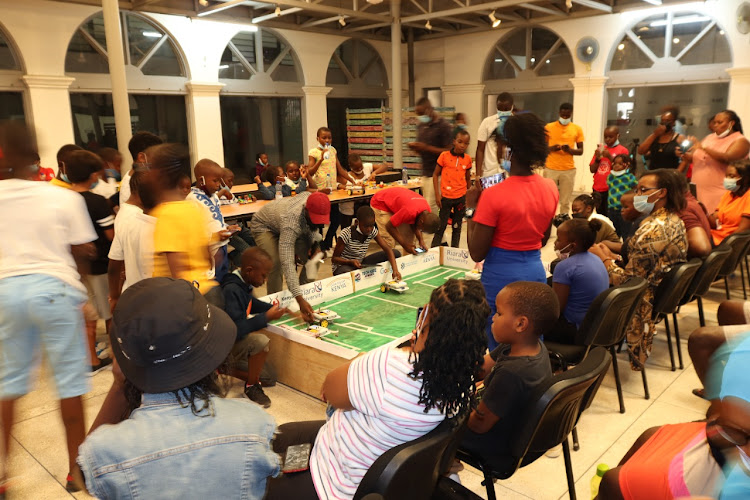