• People forgot they should live within their means without external pressure 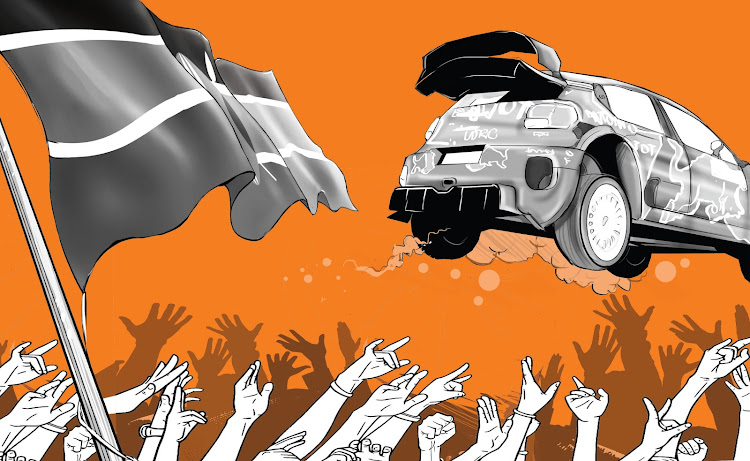 The World Rally Championship was held in Kenya last weekend. The event stirred up a lot of memories in Kenyans, especially the older generation and the millennials.

We spent most of our childhood watching the legends take up most of the screen time during the days where the state broadcaster was the only television station allowed.

Therefore, the sentiments were high, especially since the former legends, the likes of Patrick Njiru, were interviewed about the upcoming race. Then we watched with anticipation as President Uhuru Kenyatta flagged off the superfast cars on their journey to Naivasha, where the race would take place.

Sooner rather than later, we realised that the excitement was less about the cars and more about the Hype Culture. We seemed to have forgotten the culture that existed within us as Kenyans during the pandemic. Kenyans have always been the people of mob mentality. We build up events like the WRC as the social event of the season and people flock to the site in huge numbers regardless of the repercussions.

Hence, it was not shocking when social media alerted us that Naivasha was trending all weekend long. The worst part was watching as the trendsetters and hip city folk eventually shortening the serene town’s name to ‘Vasha’. Influencers, brands and celebrities worked overtime to hype up the event. Everyone was going to meet on the road to Vasha…

… and that’s exactly where they all met. Literally. The road to Naivasha was backed up several kilometres with cars spilling out four or six lanes on the one-lane highway. Everyone wanted to be part of the action. It seemed like a year of being cooped up under Covid restrictions had unleashed the untamed party animal once more.

Although one would argue that the event was a huge success in terms of promoting domestic as well as foreign tourism, and as much as we would all like to support the rebuilding of the country’s economy, the occasion became more about the party scene than it was about the actual race.

Social media broke out in a frenzy of memes as to what the expected outcome would be. Although most of it was meant to be a joke, the reality was much harsher than that.

Photos of ‘car gangs’ and skimpily clad women hit the Internet as early as Friday. By Saturday, videos of drunk men and passed-out girls were making the rounds on the Internet. Social media reports made claims that several women were stranded in the town by Sunday morning as most of their sponsors had left in the wee hours of the morning, trying to beat out traffic to the city as they needed to report for work on Monday.

As usual, it turns out that Kenyans always have the same idea. No matter how early they left, they all met on the road back to the city as cars, lorries, PSVs once again flocked the highway, causing a huge traffic build-up.

It was at this point that my pre-pandemic insights into the Kenyan culture were reawakened. I remembered a time where almost everyone I knew drove a Subaru because that was the ‘in thing’. I remembered how all the youngsters would flock to one club in Westlands because that was the ‘hottest spot’. I recalled a time when the Rugby Sevens became less about the sport and more about the wild parties that followed. I remembered how the hype culture is the biggest obstacle to any young person.

Learning to overcome these peer pressures of partying, group activities as well as maintaining a certain image or standard of living is the biggest achievement to an individual’s personal growth. Breaking free of the mob mentality is what true liberation is.

The idea that a person should live within their means without external pressure is one we should all embrace. Unfortunately for us, it doesn’t seem like we learnt that lesson even during a global pandemic.

How getting ‘left behind’ leads to social pressure
by Nabila Hatimy Entertainment Writer
Lifestyle
03 July 2021 - 06:00