Sharing explicit pics online? You could be a psychopath!

From dick pics to lover’s nudes, people are driven by ego, likes and revenge

• Victims often disown them to save face, motivations vary and consequences are scant 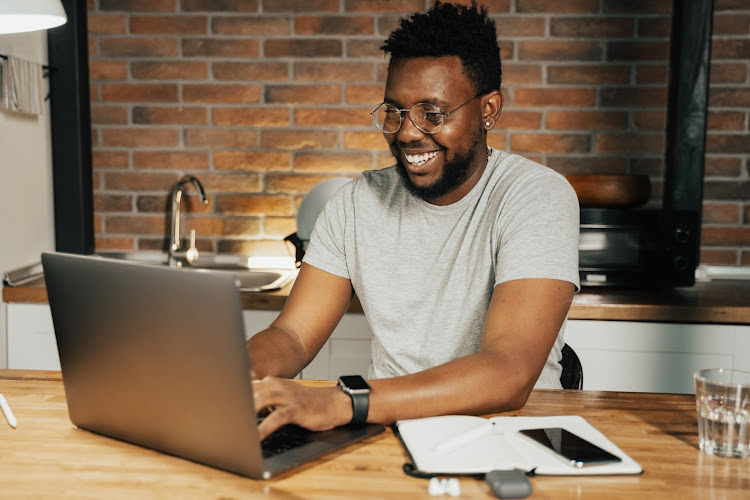 A man smirks as he works on his computer
Image: PEXELS

Two prominent Kenyans join the list of those who have fallen victim to the dark side of social media. Their nude images were leaked online, much to their painful embarrassment and those of their families.

Interesting that the prominent personalities were betrayed by people close to them, who took videos with mobile phones and released them on social media. In one of the latest cases, the person who released a video wanted to prove her closeness to the victim. The other case was an act of vengeance, where the perpetrator's goal was to embarrass the victim for a business disagreement.

These are not the first Kenyans to have their nude images leaked online, and they will not be the last. Previous victims of online leaks include Cabinet Secretaries, politicians, socialites, celebrities and corporate executives. Religious leaders, entrepreneurs and even students have not been spared.

Most famous personalities usually disown the pictures and videos when leaked online. Their typical defence is that their electronic devices were hacked, or that the images were faked with computer tricks. The denials evoke memories of reggae musician Shaggy in the song, "It wasn't me". With time, the public moves on to other news. Few prominent Kenyans resign from their positions due to the leaks.

It is a fact that letting someone else have such photos and videos of you carries the risk of exposure. This leads to the question of why people take such pictures in the first place. Why do some people secretly take pictures of their lovers then proceed to share the pictures elsewhere?

Research carried out online in 2017 found that people who share nude pictures online have character traits of narcissism, Machiavellianism, psychopathy and sadism. In plain speak, people who share nude images are anti-social, manipulative, self-absorbed, have a fragile ego and love to inflict pain on others.

According to the research study's authors Evita March and Danielle Wagstaff, men are more likely to share explicit images on online platforms compared to women. A huge portion of people who do it are narcissists; persons who have a very high opinion of their own attractiveness to the opposite sex. They believe sending nude photos of themselves is acceptable behaviour.

The authors concluded that people who share explicit images of themselves to attract romantic partners are not in it for a long-term relationship. "The sending of explicit images could be a more aggressive tactic for manipulating another individual into a short-term sexual interaction," they wrote. Manipulative individuals don't give much thought to how their actions affect the people they are trying to manipulate. Their end game is personal gratification.

The growing use of smartphones, cheap Internet and widespread social media shows that, like it or not, we will continue seeing leaked photos. In another online survey done in 2017 by UK-based market research firm YouGov, 53 per cent of women respondents aged 18 to 35 revealed they had received unwanted explicit images from men. Some 35 per cent of women aged 35 to 54 also reported similar occurrences. However, just 22 per cent of the men in the survey admitted to sending women such pictures.

The results of the YouGov survey fit in with those from the other survey, which showed that it is a minority of men who send unsolicited explicit pictures. Such men have dark personality traits, including psychopathic tendencies.

'Locusts' titillate followers in battle for influence on Twitter

As nudity tends to attract a lot of views online, some aspiring social media influencers get tempted to post explicit content to grow their audience of followers.

"Most young people on social media love consuming obscene content," says Dennis Kiplimo, a social media marketer. "Those who engage in such content, or share the same, often find their accounts rapidly growing. This is the reason you will find their timelines full of nudity," he says.

Individuals who own social media accounts notorious for sharing lewd images have been criticised in the past for not caring about the people whose private moments are exposed to the public. Getting a large number of likes and comments is addictive. Explicit content attracts likes and comments from the audience, which in turn encourages the person posting to look for similar content. It becomes a vicious cycle that ends up crossing the moral boundaries of society.

Then there is cyberbullying, which is targeted harassment of an individual by use of online platforms. As with bullies in the physical space, cyberbullies do it to intimidate their victims, to shame them into silence or as revenge for a perceived wrong. One of the most recent leaks was done by a woman who took videos of a female colleague in the dressing room and posted them online. The woman who leaked the video said she did it in anger over an unpaid debt.

Extortion for money is another reason why explicit images of politicians, musicians, religious leaders and other well-known people in Kenya end up online. For politicians, the leaking of explicit photos is meant to diminish their status in the eyes of voters. It could also be meant to silence them for taking a political stand. Ex-lovers have been known to post such photos in anger over the break-up of the relationship.

Kenya has laws against public nudity, but enforcement is patchy. Following the latest explicit leaks, the Kenya Film Classification Board said perpetrators could face criminal charges.

“Making videos of others while naked, with or without their approval, is a breach of the Films and Stage Plays Act Cap 222. No film or class of film for public exhibition shall be made without a filming licence from the Board," the chief executive Ezekiel Mutua said.

Meanwhile, Parliament is discussing an anti-pornography bill that, if passed, would criminalise the possession and sharing of explicit content over the Internet. Persons convicted under the proposed bill could face a fine of up to Sh20 million, a prison sentence of up to 20 years or both fine and imprisonment. The anti-pornography bill is sponsored by Garissa Township MP Aden Duale.

Catch-22 as opposition to proposal risks of backlash; will it be dropped?
News
1 month ago
Will people ever stop sharing nude pictures?
by GODFREY KIMEGA Communication Professional
Lifestyle
26 June 2021 - 07:00