When a man cannot get it up

It hurts men’s self-esteem when they suffer erectile dysfunction 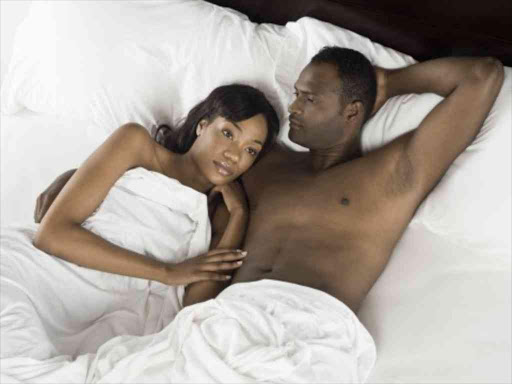 Erectile dysfunction (ED) is the inability to get and maintain an erection that’s firm enough for sexual intercourse.

Men who experience ED have decreased blood flow to the penis, which could be caused by many things, from drug side effects to stress or high blood pressure.

According to the International Journal of Impotence and Research of 2000, the worldwide prevalence of erectile dysfunction is expected to increase to 322 million men by 2025.

At least 1 in every 10 men is estimated to have ED at some point in his lifetime, according to a 2019 report by the Cleveland Clinic.

According to a 2013 report by the Journal of Sexual Medicine at the Boston University School of Medicine, ED is less common but increasing in young men.

In January, the Pharmaceutical Society of Kenya issued a stern warning following a series of alarming deaths linked to the use of performance-enhancing drugs among Kenyan men.

The statement cautioned the public against the unprescribed use of the tablets, terming such a move as fatal.

The PSK indicated that the use of such medicines without prior medical evaluation makes one more prone to their harmful effects.

The society warned against the indiscriminate use of Sildenafil, Tadalafil, Verdenafil and Anafil without advice from a doctor.

Opondo explains that users of these pills may experience mild to moderate side effects, which include headaches, nose bleeding, discomfort and pain in the upper abdomen, trouble falling and/or staying asleep, redness of skin, diarrhoea dizziness and skin rash.

Severe side effects include a mild and short-lived decrease in blood pressure, vision loss, priapism (unwanted persistent erection), the potential for cardiac risk with sexual activity in patients with preexisting cardiovascular disease.

The medic admitted that the medicines have numerously and effectively been used to manage erectile dysfunction but added that users with underlying conditions and those who are on other medications may be more at risk of the above-mentioned side effects.

While elders advocate foods like octopus soup, turtle meat and mushrooms as alternative aphrodisiacs, Opondo said when all is said and done, not every sexual problem can simply be resolved by eating right and exercising.

Nutritional experts have equally disputed the claims, terming them misleading.

“We live in an era where underperformance when it comes to sexual matters works negatively on a man’s self-esteem than it does for a woman. This pushes men into using Viagra. It works for some, for others, the end has been deadly. Stay woke and only do what you can," Khalid says.

Why you may be unable to impregnate your spouse in future
by CHETI PRAXIDES Correspondent,Coast Region.
Lifestyle
25 June 2021 - 04:00