GUN WITHOUT A BULLET

Why you may be unable to impregnate your spouse in future

KNH study found that the prevalence of male infertility has increased.

• Addiction to alcohol, tobacco and drugs such as marijuana, cocaine and heroin is highly likely to affect fertility.

• According to the World Health Organisation, a fertile man should produce at least 39 million sperms in one ejaculation. 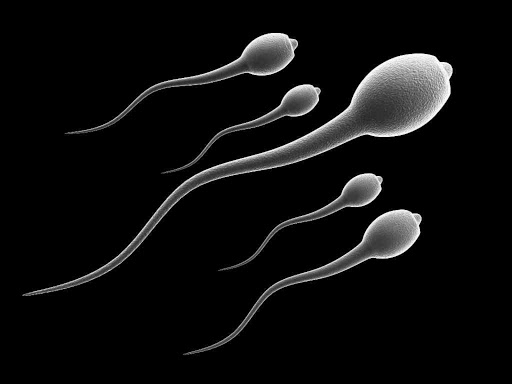 In a recent revelation that should worry many Kenyan men, an analytical study at the Kenyatta National Hospital found that the prevalence of male infertility has increased.
Image: FILE

In a recent revelation that should worry many Kenyan men, an analytical study at the Kenyatta National Hospital found that the prevalence of male infertility has increased.

During the Kenya Medical Research Institute's 10th Annual Scientific and Health Conference in Nairobi, Kemri researcher Dennis Chalo said the number of infertile men visiting KNH's fertility clinic doubled between 2013 and 2018 from 7.6 per cent to 14.12 per cent."

"Some 85 semen analysis reports were studied. Almost half of the men were between 30 and 39 years of age, and most (50 out of 85) reported they did not have children," Chalo said.

According to the World Health Organisation, a fertile man should produce at least 39 million sperms in one ejaculation.

To this end, Chalo said 89 per cent of subjects were ejaculating high sperm volumes. However, the rate of men suffering from low sperm count (oligozoospermia), insufficient spermin semen (azoospermia) and abnormal sperm motility is increasing.

If these findings are anything to go by, the male species in Kenya has a potential health epidemic on its hands.

So what are some of the things you need to discard to forestall the shame and ridicule of being called a 'gun with no bullets' in the future? Drugs – whether illegal or legal – is the number one enemy to a man's fertility.

A study by a group of nutritionists from the Department of Experimental Medicine at the University of Rome reveals that addiction to alcohol, tobacco and drugs such as marijuana, cocaine or heroin is highly likely to affect fertility.

“Several studies have reported a variety of negative effects on male fertility following drug abuse – a worrying phenomenon, as illicit drug consumption is on the rise, most notably in younger subjects,” the researchers say.

More Nairobi men have no sperm in semen - study

No symptoms apart from unsuccessfully trying to get your partner pregnant.
News
2 years ago

“When someone is addicted to certain drugs, including miraa, bhang, cocaine or heroin, sex becomes a secondary need. This affects the stimulation of testosterone, which is responsible for the production of sperm and semen,” Dr Njagi says.

If alarm bells are not ringing in your head by now, then read on for more bombshells. “Some drugs have longer-term effects than others, for example, heroin. The ecstasy created by the use of heroin is similar to the feeling of sexual orgasm. Once one uses heroin, they lose interest in women and sex,” Dr Njagi, who has been treating drug addiction patients for two decades, adds.

If you are fond of juicing on steroids to boost your muscle mass, it is time to drop the habit. Numerous studies worldwide pinpoint steroid abuse as a one-way ticket to infertility. The latest of these studies is by Dr James Mossman, a researcher at the University of Sheffield, who notes that many men sacrifice their fertility to look physically and sexually attractive.

“Abuse of anabolic steroids increases the likelihood of male infertility by 90 per cent. Thiscreates an evolutionary paradox where men look sexually and physically appealing but areevolutionary unfit to bear children,” the July 2019 study reveals. To be a baby maker, you will also need to stay off certain eateries in Nairobi that are notorious for junk food, such as chips, sausages, smokies, burgers and fried chicken.

Harvard University undertook a study among 3,000 Danish military recruits in July 2019, whichrevealed that sugary and high-fat foods are a danger to male fertility. “Unhealthy eating at the early stages of a man's life may hinder his ability to father children later in life. Generally, healthy diet patterns, such as vegetables and fruits, are associated with higher sperm counts and more favourable markers of sperm production,” lead researcher Dr Jorge Chavarro says.

Staying off unhealthy foods may not be enough for men who are overweight or obese. Dr Ndung'u adds that obesity hinders the testes from performing their function as the storehouse of sperms.

“The testes are supposed to be hanging freely to afford the right temperature for sperms to survive. However, obese people have big thighs that may press against the testes, creating a higher temperature that may kill the sperms,” Dr Ndung'u says. Equally dangerous are tight pants that may have the same consequences as big thighs.

“There are other factors that may cause impotence in men. Men who wear tight pants or sleep in tight pants may also expose themselves to infertility,” Walter Ogada, a registered dietitian nutritionist, says.

A fashion fad among many young Nairobian men, these trousers increase the temperature around the scrotum, essentially affecting sperm production.

In certain cases, however, male infertility may be beyond the circumstances of the affected man but caused by congenital issues developed while he was in the womb. However, Dr Ndung'u says such cases are rare.

“Acquired infertility, caused by diseases or lifestyle, is more common. It can also be caused by mumps, which affect the testes and may affect sperm production at a later stage in life,” Dr Ndung'u adds.

A fertile man must also be wary of depression, which may lead to loss of libido and reduced sperm production. A National Institutes of Health study in 2018 on 1,608 men discovered that depressed men were 60 per cent likely to become infertile compared to those less depressed.

In 2017, the World Health Organisation found that approximately 1.9 million Kenyans are depressed. Considering that most depression cases pass undetected until it is too late, this number could be higher, as evidenced by widespread cases of suicide witnessed in the last one year.

“Health providers need to pay more attention to mental health because depression is a starting point of infertility. Depressed people experience low libido, whereas some resort to use of drugs that eventually affect fertility,” Dr Njagi says.

Male infertility is largely treatable. However, why spend loads of money to cure that which is preventable in the first place? While releasing his study, Dr Chavarro expressed hope that the findings would bruise the ego of every man who has exposed himself to poor dietary choices.

“When it comes to issues affecting sperm count, young men are quite sensitive because it isperceived as a measure of masculinity,” Dr Chavarro says.

Similarly, Kemri's findings should jolt many Nairobi men into changing their lifestyle. Failure to do so and many will be reliving the experiences of Okonkwo – the main character in Chinua Achebe's Things Fall Apart. The pain and embarrassment of being teased by his wife as a 'gun that never shot' is something no male species would want to encounter with his spouse.

Kimberley and her husband Lionel have been married for five years. Soon after marriage, Lionel secured a scholarship to study for a Masters Degree ...
News
6 years ago
Post a comment
WATCH: The latest videos from the Star
by KEVIN ONYATTA
Big Read
23 February 2020 - 07:05
Read The E-Paper