Naija lawyer’s offer that would've made me rich 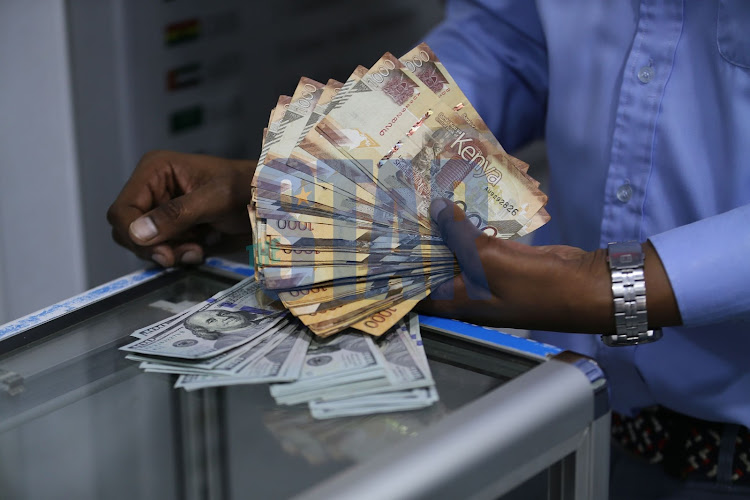 One of the best-known lines from The Godfather is spoken by Don Corleone, played by Marlon Brando, when the Godfather says, “I’m gonna make him an offer he can’t refuse.”

Sometimes I look back on my life and wonder about the offers I was made and refused, and what might have happened if I had accepted.

Obviously, none of the refused offers were from the mafia, or else I would not have lived to be telling the tale right now.

But, for instance, back in 2007, a very thoughtful Nigerian lawyer from Ikeji in Lagos wrote to me out of the blue with an offer that might have made me a very wealthy man, if only I had not been the risk-averse creature I remain today.

The letter was by email and began with an apology:

I am sorry for the embarrassment this mail might cause you, as we have not met before. I am Barrister Chioma Chinazam, a solicitor at law. I am the personal attorney to Engineer Gimple Mwangi, a national of your country, who used to work with Mobil Oil Nigeria plc. Hereinafter shall be referred to as my client.”

I’m a stickler for politeness, and so the apologetic start had my attention. I was also curious about the name Gimple.

I know that many of my fellow Africans have a thing about obscure European and biblical names. For instance, in Uganda, they took the name Joel and turned it into Yoweri. However, Gimple was not a name I had come across.

I tried to see whether, like Yoweri, Gimple was a localised corruption of something, but to no avail. Perhaps Gimple’s parents had slipped up on the birth certificate and the poor soul had been stuck with the name for life. These things have been known to happen.

Anyway, Gimple Mwangi’s name was not the most interesting thing about the email from Chinazam. That would be spread between the next couple of paragraphs.

“On the 4th of May, 2002, my client, his wife and their children were involved in a fatal air disaster. My client and his family, together with other people, had boarded the Executive Airlines Services (EAS Airlines), which took off from Aminu Kano International Airport and crashed at Gwamaja on the outskirts of Kano City, killing all passengers on board. Let me refer you to the front page of (BBC) World News of Saturday, 4 May 2002. You can check it through the website below.”

I checked the link and sure enough, there had been a plane crash and everyone had been killed.

The next paragraph was the real clincher.

Apparently while searching for Gimple's relations, he came across my name. And figured as we had the same surname, I could pass myself off as poor Gimple’s next of kin and help him repatriate Gimple’s “money and properties before they get confiscated or declared unserviceable by the finance house where these funds were deposited”.

“The deceased has an account valued at $US18.4 million, and last year the bank issued me with a 12 months notice to provide the Next of Kin or have the funds confiscated. This 12-month period expires next month.

“If you agree to my proposal the $US18.4 million can be released to you and then you and I can share the money, 50 per cent for me, 45 per cent for you, and the remaining 5 per cent will be for expenses and tax.”

Of course, the sensible old me laughed at the offer and wrote it off as a scam. But every time I look at my pathetic bank balance, I wonder what might have been had the offer been halal and I had taken it?

To corrupt another famous line by Brando, this time in a much earlier film, 1954's 'On the Waterfront':  “I coulda had cash. I coulda been a contender. I could've been somebody, instead of being broke, which is what I am.”

Such is life when you stay on the straight and narrow.