Elephants are becoming the most destructive of wildlife in Kajiado county 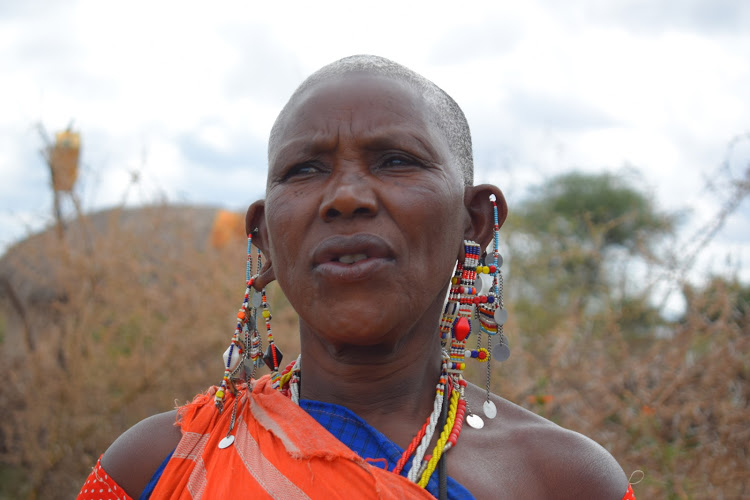 Sumbat Lesidai speaks of the loss of her daughter who was killed by an elephant in Kajiado South on May 8
Image: CHARLENE MALWA

But the morning of March 10 at 6.20am will forever remain etched in the minds as the worst day ever.

On that day, Taayai and more than 30 friends were manoeuvring through the thickets of shrubs.

As they moved, a lone elephant emerged all of a sudden before charging at them.

The elephant fanned its ears out before running towards her, trampling and impaling her with its powerful tusks.

Other children ran in different directions but the jumbo had set its eyes on Taayai.

The jumbo had come into the village to look for water in a borehole that is between the village and the school.

It chased the young girl for about 150 meters before attacking her.

The beast trampled on her small body before attacking her using its tusks.

Upon realising that the body was almost lifeless, the elephant left the scene.

Taayai was in class four. 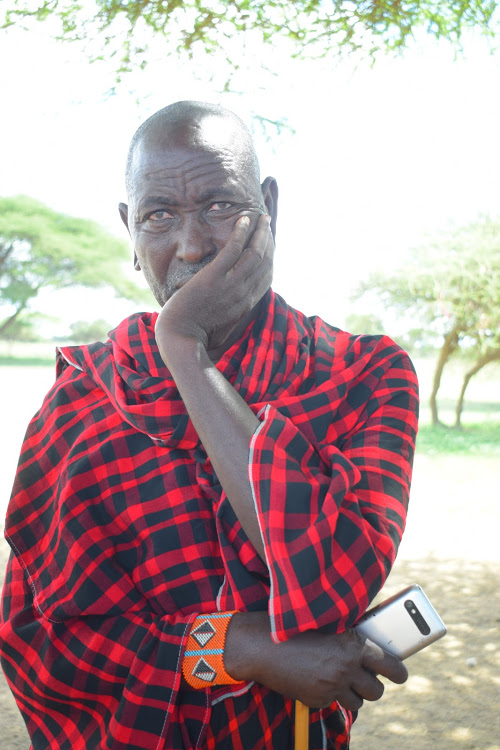 A man passing by the scene saw the body before making frantic calls to authorities and the family.

"We found her body lying on the ground. She was given some first aid before being rushed to hospital," Taayai's distraught father Lormarmai, 51, said.

Lormarmai has four wives, with Taayai belonging to the third wife.

The first vehicle to arrive at the scene at around 7am was from the Kenya Wildlife Service response team.

It was then followed by that from Big Life Foundation.

Taayai was immediately rushed to Fatima Health Centre for first aid, then she was referred to Loitokitok Sub-County Hospital for further treatment. However, she succumbed to her injuries.

The incident was booked at Loitokitok police station through OB number 17/10/03/2021.

"We immediately filed a compensation form after the funeral. Despite the promises, nothing has been forthcoming," Lormarmai said, staring at the open skies.

"With the painful death of my daughter, authorities must move with speed and pay my compensation," Lormarmai said.

With each passing day, his hope of ever getting compensated is fading.

However, he says, every visitor to his compound will come with blessings.

As the interview proceeded, young boys rushed to the shade we were at, saying they had spotted an elephant in a nearby water pan.

We rushed to the nearby water pan but the jumbo had taken water and left the area in peace.

The footprints as well as its dung were still fresh. 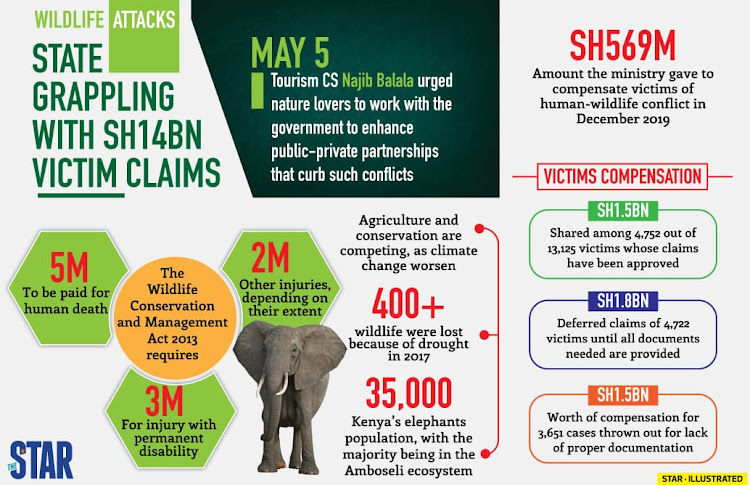 The area is a hotbed of human-wildlife conflict. Here, jumbos also destroy anything on their way.

In a solar-powered borehole in Enchishili, jumbos have destroyed water tanks and pipes as they try to find water.

George Saruni said conflict is so high in the area, involving various types of wildlife.

"The other day, four goats were eaten by a hyena. However, the elephant is becoming more destructive. They have destroyed our borehole as they look for water. Some come to drink water and leave when full, while others have a tendency of destroying even after getting their share. This is arrogance," he said.

Saruni said young kids have to be watched by their parents as they go about their activities, such as grazing cattle.

"The Maasai have stayed with this wildlife for a long time. They are, however, becoming the source of the problem," Saruni, a professional surveyor, said.

At Iloirero, elephants have also destroyed boreholes as they looked for water.

The destruction becomes more evident during the dry season, when water is scarce.

Hundreds of kilometres away, another family is mourning having lost their loved one to an elephant.

Sumbat Lesidai has been left to cater for seven children (four sons and three daughters) after their mother Kidau Nanasa, 50, was killed by elephants.

"She was collecting firewood when a big elephant charged at her," Lesidai said.

The elephant that killed her was eliminated by the authorities to avoid killing other people.

Such is the kind of life victims of the human-wildlife conflict have to contend with.

At Amboseli, wildlife spends most of their time outside the park during the rainy season.

This is because there is a lot of food and water outside, where there are communities.

When the area is green, there is also poor visibility, hence the rampant attacks. 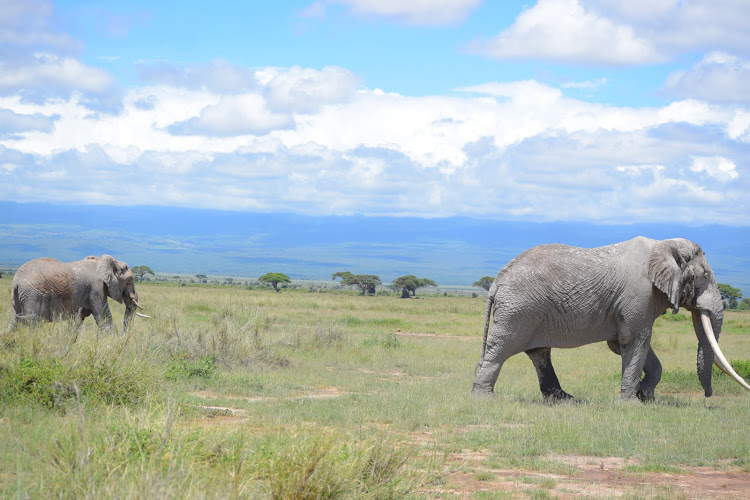 MOST DISTRUCTIVE: Elephants at the Amboseli National Park. May 8, 2021. / CHARLENE MALWA

The ongoing land subdivision within the ecosystem is also said to have fuelled the conflict.

This is because people are dispersing and moving near wildlife corridors and dispersal areas.

Amboseli National Park has about 2,000 elephants that the ecosystem cannot be enough to maintain.

During the dry season, more property, such as pipes and water tanks, are damaged.

The notorious fence breakers are either translocated or eliminated.

Human-wildlife conflict is very high within Olguluin North and Eselengei because there is enough water and vegetation.

Predation is also high as lions, hyenas among others follow wildlife to the area and when they miss their daily bread, they go after easy prey, such as cows, goats and sheep.

For years, the human-wildlife conflict has been a thorn in the flesh of the government.

Some efforts have been made to fight the increasing cases of human-wildlife conflict.

For instance, Big Life Foundation has constructed the Amboseli Crop Protection Fence, which is 100km in length, at a cost of around Sh100 million.

The fence begins at the Kenya-Tanzania border at Kitenden corridor, separating cropland from conservation areas, and stretches to Inkisanjani town in Loitokitok.

The project is a community-driven initiative of a CBO called Kilimanjaro Community Conservation and Development Trust, with financing and technical oversight from Big Life.

The partnership is managed by a committee of elected officials across the expanse of the fence.

Currently, 33 local residents have been recruited and trained to maintain the fence.

Estimates from the last census show that about 5,000 households benefit from the fence's protection.

In 2018, a post-construction survey of residents living inside the fenced-in area reported a 90 per cent reduction in human-wildlife conflict incidence.