How to check your car fluids correctly

•The best time to check the coolant levels is always when the car is cold (before the first start-up in the morning).

• A hot engine builds up so much pressure within the cooling system that makes it very dangerous to open the radiator. 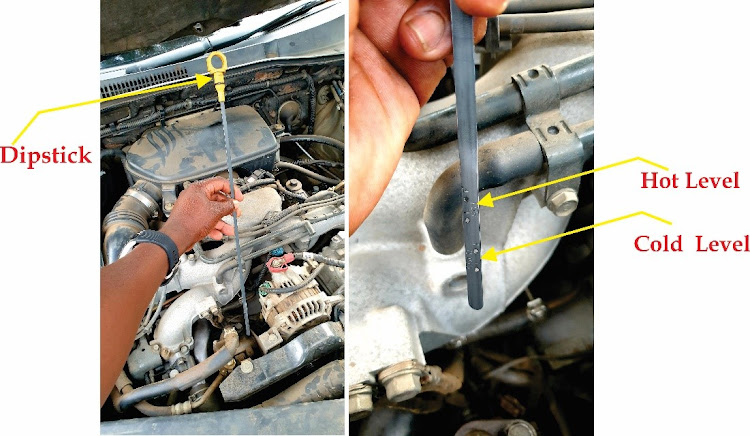 Good driving habits entail checking your coolant levels and lubricants every day before you start your car; this usually is emphasized at driving school but most drivers drop this habit once they start driving on their own, probably because they want to rely on the car's gauges in the driver's compartment. Some drivers check out the fluids, but they get it wrong most of the time when they do it. So the big question is when do you check all these vital fluids/liquids in your engine and how should you carry out the procedure.

The vehicle’s cooling system comprises several components, but coolant is the main platform through which heat is carried from the engine’s combustion chamber to the radiator where the heat is finally transferred to the atmosphere. Between the engine and the radiator, almost all forms of heat transfer are utilized (convention conduction and radiation heat transfers)

This is why all expansion tanks are made of translucent plastic materials. This process of releasing some coolant into the expansion tank while driving and syphoning it back into the radiator at night goes on every single day for as long as the engine is in use. During this process, some small percentage of coolant is lost along the way and after a few days of driving the coolant levels run low. This should not send you into panic when someone tells you that the coolant levels at the expansion tank are low. My simple advice would be if your car is not overheating and someone tells you that you need to top up your coolant, it won't harm you if you get the coolant but top it up the next morning when your cooling system is at an equilibrium, this way you will get correct readings instead of getting the readings when the engine is hot.

Automatic Transmission fluid (ATF) is mostly affected when it comes to level reading. This is because the ability of the ATF to expand upon submission to temperatures is higher than any other lubricant. This is the main reason why the automatic gearbox dipstick is graduated in 2 categories. COLD and HOT

In the cold category, it has low and high graduation and in the HOT category, it also has a low and high category as well. When the readings are taken soon after the first startup, it is assumed that the ATF is cold and it has not expanded enough. at this point, the readings on the dipstick should be on the upper side of the cold graduation. When the gauge is read after the engine has been running, automatically the ATF has expanded enough so the readings should be taken at the HOT side and the level indicator should be on the upper side of HOT graduation. The most critical part about reading the automatic transmission is, unlike all other lubricating systems in the car, most car manufactures service manuals indicate that the reading should be taken while the car is running. Sometimes it’s good to move the gear lever through all the modes (Parking, Drive, Neutral, Reverse then Parking) before reading the dipstick. This ensures that the fluid has reached the entire system and well expanded. Always consult with your manufacture's specifications before topping up any lubricant. Different manufactures specify different types of lubricant for proper functionality of the vehicles components.

Until next Thursday stay tuned for more insights on how to understand your car better.

The writer is the owner of Boosted Auto automotive repair shop