One NGO is notorious for re-advertising vacancies after holding interviews 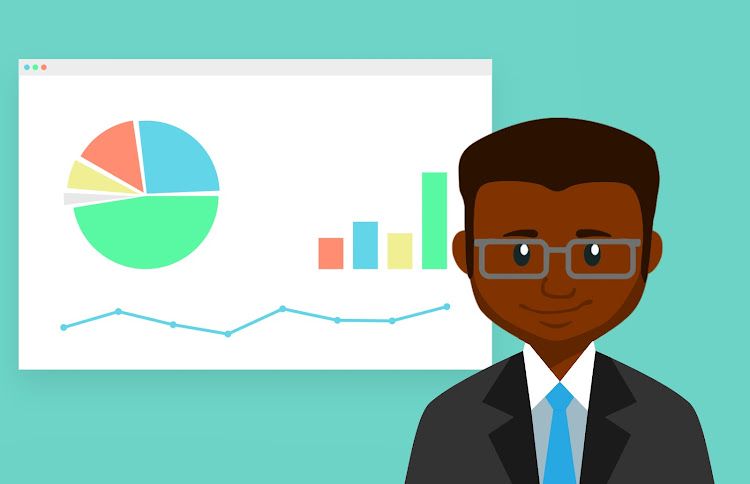 An employee stands before a chart on display
Image: MOHAMED HASSAN / PxHere

In the current economic environment, where the number of job seekers far exceeds available vacancies, concerns are rife that some organisations are luring professionals with job interviews and getting crucial management tips for free.

In a typical recruitment process, the shortlisted applicants are presented with a set of scenarios that could arise should they get the advertised job. They are asked to describe how they would handle the situation, with some recruiters requiring a set of strategies, work plans and diagrams. What if the recruiters decide to pick some good ideas from job applicants and start implementing those plans without employing the people who generated them?

What recourse do job seekers have when they find that they gave for free what can best be described as professional consultancy advice?

Hellen Moraa, an advocacy officer in the Nairobi office of a regional NGO, has first-hand experience with such recruiters. While job hunting, she sent numerous job applications to local and international organisations, some of which invited her to job interviews. "Before appearing in front of the interview panels, they would send written tests in which I had to draft very detailed documents of what I would do if I got the job. I had long interviews over the phone,” Moraa recalls. The kind of details the interviewers were seeking led her to believe they were out to harvest ideas on how to run their projects.

With one organisation, Moraa got concerned when she saw the job for which she had already done oral and written tests advertised once again on job-hunting websites. This was after she was informed the recruitment process was concluded. "I assumed the organisation did not find the right candidate for the job, but I never again sent an application to them," Moraa says.

There is one particular NGO that has drawn the wrath of job seekers accusing it of perpetually re-advertising vacancies after holding interviews. Critics allege some vacancies in that NGO have been continuously posted since 2013. Those who have attended interviews with the NGO say they were subjected to a very demanding process, during which they had to share a lot of expertise during the tests. The recruiters went silent afterwards and the vacancies were re-advertised.

The NGO, said to be managed by foreign expatriates, is so notorious for its recruitment practices, it is now the subject of satire. On social media, frustrated job seekers share their experiences of that NGO, with many vowing never to respond to its vacancy notices. In its defence, the NGO put out a public statement explaining that its recruitment processes are meant to ensure only the very best people get the jobs.

“We know our interview process is time-consuming and that what we ask of candidates may be daunting. For us, this upfront diligence helps ensure that any individual brought on board is truly up to the task of serving our clients with the grace and fortitude they deserve," reads part of the statement.

I spent hours preparing the answers for the tests. At some point I was wondering whether this was a test or whether I was already working for them

When he applied for the position of social media manager advertised by a digital loans provider, Benson Mumo was happy to receive an email shortly afterwards, telling him he was shortlisted for an interview. The young communications professional was informed that the interview process would begin with written tests.

Mumo was required to come up with advertising slogans he would use on the company's social media platforms should he get the job. "The company was run by a European; he wanted someone who could write advertising copy in Kiswahili,” Mumo says.

He passed the first round of tests but, while doing the second round, got concerned that he was doing too much for them. "I spent hours preparing the answers for the tests. At some point I was wondering whether this was a test or whether I was already working for them," he recalls. Mumo decided not to follow up on the application as the recruitment process seemed shady.

Nyaora Eric, a research consultant in Nairobi, says some employers use the recruitment process to get professional advice for free and that it’s been going on for a while. “It’s not a new practice,” he says.

In this digital age, recruiters have created online employment portals where job seekers must fill in their details. The details include names, contacts, residential addresses, academic qualifications, national identification numbers and even income tax PINs. There are concerns that some employment portals may not have real jobs but could be out to collect personal data for sale to interested parties. If the suspicions are confirmed, it would mean people are profiting from the multitude of desperate job seekers. "Data is gold," Nyaora says.

Leah Muthoni, a human resources officer in Nairobi, explains that employers subject job applicants to a rigorous recruitment process to "know if the job seekers have an understanding of what is expected of them". She does not rule out the possibility of employers benefiting from information gained during interviews.

“I would like to imagine that recruiting firms use such information to make a judgement of what they wish to get at the end of the process, but it depends on the kind of organisation. Most startups or private companies may want to leverage on any information that seems crucial for them,” she says.

The best way for job seekers to protect themselves from getting tricked into working for free is by conducting a background check on potential employers. The Internet is a great place to start by reading reviews posted by other job applicants and ex-employees. A good example is of the notorious NGO described in this article. With the reviews, a job seeker can avoid investing money and time on suspicious vacancy notices.

Another great way of finding out about a potential employer is by calling people in the industry. For example, if interested in a vacancy with a hotel, call people who work in the hospitality industry. They are very likely to have heard good or bad things about your potential employer.