Cleric was martyred for love. Day was Christianised but is now commercial

• If you’re the wife or the ‘main chick’, this is a red-letter day for you, or so the joke goes

• For ‘side chicks’ and lonely hearts, it’s just another Sunday. But its history is colourful 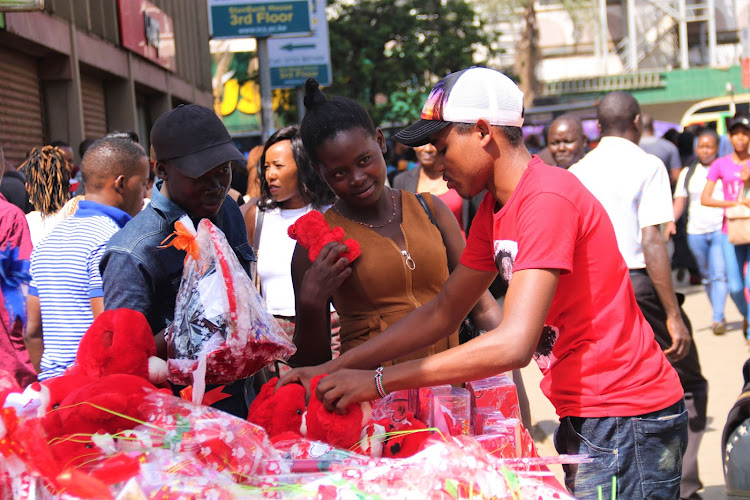 Flowers and chocolates and love notes, oh my. You’ve probably received at least one of these today. Chances are you’ve picked an outfit for tonight. Something featuring red somewhere, no doubt. You’d have preferred a romantic dinner at a quaint restaurant, but with the early curfew, you’ll most likely stay home and cuddle on the couch with a glass of wine. For cinephiles, a romantic flick like The Notebook is perfect for the evening, just remember to keep a box of tissues handy.

Unfortunately, this only applies if you’re the wife or the ‘main chick’, or so the joke goes. For the ‘side chicks’ and lonely hearts, it’s just another Sunday.

Valentine’s Day has been with us for eons, but like the love celebrated on this day, its origin depends on whom you ask. Granted, the day gets its name from a famous saint, but exactly who he was remains academic.

The most popular theory describes St Valentine as a loveable priest from Rome in the 3rd Century AD. The emperor then, Claudius II, had banned marriages, convinced that married men made bad soldiers. A believer in love, Valentine countered this law by arranging clandestine marriages. Of course, this drove Claudius II bonkers. He sentenced Valentine to death and threw him in jail.

Undeterred, Valentine fell in love with the jailer’s daughter. On February 14, he was executed, but not before he sent his sweetheart a love letter signed, “From your Valentine.”

But having a particular ‘Valentine’ for the day is a tradition thought to have its origins in the ancient Roman festival of Lupercalia, a fertility festival held in the middle of February, officially the onset of the Roman springtime. Apparently, as part of the celebrations, boys drew names of girls from a box. The couple would be boyfriend and girlfriend for the duration of the festival, some even getting married.

Eventually the church, in a bid to ‘Christianise’ the ‘pagan’ Lupercalia carnival, decided to turn it into a Christian celebration in memory of St Valentine. And Valentine’s Day was born.

In modern history, Charles Duke of Orleans, 21, is famous for having sent the first Valentine’s Day card way back in 1415. A prolific bard, he sent a poem titled Farewell to Love to his wife Bonne of Armagnac, 16, his second of three wives. Ouch!

Today, Valentine’s Day is remarkable not only for its salute to love but for the cash cow it has grown to be, with some detractors going as far as to claim the latter has completely adulterated the former. In the US alone, lovers spent $27 billion (Sh2.9 trillion) on February 14 last year. Yes, that’s trillion with a ‘T’, $2 billion (Sh220 billion) of which went to flowers alone.

Hate it or love it though, Valentine’s Day is here to stay. Flowers will be gifted, chocolates devoured and love notes crafted for years to come. But what of those left out in the cold? Go ahead. Treat yourself to a spa, a bubble bath, shopping spree… Or give it a twist and have a movie date with something gory and “anti-Valentine”, like My Bloody Valentine, or watch Sid and Nancy if you really want to hate love.