We suffer and call it hustling

In our desperation to make money, we sacrifice our dreams, happiness

• Chasing paper is not the same as living your dreams 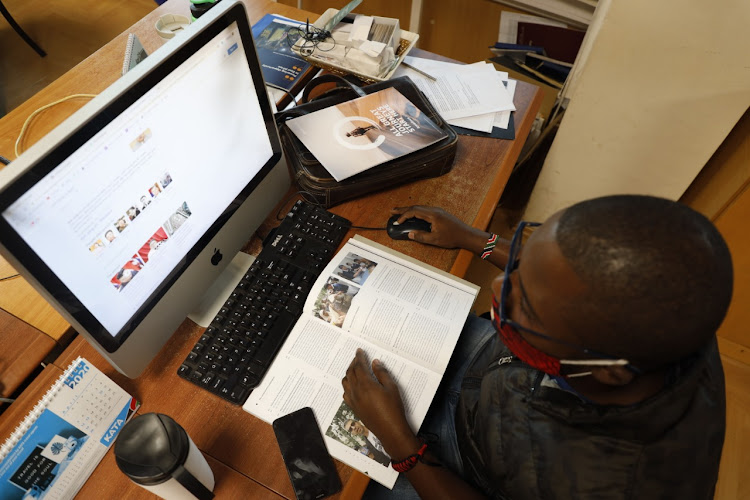 A man works on his computer
Image: FILE

As humans living in an economically driven society, we tend to live life for the sole purpose of making ends meet. Understandably, we all have to pay our bills somehow, and we do, in fact, need money to survive.

As Kenyans, we pride ourselves in being the hustler nation. We can survive in almost any difficult situation and quickly adapt to ways that safeguard our survival. We can do any sort of job, even if it is outside our field of expertise, as long as it pays the bills.

When we are driven by the unending desire to make money, we forget about our passion, skill and talent. The end goal? To hustle until we make it big. Our desperate attempt to chase paper turns us into bloodthirsty hustlers who forsake their dreams.

In our bid to make that quick buck, we end up doing soul-crushing work that throws us into the bowels of depression. I remember when I had my first 8-5 desk job, I figured out within the first two months that I was not meant for it.  Nevertheless, I stuck with it. It had been engrained in me all my life: go to school, graduate and then take on the corporate life.

In the short stint working on that platform, I met many Kenyans who were doing the same. I do not know their stories, they might have done it for the money, but I doubt they did it because they had a passion for it. Even though making money was the incentive, the first thing we should have considered was the time and energy we put in versus the outcome. It was simply a case of working hard and not working smart.

I forced myself to believe that although the pay was bad, it would get better the harder I worked. Unfortunately, this is the mentality of most working class Kenyans. In my case, my work had to get through several stages before being approved for payment. Most of those stages turned out to be a ping-pong match, where my proposal would bounce from one stage to the other and never really make it to the end.

The stress took a complete toll on me, worsening my relationship with my main sources of income and side projects. When I finally confided in someone and she asked me why I took on the job in the first place, I said I thought it would be easy money and I was desperate to make money. Even when I figured out the pay was not worth my struggle, for some strange reason, I still wanted to keep proving I could survive.

Maybe it is the current state of the world today. People are losing their jobs left, right and centre. We are all desperate for the coveted financial stability. Fortunately, the other thing Covid-19 taught us is that no matter how hard or how long we work for corporate companies, we are all dispensable in the end. Perhaps it is the universe’s way of reminding us to stop chasing money and start chasing our dreams.

For those who argue that chasing dreams does not pay the bills, I say look at all the self-made millionaires. They chased a dream first. Zuckerberg chased the dream of having a social platform, even though he was an awkward nerd. Bill Gates chased his tech dream that nobody really understood in the beginning. Steve Harvey quit everything to pursue the penniless life of a stand-up comic. In the end, these people became very successful because they chased their dreams. I guess it is true what they say, when you stop chasing money, money will chase you.