When your hair falls off and leaves scars 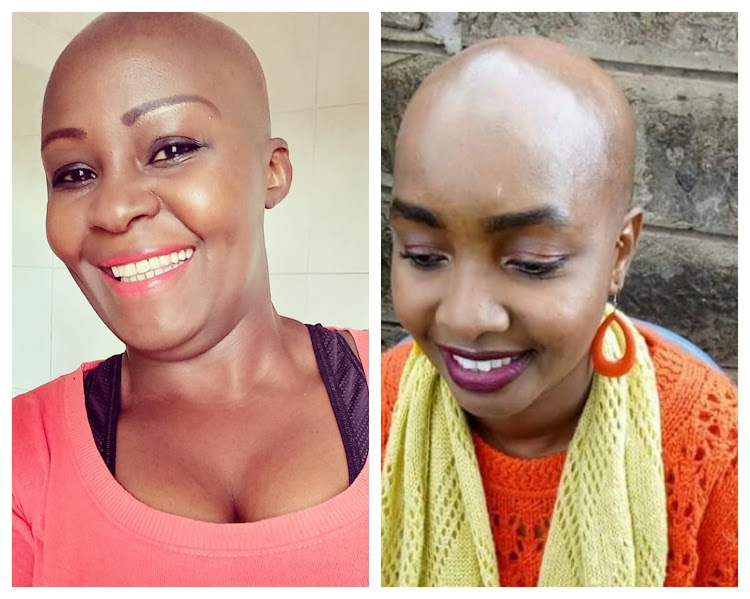 Hair falling off, scars and wounds forming on the head, patches everywhere. This is the nightmare wreaking havoc in some people’s lives.

Alopecia areata affects your hair follicles, causing patches of baldness. It occurs when the immune system attacks hair follicles and may be genetic or brought on by stress, hormonal imbalance or hair pulling.

The condition can develop at any age, but it's most common in young people aged between 15 and 29 — six out of 10 people with alopecia areata develop it under the age of 20. It affects men and women equally.

With hair being more defining to women, losing it leaves many desiring solutions to the problem. If you have only partial hair loss, your hair will likely grow back fully within one to two years, but if chronic, it is incurable.

Communication specialist at Deer Leaps Limited Tabitha Onyinge tells the Star she struggled to accept the condition when it affected her.

“It all started in 2012. I started to witness patches on my head. So I decided to cut my hair that had chemical treatment thinking that it was the cause,” she said.

Onyinge, 45, said after shaving, she realised her hair had a very different texture. 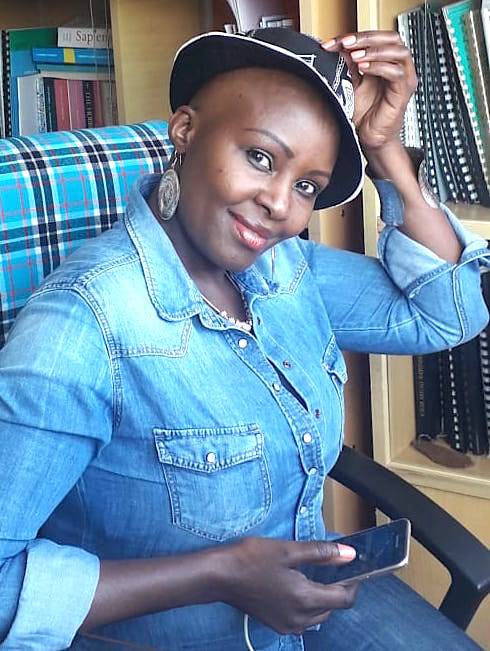 “The texture was different. In fact, my remaining hair seemed to look like the hair of our Muslim sisters. It was soft and light, something that was quite different from my natural hair,” she said.

But she said even with the texture change, her hair began falling off and only a little was left at the back of her head.

“There were patches on my head which turned into wounds. When I slept at night, I could wake up and find my hair on the pillow. This left me worried. When I combed my hair, the hair fell off,” she said.

Onyinge then decided to braid her hair to see if the falling off would be tamed.

“This did not work. I then decided to do weaves or wear wigs as I sought for a solution,” she said.

In 2016, Onyinge could not walk with her hair, whether it was braided or not.

“Painful wounds began forming in the patches that were now scars. The hair was now not growing anymore. This is the time I decided to go and see a specialist, who recommended some lotions that I was to apply on my head,” she said.

“The pain on the wounds reduced but the hair continued to fall off.”

The specialist told Onyinge that whatever condition it was, it must have been inherited.

“I went to the specialist to repair my hair but then he asked me if anybody in my family had the same problem. This is the time I had to tell him about my father and my sister,” she said.

It was at this point that she was given a lotion to apply on her hair, which did not guarantee that her hair would grow.

“The doctor first drew blood from my system and extracted plasma, which was used to inject my scalp. I had 15 injections on my scalp just as a way to treat my hair loss,” she said.

Trichologist Hillary Onyango says that the plasma used for the injection should be able to stimulate the growth of the hair follicles.

Though she had to part with around Sh15,000 per session, Onyinge said the hair continued to fall off.

“Then a few days ago, a friend told me he knew a good doctor who could help me with the condition. I decided to give it a shot. When I arrived, I realised the clinic was being run by a man and his wife, all from Indian origin,” she said.

I am a bit strange because I do not have any attachment to my hair. In fact, I don't feel less beautiful. I have dreams about my hair growing

“Then I was told to remove my wig. The man got shocked and called for his wife, who became even more astonished. Three quarters of my hair was no more. It's like I had just a few strands of hair on my head.”

Onyinge said she was given some vitamin supplements, including vitamin E, to boost hair growth, but she was told to go back to  the clinic if she did not see any improvement.

After a week, she followed the doctor's advice and went back only to be given bad news.

“I cannot help you, ma'am, because I cannot give you false hope on your hair loss,” he said. Onyinge said these words broke her heart, and she lost all hope of looking for a solution.

But Onyinge, who has accepted her situation, said she does not feel bad about her hair loss.

“I am a bit strange because I do not have any attachment to my hair. In fact, I don't feel less beautiful,” she said.

“I have dreams about my hair growing. The dreams are rampant because I have had close to four dreams in a span of like a month. When I wake up, I feel good about it.”

Carol Makandi, 47, is in the same boat. Her life has been rough the past 20 years due to alopecia.

Makandi tells the Star she was forced to shave her head bald due to hair loss and the wounds on her scalp.

“Being a woman, my hair held a great deal of importance to me. My condition was being termed 'weird' by my community. As I said, if my skin gets in contact with any surface, I will break out in sores and the wounds may take up to two-three weeks to heal,” she said. 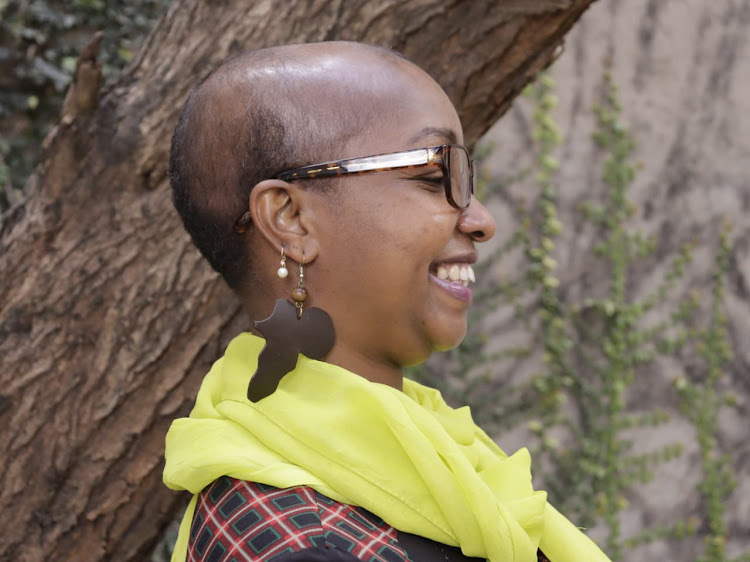 “Due to this prolonged healing process, I visit the hospital often and have sores all over my body. But I realised this disease has no cure.”

Makandi has been going to hospital since 2015, when the condition manifested itself, and since then, her self-esteem has taken a hit.

She says having the condition is devastating to any woman out there who values her hair.

“It's devastating because this is one disease that maybe you had not heard about, you do not even know what causes it, and here you are,” she said.

“I cried everyday for almost a year. This was my hair and my beauty. It is traumatising and you feel very low as a woman. It's like you are stripped of beauty, but I am at the stage of acceptance now.”

Makandi says she has a support group where there are over 70 people with the condition.

“Here, we focus on people with this rare condition, and people get to be encouraged on what to do on a daily basis,” she said.

I cried everyday for almost a year. This was my hair and my beauty

Some of the main symptoms of alopecia areata include patchy hair loss that appears as small, round areas of baldness. These areas are most likely to be on your scalp, although they can occur on any part of your body where there is hair.

Trichologist Hillary Onyango told the Star alopecia can be caused by many factors, which include postpartum depression, trichotillomania (irresistible urge to pull out body hair), genes, stress and hormonal imbalance.

“Before you assume you have the condition, you need to know what the underlying cause is. Some people claim they have patches on their head, saying it's alopecia. No, this can be Seborrheic dermatitis (a skin condition),” he said.

Onyango says alopecia can only be treatable before it gets to a more chronic stage.

“Once your hair is examined and it is established you have lost three quarters of hair from your head, then that’s chronic. Always known as grade seven hair loss,” he said.

“At this stage, there is nothing much the doctor or the trichologist can do to help. You just have to shave and try to live with it.”

Could your hairstyle be causing hair loss?

Childbirth, being on the pill and stress can also make women lose their hair
News
3 years ago

The trichologist said women who undergo this kind of hair loss can wear wigs and weaves to prevent anyone from noticing.

But then he said hair loss can be caused by some chemicals, shampoos, oils that people use on their scalp.

“When you use a shampoo that has sodium hydrate, you are bound to lose your hair gradually. So people need to know the contents of products they use on their hair,” he said.

Onyango, who works at a clinic in Clarion Hair Solutions, said in a month, they can receive about 15-20 patients with alopecia.

A few years back, it was not unusual to see old men with receding hairlines or bald spots, especially right at the centre of the head.

Today, a quick look around your workplace or in the streets will reveal that more younger men are spotting the ‘bald look’.

But, if you dig deeper, you will discover for some, it’s as a result of hair loss.

Some of the experimental treatments include vitamin D supplementation and platelet-rich plasma (PRP) injections.

While none of these are likely to cause harm, their effectiveness is also not supported by research.

Other people turn to alternative treatment methods, such as acupuncture and aromatherapy, although there is little, if any, evidence to support these treatments.

Hair transplant surgery is also another option but very expensive.

As a precaution, trichologist Onyango reiterated that people should not use products that have sodium hydrates.