Street girls forced to trade sex for pads, use rags amid Covid

• Before the pandemic, street girls in Mombasa would get pads from well-wishers

• They have since been neglected, forcing them to improvise, accept transactional sex 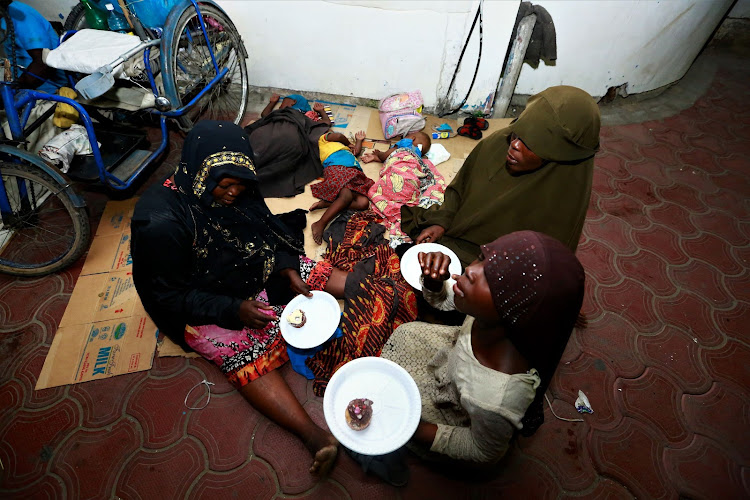 Makadara street families have a meal from a well-wisher along a corridor
Image: JOHN CHESOLI

When the country recorded its first case of Covid 19, life changed, business closed down and the streets remained empty as people stayed home to curb the spread of corona.

In normal days, street families depended on well-wishers, but with the empty streets, these families have been forced to go the extra mile to get something to feed on.

The situation is more grievous for girls and women, especially during their menstruation period.

Sarah Sidi, 18, has known the Mombasa town streets as her home since she was born, and begging has been her source of livelihood.

“We are a family of five children and I am the secondborn. During the day, I usually camp on the streets with my sibling to beg for help from people, and whatever we get cannot sustain us. Therefore, we prefer buying food and not sanitary towels,” she said.

With no money to buy sanitary towels, Sidi said they have resorted to using rags and pieces of mattress picked from the streets. This has been a norm for them, despite the risk of getting infections.

“Before the coronavirus, someone could bring us sanitary towels. But now, we have nowhere to get the towels and are forced to use rags or anything usable,” Sidi said.

Sophy, 15, said the adolescent stage is a difficult period for teenage girls living in the streets, especially when they start having periods.

She said at times, men have taken advantage of their vulnerability to ask for sexual favours in exchange for money to get food and the sanitary towels.

“It is very common for some men to approach us that we have sex with them in exchange they provide us with some basic needs. Due to circumstances, we usually accept the offers because we need food and the sanitary towels,” she said.

I can’t remember the last time I used sanitary towels. Most of the times I have been using rags and pieces of mattress I get on the street

When sanitary towels are hard to obtain, girls and women use unhygienic alternatives, which puts them at risk of reproductive health problems, including urinary tract infections.

Halima Kahindi, a mother of seven girls, says her life is based on support from well-wishers. Everything changed when corona came. Now they do not have people to help them.

“With the current situation, I cannot provide towels for my girls and, therefore, they use anything they get,” Kahindi said.

She said the eldest daughters have been forced to sleep around with men to get the much-needed towels.

Some of the girls are now committed to menial jobs, such as washing clothes and cleaning houses in the estates.

Kapili Juma, a mother of two who was born and raised at the Makadara grounds, said she has been having it rough.

“I can’t remember the last time I used sanitary towels. Most of the times I have been using rags and pieces of mattress I get on the street during my monthly periods, because the little money I get, I provide food for my children,” Juma said.

She said before corona, she could get well-wishers who could provide a packet of sanitary towels once in a while, but it is no longer a priority.

Kapili said some men have a habit of offering assistance with conditions, such as offering sexual services and with the dire conditions, they have been forced to give in to the demands.

“We have people who have approached us several times in the name of helping us, but at the end of the day, you get used and dumped with no money and sometimes later on, you realise you are pregnant,” Kapili said.

Activist Betty Sharon said street families are a neglected lot. Sharon is the executive director of Collaboration of Women in Development and coordinator of Pwani Gender-Based Network

“Menstrual health among the street families is a big concern because no one cares about them,” Sharon said.

"This is a group of people that has been forgotten, especially when the budget is being done at both the county and national government level."

She said sanitary towels are supposed to be given to schoolgirls and the most vulnerable, who are the street girls, girls in slums and women in prison. But unfortunately, schoolgirls are the only beneficiaries. 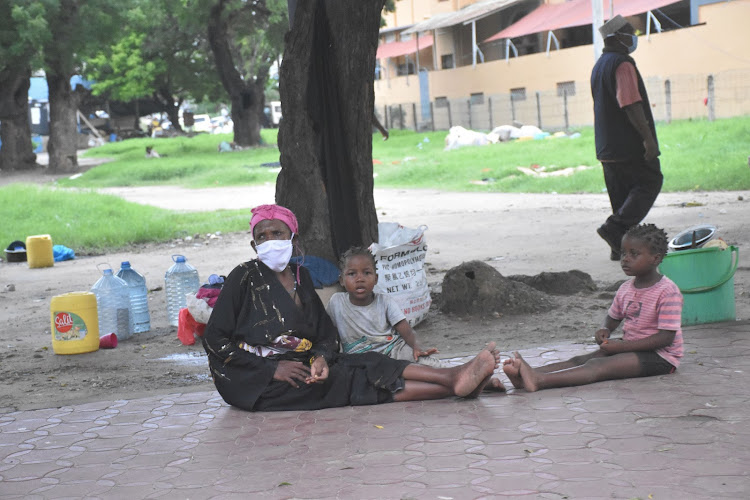 A mother and her grandchildren at Makarada street
Image: JOHN CHESOLI

“Before corona, these people could go out on the streets and beg for help, but now people are staying at home, they have no one to help,” Sharon said.

She added they lack shelter and access to water and, therefore, cannot be given the reusable sanitary towels because they don’t have water to wash them.

“The girls are selling their bodies to get the sanitary towels, yet the government is supposed to be taking care of them,” Sharon said.

The rights champion called for menstrual health care packs for vulnerable families during this pandemic period.

Sharon said street families should be given first priority in the distribution of care packs to protect the girl child from infections and worse, from being sex objects for perverted men.

She urged the county government to save and protect the health of girls and women in the streets by implementing the law of sanitary towels and ensuring they reach the people who deserve them.

A Mombasa medical expert, Dr Edwin Choke, said the use of unhygienic ways during menstruation can cause bacterial infection because they are not safe and not sterilised.

“The infection can affect the uterus and reproduction tubes, which later can result in infertility,” Choke said.

He further said the lack of proper materials during menstruation can cause psychological problems, stigma and fear of going on with normal lives at that time of the month.