Avoid being gullible on herbal remedies

The incredulous black tea story spread over Mombasa like wildfire 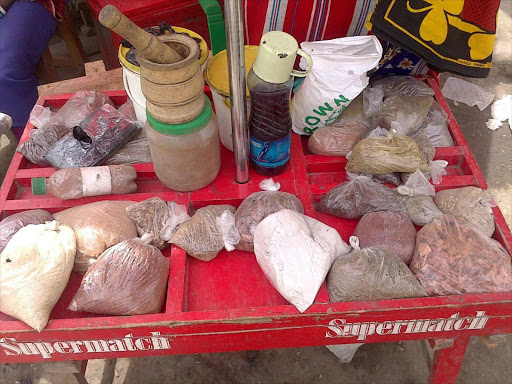 Herbal remedies are the foundation on which the medical field is built. From the beginning of time, humankind has been using roots, plants, leaves or tree barks for healing purposes.

As man continued to advance, so did the medical field. The pharmaceutical industry is worth billions of dollars today because the one thing that will never run out of demand is medicine.

People want to be better. From headaches to complex diseases, people take pharmaceutical drugs to heal themselves. Herbal remedies are used less frequently in contemporary times, but they have never gone out of style. People often supplement prescription medication with home remedies.

So naturally, when a disease breaks out, there is always a quick response among people on natural remedies. As was the case when Covid-19 broke out. Since the pandemic hit Kenya, people have been receiving forwarded messages on the newest natural cure for the disease. In the last few weeks, I have heard just about every single cure of Covid-19.

From high pH foods that automatically kill the coronavirus to natural remedies like black seed oil, clove oil, guava leaves and the incredulous black tea story that spread over Mombasa like wildfire. People share these natural remedies on social media platforms like WhatsApp, where they swear by the particular remedy, which healed an unknown man in an unknown place.

Pandemic shows we are still gullible to fake news

Internet is awash with talk of vaccines, magic cures and protective potions
Sasa
2 years ago

Every single time I find myself in an exasperated conversation about it: I argue no cure has been found yet and they argue that herbal remedies have been curing people since the beginning of time. My argument does not take away from the veracity of herbal medicine. Rather, it builds on the understanding of how research works.

As an academic, I understand the time and research it takes to prove or dispel theories. When it comes to creating drugs, there is a lot of time and testing that goes into place. Researchers understand the gravitas of exposing people to untested medicines that can cause more harm than good.

I must clarify that I do not belong in a medical field. However, during my time in graduate school, I visited many colleagues’ laboratories as they tried to invent some sort of chemical composition. I watched how they worked hard for years, trying to create something that works.

When news was broken of the Madagascar cure last week, naturally, I was dubious of yet another new miracle cure. The so-called cure is a herbal concoction named Covid Organics or CVO, and it was promoted by the President of Madagascar Andry Rajoelina. The main ingredient of CVO is a plant known as Artemesia Annua, which is mostly used in Madagascar to treat malaria. The plant is also said to strengthen the immune system and eliminate viruses from the body.

Whilst the plant may have many healing properties, I remain sceptical of its corona-curing properties. To say it is a remedy that improves the immune system when one is fighting coronavirus infection is a much more believable statement that to say it ‘cures’ coronavirus.

It seems as though I am one of the few people who remain critical of this ‘miraculous drug’. Most Africans on Twitter showed their support of the new drug, while urging their governments to place orders of the cure, with the governments of Tanzania and Guinea-Bissau among the first to order shipments of CVO.

As an indigenous society, we are pre-emptively quick to accept natural remedies as cures because that is what our ancestors used. We are wired to believe in the natural healing powers of herbs, whether or not the outcome is true.

Take HIV-Aids, for instance; there was a time when it was rampant across Africa. Medicine men claimed all sorts of herbal cures, but no herbal shower or potion cured HIV. Who can forget the 2011 scandal, when a medicine man in Loliondo gained overnight fame throughout East Africa with his miracle herbal concoction that cured HIV-Aids, cancer and many other diseases.

Babu wa Loliondo, as he was famously known, drew thousands of treatment seekers into the rural village of Tanzania, where they waited in line for days for a consultation with the medicine man.

It took a lot of educative programming and PSAs for African governments to convince their citizens there is no cure for HIV-Aids. Changing the perception of people set in their ways is a difficult task. Herbal remedies are useful in many instances, but we must not be gullible when it comes to facts. We should avoid falling prey to hearsay medical proclamations that have no validity.

The therapy used, used to treat Spanish flu, clears virus in less than a week
Counties
2 years ago
by Nabila Hatimy Entertainment Writer
Lifestyle
08 May 2020 - 04:30