Why men and women find it difficult to remain friends

The 'friend zone' is essentially an unequal relationship, in which the desires of both friends are not equally met

• Hard as it sounds, platonic relationship between men and women is not impossible

• However, it requires finding someone with friendship goals that match your own 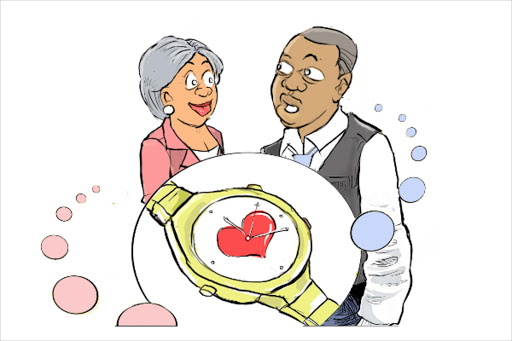 When they met in the office, Khloe* (not her real name) offered to show Noah* around the office because he was new.

She had been working at the organisation a few months before Noah was hired.

Soon after, the two workmates became friends and started spending more time together.

"Our friendship developed to the point he would buy me lunch sometimes or I would buy it for him. We alternated and then started hanging out on Fridays after work in town," she said.

Noah also started offering to take Khloe home when they would stay late in town.

"If we stayed in town late and I did not have Uber money to go home, he would offer to take me home then go back to his place. Sometimes, though, we would go to his place and play games," she said.

Noah's mother has a clothing store in town, where they would sometimes stop by and say hello to her.

However, Khloe maintains they were just friends and had not talked about advancing their relationship.

However, when Khloe left the organisation, he tried to change the dynamics of their relationship.

"It was on a Friday and as usual we went to town, had some drinks then he told me if I was available, we should go to his place to play board games. I agreed because it had become our tradition on Fridays," she said.

"But things were different that day, he started getting emotional and telling me he would miss me at work but on the bright side, we could now date without fear."

Khloe was shocked because she did not know Noah had been having feelings for her all along.

"I told him I have only been his friend and I can only offer him friendship but he started insisting that friends are not usually as 'close' as we are, and I should stop denying my feelings for him," she said.

Noah tried to insist there was something more between them but Khloe did not have any feelings for him.

"I stopped hanging out with him because he would always try to guilt-trip me by saying 'nilimkataa', but we sometimes say 'hi' on the phone," she said.

Hildah* met Henry* during their second year of campus through mutual friends.

The two quickly realised they had a lot in common and started hanging out more but as friends.

"I would hang out with him a lot after class and we would always find new adventures to do together. We went on walks, watched movies and just had fun," she said.

A year after they met, Hildah still viewed Henry as a friend but had started hearing from their friends he might have developed feelings for her.

"I wasn't worried about it because he was seeing someone and I had just started a serious relationship, he'd even met my boyfriend," she said.

"Nothing had changed in our relationship, we still hung out and spend a lot of time together. I was very free and comfortable with him."

However, their relationship took a sour turn when Henry started withdrawing from their friendship.

"Our friendship was always mutual. He bought me gifts and I did the same for him. He took me out and I took him out, so it was never a question of him doing anything for me that I had not done for him," she said.

"I never wanted him to feel like I was taking advantage. My boyfriend and he were in the same business, but I still bought my items from him. That's how much I valued our friendship."

So when Henry started acting distant, she did not understand what she did wrong. Despite her friendship with him creating some problems in her relationship, she made it clear to her boyfriend Henry was just a friend.

"Henry and I had never talked about advancing our relationship at any point, so I was sure we were just friends," she said.

"I remember the day before he completely went AWOL on me, he did try to kiss me but I turned him down. I didn't see him after that, despite us being neighbours."

Hildah's feelings were hurt because he wanted to completely shift the dynamics of their relationship without even a conversation first.

"I was angry but I was also hurt. I felt he was blaming me for something that was not really my fault. I honestly thought we were just friends," she said.

The survey shows both men and women enjoy opposite sex friends for dinner companionship, conversation, self-esteem boosts, information about the opposite sex, social status, respect and sharing resources.

According to Psychology Today, both sexes also noted some similar costs of opposite-sex friendship, such as jealousy, confusion over the status of the relationship, love not being reciprocated, cruel or mean behaviours and being less attractive to potential romantic partners because of the friendship.

Jeremy Nicholson, a doctor of social and personality psychology, says the friend zone is essentially an unequal relationship, in which the desires of both friends are not equally met.

"It may exist in a 'just friends' context, with resources being shared, usually gratifying the woman's need, but sex and romance is not an option, usually frustrating the man," Nicholson writes.

"A mismatch can also occur in a 'friends-with-benefits' context, where sex is being shared, usually satisfying the man, but resources and protection are not forthcoming, usually frustrating the woman."

The doctor adds research and many people's experience shows that it may often be hard for women and men to be just friends.

"They often have very different expectations for what that 'friendship' will entail. However, there is some common ground. So, with a bit of effort, satisfying friendships can be created (at least in some situations)," he said.

HOW TO BE FRIENDS

He encourages walking away when one friend finds themselves wanting more in the friendship and that desire is not reciprocated.

"Similarly, when you don't want more, but your friend does, cut them loose. In either case, failing to act, or convincing others to stay against their needs, will only bring you costs," he said.

"So, save yourself the frustration of pouring time and money into a lost cause. Or, be sure to let that love-sick friend down quickly before they ruin your other relationships and make you feel bad."

However, Sylvia Atieno, a feminist and activist, said she does not believe in platonic relationships between men and women.

"As a queer woman, I am very wary of men, so for me, I cannot positively comment. I haven't had good experiences with men and I do not intend to build any," she said.

"So that's it for me. Men represent violence to me and they constantly sexualise me because of my sexual identity."

Nicholson said friendship between men and women is not impossible but requires finding someone with friendship goals matching your own.

"Communicating clearly and leaving when there is not a match is key. Also, if you desire to be 'just friends', it may be better to pick friends who are already in other romantic relationships," he said.

"That way, you can have a satisfying exchange, a good friend, and no frustration."

Before you reach for a knife, axe or gun, think twice, says Neil Samuel
News
2 years ago
Post a comment
WATCH: The latest videos from the Star
by NJERI MBUGUA News Reporter
Lifestyle
17 April 2020 - 05:00
Read The E-Paper