African queer literature and its implications in changing times

• It could help broaden our spectrum of understanding and comprehension 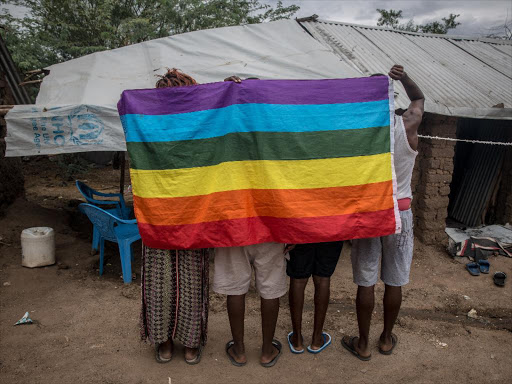 A 2017 report by the International Lesbian, Gay, Bisexual, Trans and Intersex Association found 33 African countries out of a total of 54 nations criminalise same-sex relations
Image: REUTERS

A scholar from Mexico highlighted how gender rights and issues of sexual identities intersect. The focus was on commercial sex workers and their rights to self-identity and humane treatment. The body as a site for cultural and social interlocution is a subject that continues to attract scholars and rights defenders across the world.

In the same year, in March, a case that had attracted international attention on the rights of the marginal LGBTQ community at the High Court came to a close. The case had been filed as a petition by activist Eric Gitari in 2016. The case moved from the idea that sexual rights and sexual identities of people discriminated against on the basis of their sexual orientation are part of basic human rights.

The petition sought the action of the High Court to decriminalise sections of the penal code that criminalise same-sex relations, terming them unconstitutional. The case conclusion was that the sex-related codes of our constitution with roots in African culture and colonial laws be upheld. The debate now continues unabated on the topic in several arenas of public and personal opinions, from blogs to newspaper columns and from public social media to literary works.

With Valentine season at hand, it is interesting to take stock of the literary dimension of this discourse. What is the state and status of queer literature in Africa today? In 2016, a ground-breaking research report on the topic was conducted by Dr Kariuki Banda. He sought to study the character worldview and the ethical paradigms guiding the social vision of queer African writers, such as the Somali Osman Diriye and Mark Behr, born in Tanzania and raised in South Africa.

His work heralded the rise of academic interest in the humanities across the region as scholars in the conservative arena that are varsities shone a spotlight across the disciplines on queer studies. Dr Banda is currently overseeing a study on lesbian identities in hegemonic masculinity contexts as depicted in select African fiction.

The rise of academic focus on this often-silent area of interest in African literature can be traced to the turn of the century's rise of openly queer writers and queer writing from South Africa. It is part of a trend that is commonly referred to as post-Apartheid South African literature. These works cross-question the normative and received idea of African sexualities and gendered bodies popularised as conservative by the first and second generation of black writers of the 1950s and 1990s.

The Quiet Violence of Dreams by K Sello-Duiker and You Have to Be Gay to Know God by Siya Khumalo are two such explosive prose pieces that have come out of South Africa in recent times. Other works of literary art include: Black Bull, Ancestors and Me: My Life as a Lesbian Sangoma by Nkunzi Zandile Nkabinde. These three works offer a cross-sectional view of this genre of African literature that is on the rise since the turn of the century. Such literature continues to come out of Nigeria, Zimbabwe and Somalia, while Kenya offers an insight into the same-sex love themes in cinematic snippets like Rafiki.

Other works are not from individual writers but a commonwealth of authors bringing their talents together to inscribe the queer narrative on the body of African literary canon. An example of the same is an anthology of 18 short prose pieces gathered from across the continent and published by the Gay and Lesbian Memory in Action. It is a South African centre of LGBTQ culture and education. The anthology is titled, Queer Africa: New and Collected Fiction.

The tradition of same-sex love and its narrative heritage is one that the West and the Orient have witnessed for a longer period as compared to Africans. Still couched on discourses of heterosexuality, normative gender expectation and conservative cultural heritage, literary audiences across the continent and in Kenya approach the field with measured curiosity and trepidation. It will take a bolder generation of poststructuralist and postcolonialists to venture beyond the horizons of traditional gender discourses in African literature, as has been evinced by Kariuki Banda’s works and that of his school of thought.

Literature is both an expressive art as well as a mimetic one. It is symptomatic of the shifting perspectives and transnational cultural intercourse underpinning the ongoing insertion of the country and continent into the era of globalisation. With intensified interlocution between our local cultures and global or foreign ethics, we will need to recalibrate our critical paradigms to help us understand and interpret the codes of queer literature, queer theories as well as queer cultures among us.

What problems face the LGBTQ community? What are their struggles in the face of mainstream society and its expectations? What are the horizons of expectations that delimit our ability to fathom and unpackage these struggles even from our heteronormative cultures and identities with roots in African culture? Taking time, like this season of love, to cogitate on some of these concerns can prepare our society and its stakeholders to open discussions on the topics that the High Court and LGBTQ activists in Kenya, as well as scholars like Banda, continue to face in our fast-changing world of the 21st century.

To read works by queer writers or of queer concerns is not to lose one’s comfort zone in terms of gendered bodies and sexualities. On the contrary, it could be the beginning of the broadening of our spectrum of understanding and comprehension. Literature often provides a veritable location of culture where we can observe and analyse truths and realities with greater distinction. In this season of love, it is one thing to convey messages of the same and another to love oneself as one does his or her neighbour. Writing is sharing is reading is loving is questioning realities around us the better to understand today.

The writer is a leading literary critic of African literature