Why is divorce among Muslims skyrocketing?

While the community faces a crisis of men, some women misuse their leeway to seek divorce on trivial matters 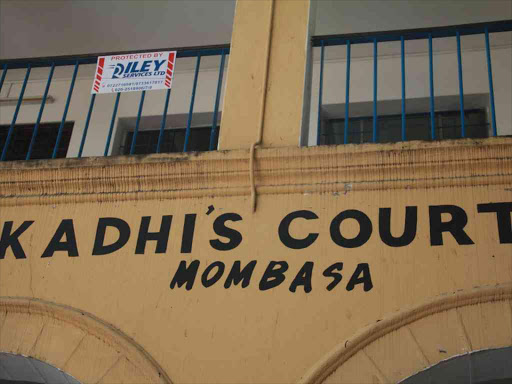 'The judicial officer said that 70 per cent of court cases are related to divorce'
Image: FILE

On October 26, Citizen TV did a news brief on divorce rates in Lamu. They reported that 60 per cent of marriages in Lamu end in divorce.

In a year (between 2018 and 2019), the Kadhi of Lamu conducted 46 marriages, of which 42 had ended in divorce by the time the report aired. These statistics are not only reflective of the tiny island but of the present marriage and divorce statistics in the Muslim community as a whole.

The rate of divorce in Muslim marriages is at an all-time high. Although men can divorce their wives, or the couple can mutually decide to go their own separate ways, women are also allowed to seek for divorce through a judicial decree. This means that if a woman feels suppressed in her marriage and that her husband would not give her a divorce, then she can seek a divorce directly from the Kadhi’s court, even if the husband is unwilling to divorce her.

On September 21, Society Talk covered a piece on the impending catastrophe that will be the lack of husbands in the future for young girls due to crime and drugs.

A crisis is looming that most people do not see.
Sasa
2 years ago

What I failed to mention is that gang violence and drugs are some of the reasons women seek dissolution from marriages today.

Most young men from the coastal area are already caught up in drugs such as marijuana and khat. While chewing khat is known as a favourite pastime and bonding activity among young men, it has become a nightmare for wives in the coastal region, who also cite the addictive behaviour as a reason for seeking divorce.

Although women are justified at times to seek divorce, this does not warrant taking advantage of their power to seek divorce. Some women misuse this option to seek divorce on trivial matters. They belittle men who make less money than they do, they can cause rifts between families and are likely to seek divorce based on wrong advice or external influence.

As someone who grew up around this environment, I saw marriages crumbling around me on a daily basis. I have seen marriages that lasted mere days after a week of wedding festivities! I have seen marriages fall apart for the inanest of reasons! As such, divorce played a big role in how I viewed marriage. Not that I anticipated it, but because I feared it.

From a very young age, I did not want to become a divorce statistic. It took me a long time to settle down. By the time I got married for the first time, most of my peers, my friends, my schoolmates were already divorced.