• GBVRC nurse in charge Saida Mwinyi says the stories she hears on rape, defilement and sexual harassment have affected her personal life. 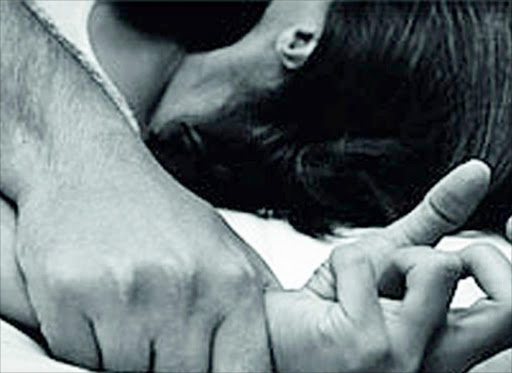 There are some jobs that leave one traumatised. For example, a job that exposes you to dead bodies. Dealing with accidents, for instance, from the police officers taking care of the bodies to the undertakers at the morgue.

For Saida Mwinyi, a nurse in charge at the Gender-Based Violence Recovery Centre in Mombasa, her trauma comes from the stories she hears almost every day.

Mwinyi receives cases of rape, defilement, sodomy and sexual harassment, from children to older people. No one is left behind. Male or female, they are all victims. And most cases are perpetrated by close relatives, friends and neighbours.

Appalled at how a child can be raped by her own father, she goes back to her past and tries to remember whether her late father ever had bad intentions towards her when she was young.

“I start asking myself, did my father's love contain wanting to rape me? But then I realise that I did not notice such behaviour,” she said.

Such cases also affect her as a parent. Cases she receives of defilement have made her strict and overprotective of her children.

“It affects in such a way that when you hear your child has been called for a job opportunity by a man, you start to have a fear that it is a trap and that she will be raped by that man,” she said.

There is one case that will forever remain in her head. A father frequently raped his child while his wife was away.

The mother had gone to the Middle East for a job she had acquired and she left behind her four-year-old daughter in the care of the father. She could never imagine he would take advantage of her.

The father then moved up-country with his daughter from his home at the coast.

After some time, the child’s grandmother found that the father had returned the child to her care, where she welcomed her with open arms.

Upon examining her further, she found out that her anus had stretched so she got concerned and took her grandchild to the GBV Recovery Centre.

Mwinyi described the case to be very disturbing to her because upon examining the four-year-old, she found disturbing results in her anus

“The anus opening had stretched 4cm apart in such a way that you could see her stool,” Mwinyi said.

What she saw remained in her mind for the longest time. The image she saw kept appearing at the back of her head. She could hardly get some sleep, only tossing and turning in her bed, closing her eyes but seeing it over and over again.

“The next morning, the incident was still fresh in my mind. I decided to narrate it to my colleagues at a point that I started crying,” she said.

She eventually decided to get a psychotherapist, who led some sessions of debriefs, which eventually helped her turn back to her normal self. The incident had made her reach a point she almost thought she was losing her mind.

Mwinyi is continuing with her job as usual, but such cases will forever remain a part of her life.

Jacelyne Karemera, an intern at the centre, said she had an experience that has really affected the way she thinks of her career.

She narrated an incident where a boy, 15, had sodomised his two young cousins, and when he was taken to the centre, he said he did not defile them out of his own will but was instead possessed by a demon.

“The perpetrator was trying to explain to us how the incident had happened, and while asking him why he did such an evil act, he explained that something in his head directs him to do such acts,” Karemera said.

While taking his blood samples, the boy became very violent, until three people could not hold him down.

Karemera said she only sees in movies and hears stories of people being possessed, but she had never seen someone acting as though they are possessed in real life.

Mwinyi's and Kamerera's experiences are but some of the incidents people face in the line of duty that affect their daily life.

Mwinyi emphasised on the importance of having debriefs when one encounters harrowing experiences to help them retain their sanity.

Safety in the line of duty: Ensuring women are safe as they get the story

The year was 2011. The Egyptian Revolution was in high gear and Lara Logan, then a correspondent with US broadcaster CBS, and a crew, went to cover ...
News
4 years ago
by PILI CHIMERAH Correspondent, Coast Region
Lifestyle
17 November 2019 - 06:00