Why every good governor must know the blue bottle fly 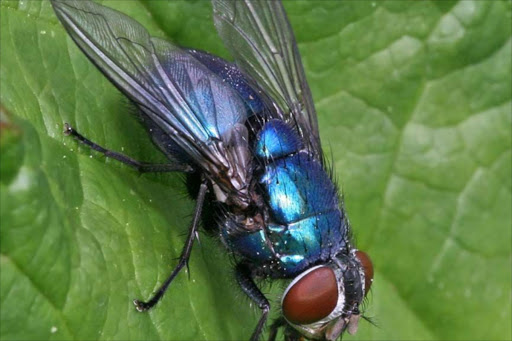 In this hot weather, you might think to sleep in the nude as a way to avoid sweating through out the night.

The temptation is higher at this month end, when having done the usual afternoon meat eating plus late night rounds both internal and external temperatures need management.

To eliminate early, we are not discussing voyeurism. Many of our houses have relatively tiny windows, heavily barred, and curtain shopping is one of the first things women of age do. Rather, the main issue is one of solid waste disposal.

It is obvious that the poorer people are, the less they have. It follows that the richer you become the more waste you generate.

Urban areas are so much richer than rural areas and so problems that arise due to having large amounts of waste primarily affect the city. In one study in Dar-es-Salaam, those with high socioeconomic status, as measured by a combination of education, income and occupation, generated one and a half times the waste of those from the lowest socio-economic class.

Three-quarters of that waste generated is organic, though of concern for those living in Nairobi is that this organic waste is mixed up with a significant amount of plastic waste, which damages the environment. The good thing about organic waste is that when handled properly it can be broken down, recycled safely for use in agriculture, industry and even the home.

The key being that it is managed well. Given our aspirations to be a rich country one day, reducing the amount of waste produced is not an option. Our population growth rate, urban growth rate suggests that the total amount of waste produced can only go up. Unfortunately civic apathy, inefficiency at local government level, corruption and poor funding make change slow and haphazard. So what is the risk?

Mounds of household waste are breeding grounds for all kinds of things from insects including flies to cockroaches, rats and all kinds of scavengers. Some such as marabou storks may just look very ugly, but some scavengers carry diseases. One particular species of fly warns everyone, the aptly named Calliphora vomitoria or bluebottle fly. Its name tells you where it likes to be found.

Bluebottle flies look like the common housefly but are a little larger with bright orange eyes, hairy, metallic green/blue abdomen. Unlike the housefly, of which a single one can buzz around you for hours unless you have a good newspaper to swat it, C.vomitoria like to move around in packs. When one bluebottle picks up a scent of something rotting they appear several, if they find some decaying meat, garbage or faecal matter, they feed and lay eggs.

After a few days the eggs turn into maggots that feed on the decomposing matter. A few more days and the maggots crawl away and burrow themselves into the soil to pupate for two to three weeks, maturing into the adult fly. In adverse weather the pupa stage can delay, no wonder they can appear as if summoned.

The appearance of a bluebottle fly should ring an alarm bell. It means that your neighbourhood is not clean; obviously your house is not. Even if the direct attraction for them is that matumbo you have been pining for and have been too rich to eat, you should immediately review your garbage storage and collection methods. Could there be a dead animal around? Perhaps a rat inside a corner somewhere? What about the septic tank? Or sewer line? Is it exposed anywhere? It is important to be sure that they are not laying eggs around your compound. Of course if your neighbourhood has mounds of garbage in every other corner then, eating matumbo is teasing the bluebottle. But after that can’t you sleep in the nude?

A relatively rare, but used to be common condition is myiasis, infection with fly larva. This occurs when a person with lowered immunity including babies, patients with complications from diabetes, HIV/Aids or lower leg fractures confined to bed have a wound or sore in which the fly lays eggs.

The fly can even lay eggs in soiled clothes, which later infect the person wearing them. Once infected the only cure is to surgically remove the maggot and clean the wound properly. Prevention starts from the community to the individual. Living in an urban area means you really do need to know your neighbours, cooperate and ensure garbage is properly disposed of.

A good governor will know that urban living is not the same as rural life and that the advantages of urban life require significant investment at government level in terms of institutions to make sanitation and waste disposal work. At individual level staying healthy, washing your clothes, allowing them to sun-dry and ironing them well breaks the cycle. As long as you do not ever hear the buzz of Calliphora vomitoria in the day you can sleep easy in the night.