How to preserve food during festive season

Temperatures between five and 60 degrees celsius are ideal for bacteria

• Leftover food should be put in the freezer within an hour or two of being cooked to prevent the spread of harmful bacteria. 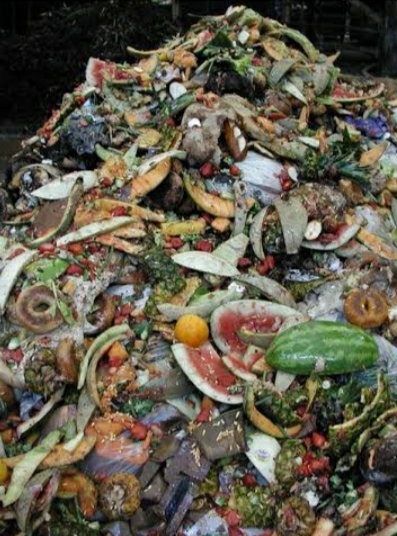 LEFTOVERS: A heap of food waste lying outside a market
Image: File

A lot of food wastage, which happens during the festive season can be curbed by preservation.

During festivities, people tend to be overzealous about food leading to a lot of leftovers.

However, instead of wasting, there are a few ways of preservation.

Leftover food should be put in the freezer within an hour or two of being cooked to prevent the spread of harmful bacteria.

Food also needs to be stored in shallow, properly-sealed containers, to cool quicker.

It is incorrect to wait until food is completely cool before storing in the fridge.

It should be preserved at 60 degrees to break any chunks that aid in heating and it should not be in the fridge for more than six days.

Whether red or white, meat should not exceed two days storage when cooked. Reheating needs to be done above 75 degrees and served when piping hot.

When preserving leftover meat, it is better to store it in sauce or soup because it enables the meat to remain moisturised and taste better once defrosted.

Once you are done cooking vegetables, let them cool to room temperature before sealing and storing them in the fridge.

Refrigerated vegetables should be eaten within two days.

For freezing, boil the vegetables then run them under cold water to halt the cooking process. Afterwards, drain and put it in a freezer bag.

Freezing bread is better than storing it in the fridge as it lengthens its edible life.

By putting bread in a freezing bag, the bread can be preserved for months.

In cases of stale loaves, an effective trick is to sprinkle water on the bread before placing it on a low-temperature oven, which makes the bread tasty once more.

Most people tend to reseal leftover cheese in plastic wrapping, which is ideally wrong because it will cling to the fats and oils affecting its taste.

Cheese is best preserved by grating and storing it in a freezer bag since it will be easier to defrost and still be edible for an extra two or three months.

Cooked pasta can be stored for up to five days in a fridge.

It however lasts for up to eight months when stored in a freezer.

To keep it from sticking together and drying out, add a little olive oil onto the pasta before placing it in an airtight bag.

Frozen pasta should be defrosted, left for a short while, then boiled in water before consumption.

Always have bottle bins for storing utensils such as glasses and plastics used in storing food in the fridge.

Make crispy potato pancakes at home with this recipe

Here is how you can put leftover potatoes to good use.
Sasa
2 months ago

When you make it at home you can decide how hot it can be.
Sasa
2 months ago

Blanching stops the action of enzymes in the food.
Sasa
2 months ago
Post a comment
WATCH: The latest videos from the Star
by NANCY KAMAU
Food
26 December 2022 - 08:01
Read The E-Paper