• The most common style of shirt placket is the front placket. It has a highly formal, business-like aspect

• This shirt placket creates a clean, one-piece fabric look because the placket fabric is folded back and sewn from the inside 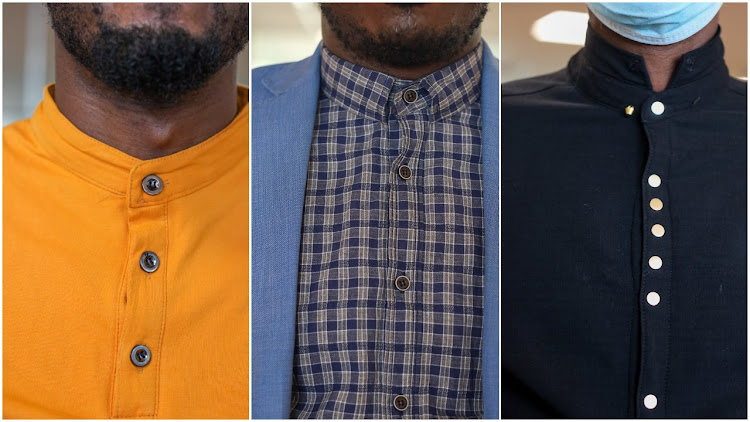 Did you know both long-sleeved and short-sleeved shirts have different layouts of buttons?

The buttons are far and wide, described according to their positioning and number.

There’s a double layer of fabric that holds the buttons on the shirt fastening.

The layer can be found at the centre of your shirt front. This is called a shirt placket.

There is more than one type of shirt placket.

The most common style of shirt placket is the front placket.

It has a highly formal, business-like aspect.

The placket fabric is folded back and sewed to the remainder of the garment.

To get the same aesthetic, it might also include a separate piece of fabric.

This shirt placket creates a clean, one-piece fabric look because the placket fabric is folded back and sewn from the inside.

It might be a bit hard to iron this kind of shirt placket, where you cannot reach the underside.

The simple design is attractive, and it's also popular on casual shirts.

The buttons below the Fly Front are covered by an additional piece of fabric.

One of the more formal options is a covered shirt placket, which is highly attractive.

It gives you the cleanest look you can achieve despite the fact that it is not very common.

This sort of shirt placket is frequently associated with tuxedo gatherings due to its formality.

On casual shirts, this athletic and informal shirt placket is frequently used.

The cloth is also folded back to provide the impression of a front placket, but the lacing section is shorter and only has three buttons.

Simply pull the shirt over your head and close the three buttons to put it on.

The front of the shirt has little fabric folds in this style of tuxedo shirt placket.

The striking appearance of the shirt may be complemented with an elaborate tuxedo or a simple black suit.

The top four buttons, like the basic tuxedo front, can be replaced with tuxedo studs.

A shirt stud is a decorative buttonhole fastening that fits into the front buttonhole of a pleated shirt.

With one notable exception, Tuxedo Front is a tuxedo shirt variation of the French front placket.

Tuxedo studs can be used in place of the top four buttons.

This shirt placket is exclusively suitable for tuxedo shirts, as the name implies.