Oyuga has a new book out 'Things I Wish They Told Me' and it's available on Mgazeti.com

• Her first ever publications on a major platform sent her straight into a panic mode – was not ready or even used to the negative criticism coupled up with insults.

• She is bold, outspoken, and never afraid to challenge the already existing norm in society. 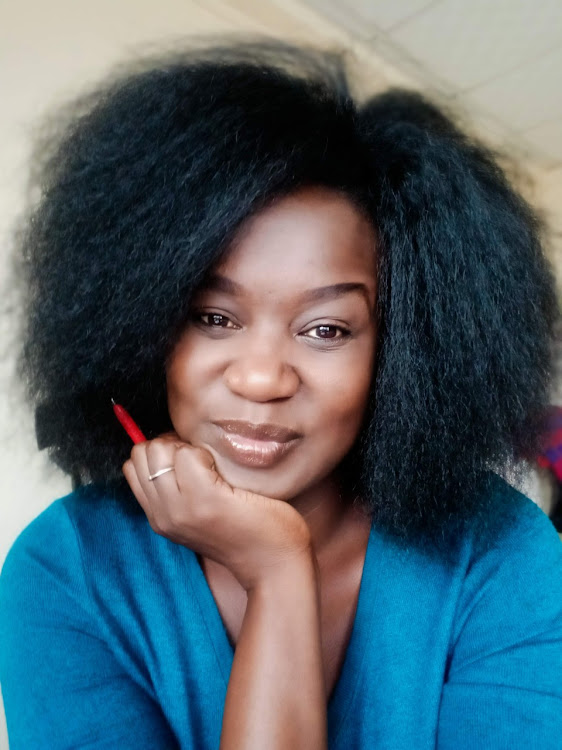 They always say that a book is a gift that one can open again and again. Well, allow me to introduce you to Felgonah Oyuga – a superb author and columnist with The Star Publication.

She is bold, outspoken, and never afraid to challenge the already existing norm in society.

You have probably come across her name (Felgonah Oyuga) online or even in the papers. Those who know that name from The Star Publication might see controversy but to her, she is just an opinionated and passionate writer who expresses herself through writing and challenging the existing narratives in society.

Her first ever publications on a major platform sent her straight into a panic mode – was not ready or even used to the negative criticism coupled up with insults.

If you ask me she rattled the snake. How dare you question baby showers and their purposes in this era and age? Yes! An article about baby showers landed her in trouble with a section of her readers and she tells the story.

The experience, according to Felgonah only acted as a catalyst as she is now used to constructive and negative criticism, whenever she puts up a piece on The Star Publication.

I got a chance to have a sit down with her (Felgonah Oyuga) and ‘Let me tell you Maina’ our conversation was superb.

So, was she born in Nairobi or she travelled by Bus to the capital?

“I was born in Kisumu because my parents had me when they were still in University. Then from Kisumu, they came to Nairobi where they started working, so I have lived in Nairobi. I’m Nairobi bred not born. I schooled at Westlands Primary, high school I went Musongari and later joined Buruburu Institute of Finance,” she says.

Immediately after her college education, Felgonah got married to her then-boyfriend but their marriage did not last long.

“I got married and had four kids, but as quickly as I got married, I quickly left the marriage.

“We were still young and age mates because we got married at 22. Then you grow up and you don’t grow together. It was - cheers, cheers. But at first, we tried but it was not working.”

During our conversation, Felgonah mentioned that she opted to focus on raising her kids and writing after the marriage crumbled.

“I have written for different publications Online (True Love, Moms Village) and The Star where I have stayed the longest. I have also authored a book,” Felgonah divulged.

Felgonah narrates that she realised that she could write when she was in class four, after she wrote a composition about her mother and it turned out to be the best.

“From there on I have always had an interest in English and French. Swahili has been a problem for me.”

Felgonah’s father was a lawyer and just like any other parent he wanted his daughter to follow in his footsteps but unfortunately, she was a rebellious kid.

She notes that anything the father told her to do, she did the contrary, but maintained the writing bit.

The first writing gig that earned Felgonah money was handed to her by Carole Mandi of True Love magazine.

“She read some of my pieces and reached out saying she liked how I write… she also encouraged me to take online courses to sharpen my skills. She opened my eyes because before I was just writing for fun,”

She adds, “I have always been opinionated but sometimes you write and hold back until I started writing for the Star in 2018.”

She was introduced to The Star publication by David Makali who was in charge of the brand back then.

Her first article in the publication was about baby showers and it rubbed people the wrong way. Many were triggered by her opinion.

“My 1st article for The Star was about baby showers and after reviewing the article he said we were good to go (Every Thursday). I was excited, waiting for Thursday to come, I bought the newspaper, and I was also online waiting to see my story. I didn’t even sleep well that night.

Despite her first article going live on The Star website, Felgonah was still afraid as a writer.

“I was scared like maybe I’m not good enough but David was like your article has to go with your name and Face – No Pseudo account. The next day I get the article, I share it with a few friends and now people are abusing me… I wrote about baby showers, why would you abuse me?” she asks.

The insults prompted her to reach out to Makali who was not picking her calls and ended up regretting why she used her real name and photo on the byline.

“I spent like an hour trying to call David Makali and he sends me a message saying he is in a meeting. Later, he calls to ask what's wrong. I was like, they are calling me names, abusing me and he goes like, that’s all?” Felgonah narrates.

Makali used the opportunity to prepare her for what was to come, as far as her contribution to The Star was concerned.

He told her that it was going to get worse and she should calm down, get over it, and avoid reading comments on Facebook.

According to the author, Makali told her she should only read emails about the article because it would have come from someone who has put his thoughts together.

“Read that, whatever it is, positive or negative, then respond,” she was told by Makali who was then Head of Content.

In her article, Felgonah was challenging the idea of baby showers being pegged on money and contributions, and those who don’t contribute for whatever reason are treated as fake friends or even cut off.

“You have nine months to plan for the baby. Why are you making it our baby? That baby is for two people and they have 9 months to plan. You can’t say I’m only a good friend if I contribute towards the baby shower… I found it exploiting friendship,” she said.

“It’s really unfair, arrogant, and using somebody, just because I’m not announcing it doesn’t me I’m not going through something. You might be going through hell and I’m saying you can only be my friend if you give me something.”

The opinionated Felgonah argued that people should be considerate of others and stop equating friendship to money.

“We need to be more sensitive, I can’t be your friend just because of what I can offer you. People should only contribute if they can and not mandatory. We have reached a point where we are exploiting people,” she opined.

What is that one lesson that Felgonah has learned, while writing for The Star Publication?

“People don’t like being told the truth. We really like sugarcoated things. I have even had a pastor send me an Email to curse me and all manner of things because people hate the truth and even the messenger more.”

She is now an author with a new book called; Things I Wish They Told Me (How to enjoy a relationship with an African Man).

“The book was launched five months ago and it's available on Mgazeti.com and it cost only Sh300. Hard copies of the booked will be released later because this is just part 1 and it is supposed to be a series until part 6, then we can compile a hard copy,” she said. 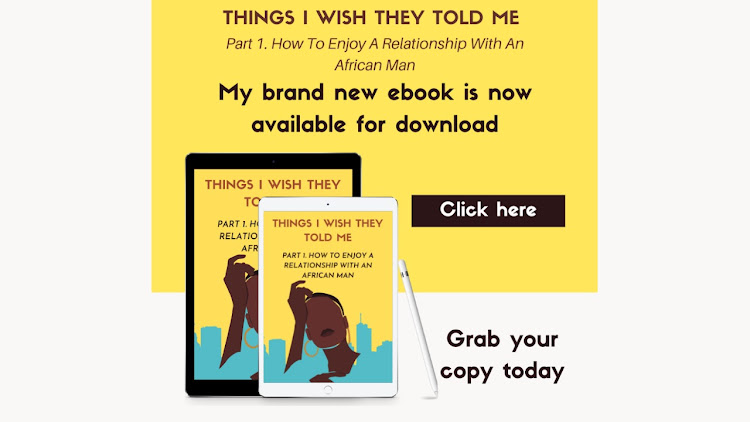 During the interview, I wanted to find out if the reading culture in Kenya scares her and did she factor that when writing the book?

“I hate to admit it…as a collective, we don’t read as we should since we now have a lot of information on our phones but people are still ignorant,

“What surprised me more is that African women don’t read. I found it when I started writing professionally. My topics are for women but surprisingly people who are always abusing me and reading my articles are men,” Felgonah noted.

She used the opportunity to address people who have branded her a feminist due to the nature of her column on The Star.

“If you really understand my work, I’m not interested in Feminism, especially the one imported from the West, it doesn’t add anything to us.”

What are you looking to achieve with this Book?

“My writing for me is my mark. When I have this book out, someone, somewhere is going to read it and it might change something or start a conversation, so that’s my drive.”

Apart from Mgazeti, Felgonah mentioned that she is approaching other platforms to put the book on and make sure the soft copy reaches as many people as possible.

“I just want to make women think. I’m pushing a narrative where women can challenge, and question things,” she added.

Out of curiosity, I sought to find out, why the title “Things I wish they told Me” and why should one read the book?

“I really wish the women before me told me the truth. They really coated for us. We were told, just go as long as you are good woman things will be good but that was not the case. I wish they told us, you are living with another human being and you are both adults trying to figure it out…

“They tried to make us manipulate a situation and you can’t manipulate a human being that doesn’t want to change… Tells us the truth, get into it and treat the other person the way you’d like to be treated and if it’s not working figure out something else.”

Felgonah also insisted that an African man is a polygamous man and the earlier women accept this fact the better.

“Let’s accept some truth read the book and start a conversation. Nobody ever includes men in conversations about relationships,” she said.

Clearing the air, Felgonah said that she supports polygamy as long as the man can provide for his family.

“You can’t own somebody and the arrangement for one man and one woman is not working. Our grandfathers knew something.”

What should one expect when reading your book?

Felgonah replied, “Read it with an open mind. It is not a blueprint and I’m not advocating for you to do anything. I’m saying think! You don’t have to hold the same opinion as mine, but I would like you to think.”

As a parting shot, the bubbly author advised that;

“Just because I’m in a relationship with you doesn’t mean that I’m you. Two individuals come together, sometimes it works and sometimes it doesn’t and when it doesn’t it just means that.”

She called out people who tend to discuss their problems with other people except for the person they have issues with.

Post a comment
WATCH: The latest videos from the Star
by DENNIS MILIMO
Entertainment
18 January 2023 - 09:48
Read The E-Paper