He made it clear their marriage did not end because of infidelity issues. 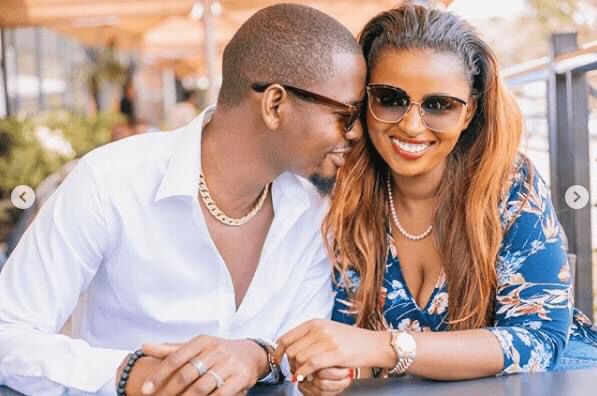 Ben Pol dated Anerlisa for years before they decided to formalise their relationship through a wedding held in May 2020.

The marriage however could not survive a year since they parted ways in February 2021.

While speaking in an interview blogger Millard Ayo, the musician said that their three-year marriage was more about showing off online than enjoying the real benefits of marriage.

"To be honest, I shouldn't be a liar, I didn't really enjoy the marriage. The marriage plans to have children, I've never seen. I didn't see marriage as I do with other people," he said.

The musician however admitted he made more money during his marriage to the Keroche heiress.

However, he stated that he feels he may have been used by his ex-wife to achieve her goals in life.

"I feel like I entered the picture to bring that perfection," he said.

The Bongo RnB singer noted that his relationship with Anerlisa was the first real one that ever happened in his life and thus he had high hopes for a good marriage.

He admitted that she had invested all her feelings and love in the relationship before things went wrong.

"The level of love, the level of commitment and the level of dedication that I had given to her had never happened before. I have never loved another person before her. It was the first relationship that really sank in and I was fine," he said.

Ben made it clear that their marriage did not end because of infidelity issues.

Despite their almost two-year separation and everything that happened between them, he said he holds no grudge against her.

He also hinted that he still has feelings of love for Anerlisa in his heart.

"We are talking. We chatted on WhatsApp in June. There were some of her things here, I was going to Nairobi, so I went to get them for her. But I didn't go myself, I ordered someone to take them to her but we were just talking," he said.

In addition, Ben Pol noted that although their marriage was not successful, his ex-wife has the right to be loved by another.

Post a comment
WATCH: The latest videos from the Star
by PURITY WANGUI DIGITAL WRITER
Entertainment
13 January 2023 - 16:19
Read The E-Paper