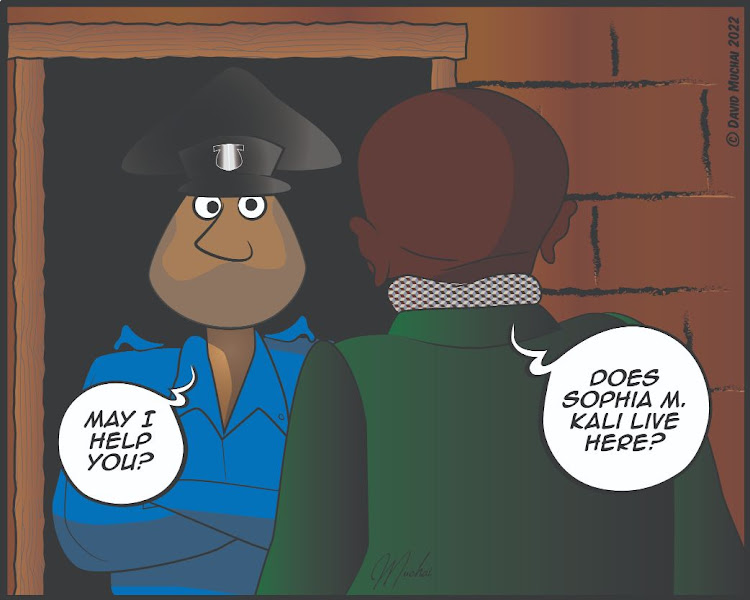 Everyone and their mama are walking around, lamenting Brazil’s unexpected early exit from the Fifa World Cup.

The same people are walking around, praising Morocco’s historic advancement — the first African team (if we can call them that) to reach the World Cup semi-finals. Even my not-so-profound brain can spot the hypocrisy in their reasoning.

“What hypocrisy?” Sophia asks immediately following the South American’s loss to the embattled Croatians on penalties. “Can’t we be jolly and melancholic at the same time?”

“I don’t know what melancholic means, but—”

“A dumbhead I might be, but if a so-called African team is to… say win this World Cup, doesn’t that mean the so-called ‘favourites’ have to be gone?”

“There you go again.” She throws up her arms. “What do you have against Morocco? Are its citizens not black enough for you?”

“First of all, the commentators keep referring to the Arabic community when they talk about Morocco.”

“And following that logic, my grandmother kept mentioning giants in her stories. Does that make them real?”

“It would, if they put in an application to be considered human.”

“What?” She shakes her tresses, eyes squeezed to I-can’t-believe-I’m-hearing-this slits. “The hell are you jabbering about?”

I whip out my phone and read. “‘In 1987, Morocco applied to join the European Communities, the precursor to the European Union.’ I think that means before it became—”

“I know the meaning of precursor, moron.”

“‘The application was rejected on the grounds that Morocco was not considered to be a “European country” and hence could not join.’” I give her eyes full of pride. “Does that sound like people who are proud to be African?”

“Makini, why do you even know that? I’ve never seen you interested in anything beyond the big tree that marks the bounds of Jiji Ndogo.”

“Honestly, it’s all because of you — the way you keep calling me a moron. Well, there’s a lesson you got from a moron.”

“What do you mean you have to go? It’s already nighttime.”

She fetches her handbag and heads out.

“Two days?” My boss — and Sophia’s father — Inspector Tembo’s body shakes when I visit him to enquire if she might be there. “You wait two whole days to tell me my daughter is missing?”

He cups his ear. “Say that again?”

“She said she had to go and walked out of the house.”

“Makini, are you testing me or are you plain being a moron?”

“Same thing Sophie called me before she left, sir.”

“Of course, she did. How else do you think someone can be missing if they’re not outside the house? Had she not walked out, would she be missing?”

“Stop guessing and go look for my daughter. And Makini,” he adds as I slink away, “you better find her or I’ll find you.”

Even with Tembo’s threat ringing in my ears, I can’t find Sophia anywhere I think to look. I return home exhausted and out of ideas.

A knock on the door raises my hopes, only to open it and encounter the face of a large man I’ve never seen in Jiji Ndogo before.

“No, moron. I’m here to collect the fifty grand she owes me on the bet she put down on Brazil.”