Mariah Carey is officially not the 'Queen of Christmas'

Her application has been denied by the US Patent and Trademark Office.

• The star has become synonymous with the festive period since the release of her 1994 track, All I Want for Christmas Is You.

• Chan - dubbed "Queen of Christmas" by The New Yorker in 2018, for having put out original festive records every year for a decade - criticised Carey for attempting to monetise Christmas. 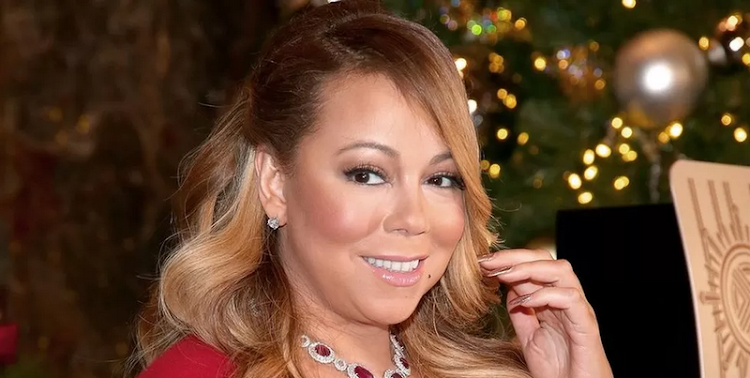 Mariah Carey's application to trademark the moniker "Queen of Christmas" has been denied by the US Patent and Trademark Office.

The American star's application was denied after her company did not respond to another singer's opposition.

The trademark would have given her the legal right to stop others from using the title on music and merchandise.

Carey also failed in attempts to trademark the abbreviation "QOC " and "Princess Christmas".

The star has become synonymous with the festive period since the release of her 1994 track, All I Want for Christmas Is You.

Completing a journey 26 years in the making, the ubiquitous festive classic finally reached number one in the UK singles chart in 2020.

Carey's company Lotion LLC applied for the yuletide trademark last year, leading to another singer, Elizabeth Chan, putting in a legal challenge in August, in an attempt to block her from obtaining the registration.

Chan - dubbed "Queen of Christmas" by The New Yorker in 2018, for having put out original festive records every year for a decade - criticised Carey for attempting to monetise Christmas.

"I feel very strongly that no one person should hold onto anything around Christmas or monopolise it in the way that Mariah seeks to in perpetuity," said Chan in an interview with Variety in August.

"That's just not the right thing to do. Christmas is for everyone. It's meant to be shared; it's not meant to be owned." 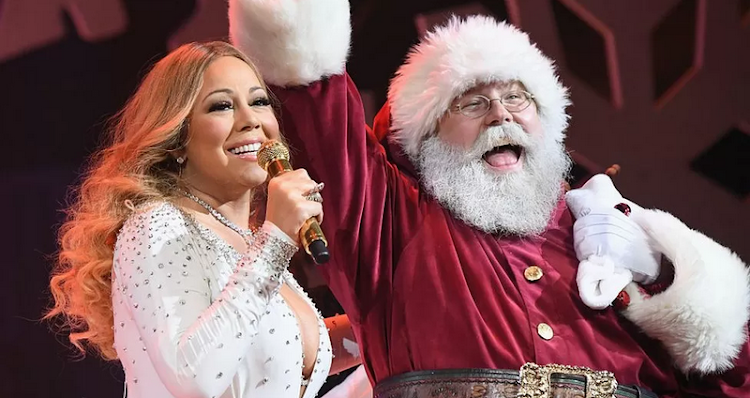 Her Christmas hit has been streamed more than a billion times on Spotify
Image: GETTY IMAGES

Chan went on to say Carey had been "trying to trademark this in every imaginable way" from music, clothing and alcohol, to "masks, dog collars - it's all over the map".

"If you knit a 'Queen of Christmas' sweater, you should be able to sell it on Etsy to somebody else so they can buy it for their grandma," she went on. "It's crazy - it would have that breadth of registration."

Carey's company did not respond to Chan's opposition in time so the trademark was not granted, meaning knitters around the world can continue without fear of breaching Christmas copyright.

The BBC has asked Carey's team for a comment.

Another singer, Darlene Love, previously took to Facebook to say she had been "Queen of Christmas" since before Carey rose to fame.

Love is known for her Christmas classic Christmas (Baby Please Come Home) and covers of hits such as Winter Wonderland and White Christmas.

Earlier this month, it transpired that Carey was no longer being sued for copyright infringement over her own Christmas hit, after country singer Andy Stone dropped his legal action.

The songwriter - who performs under the name Vince Vance with the band Vince Vance and the Valiants - sued the popstar in June, claiming he co-wrote a song with the same name five years earlier.

He told a court he would dismiss the case - but legally he could still refile it.

Christmas came early for Carey last week, when Netflix treated her to a special early screening of series five of The Crown at her home as a reward for being the show's "ultimate superfan".

Adele's single Easy on Me and Beyoncé's Break my Soul are each up for song and record of the year.
Sasa
1 week ago

Grammy nominations for African star Tems and others

She has been nominated for her writing on Beyonce's Renaissance album.
Sasa
1 week ago

The songwriter said he co-wrote a song with the same title five years earlier.
Sasa
5 months ago
Post a comment
WATCH: The latest videos from the Star
by BBC NEWS None
Entertainment
16 November 2022 - 15:50
Read The E-Paper