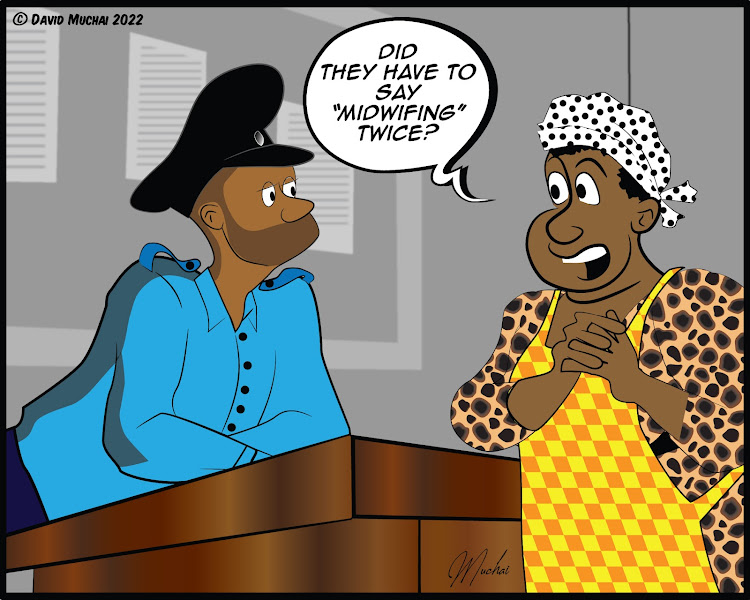 Like everyone in the country, Jiji Ndogo had waited with bated breath for the Supreme Court ruling. What’s in doubt is exactly what different people had expected to hear.

As law enforcement in our sleepy village, the police post is usually more of an Utumishi Kwa Wote facility rather than a security provider. Through the years, we’ve had to explain the rising cost of living, oversee elections, act as a mental health institution, explain Covid-19 (the other day a denizen asked me if maybe Covid skips two years like the Olympics (I know) and it will come as Covid 22) and just about anything else you might imagine.

After the election petition was filed, we had to contend with Chifu, our loony area chief. “What is this I’m hearing about another chief?”

“What are you talking about?” Sgt Sophia said.

“Don’t act like you don’t know. Cases are now taken to another chief for justice. And I hear it’s a woman. Since when did women become chiefs?”

“It’s Lady Chief Justice. At the Supreme Court, not in Jiji Ndogo.”

“There’s no court supremer than mine. Okay, maybe the DC’s court, but that’s it.”

Once the petition was decided, denizens flock the police post. By flock, I mean 10 or 15 of them, but in our village, that’s a riotous mob.

“It’s our MP who will lower unga prices,” replies another.

This brings a brief scuffle, but we settle it quickly.

Then Bertha, our resident midwife, pushes to the front. Surrounded by a bunch of kids, she speaks up solemnly. “The lawyers said they weren’t pleased with the language used by the court.”

Sophia and I exchange glances. “So?” I ask.

“I, too, have an issue with their language since it’s become a source of distress for me,” she says.

“As someone who’s been in my practice for many years, handed over by generations of Berthas, I take offence in the misuse of the term ‘midwifing’ used by both the Supreme Court and our outgoing President.”

“They said our institutions midwife our democracy.”

“What’s wrong with that?”

“You should ask Mama Kadogo. And Mama Boi. And all the other mothers who brought these kids to me.

“I brought these children to the world, now their mothers are saying that if our democracy was born after the multiparty era began, and to this day it is still being midwifed, then my duties shouldn’t stop at helping them deliver.”

I ask, “So why did they bring you the kids?”

“Aren’t you listening? They want me to keep midwifing the brats. I’m a birth facilitator, not a babysitter.”

“You can stay back,” says Sophia. “We’ll charge the mothers with neglect and child endangerment.”

“I don’t get it.” I can feel patience oozing out of me like water out of a leaking dam. “You approach us with a complaint, but you don’t want our help. What is it you want us to do?”

“You want me to lose my clients? Mama Kadogo and Mama Boi are currently pregnant. Who do you think will deliver Constance Petition and Dipstate Kalemba?”

“Petition and Dipstate?” wonders Sophia. “Are those parents crazy?”